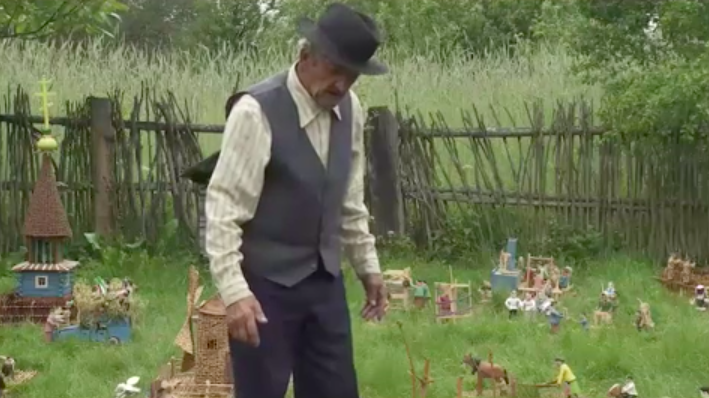 Wooden People is a 27-minute documentary that tells the story of Mikalaj, the only person living in Belovezhskaya Pushcha, a small village in Europe's largest forest.

Belovezhskaya Pushcha was once crowded with people, but they have either moved away or died. I got choked up when I learned that Mikalaj has a difficult time with the solitude of his lifestyle, yet has the most beautiful way of dealing with it.

Mikalaj has produced hundreds of wooden figures representing every sort of farm work and every phase of human life. His small characters work, love, marry, give birth, divorce, drink, and die. The tiny society has even a nuclear bomb that threatens the very existence of a miniature mankind. That is how Mikalaj lives: working in the fields like his ancestors did, talking with his little men.

It is stunning to see Mikalaj's creativity and devotion to his wooden world. 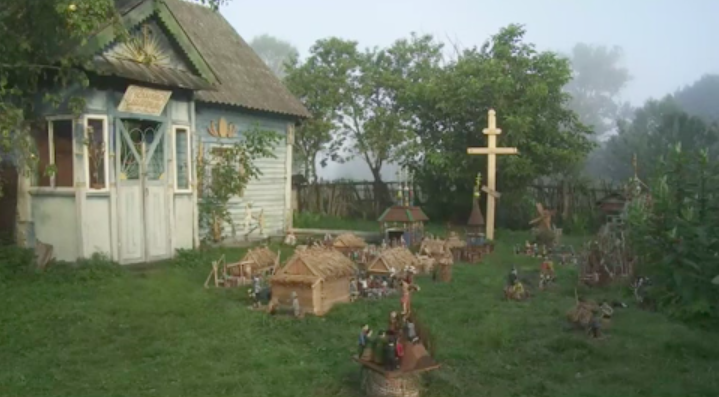