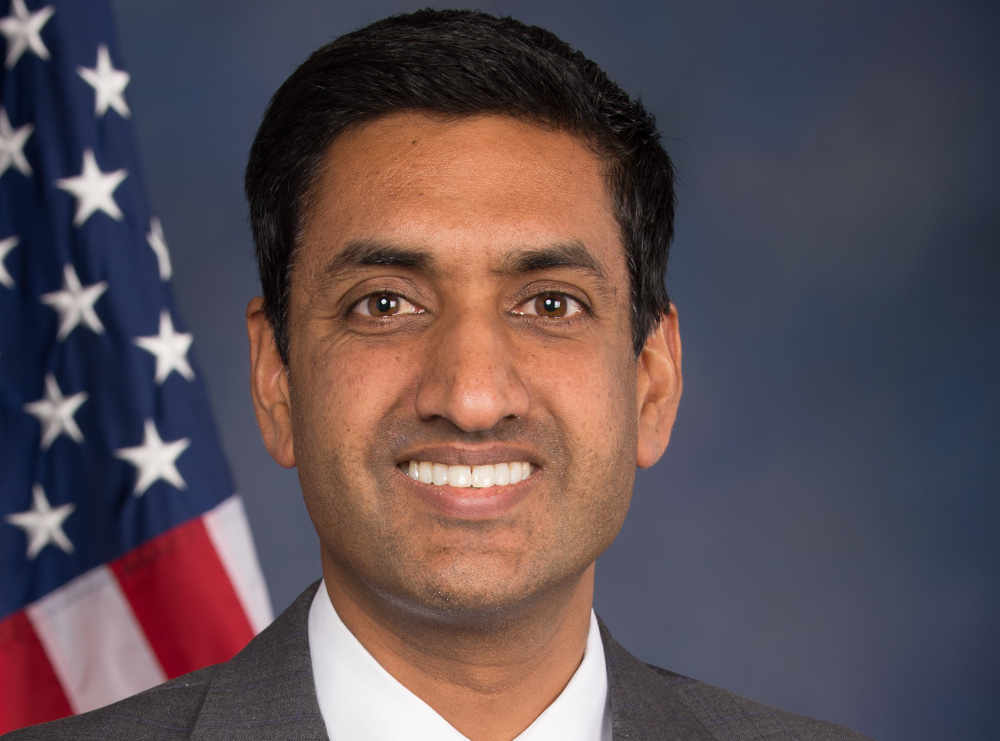 Before there were Nixie tubes, there were edge-lit displays: "Each digit panel has a tiny incandescent lamp associated with it that lights when that the numeral on the panel is to be displayed. When the tiny lamp corresponding to a given digit panel lights, the light is injected into the edge of the plastic panel. The engraved area in the plastic causes interference with the light as it travels through the plastic, and some light is refracted out through the plane of the panel, causing the engraved dots making up the digit to light up with a white glow. The resulting digits look much like the fully formed numerals in a Nixie tube, except rather than an orange glow, the Canon display digits give off a cool white glow like that of an incandescent light bulb." Read the rest

Two of our happy mutants: the science writer Stephen Johnson and the oblique strategist Brian Eno on the nature of art, literature, and science. Read the rest

5 bizarre board games you should try playing just once 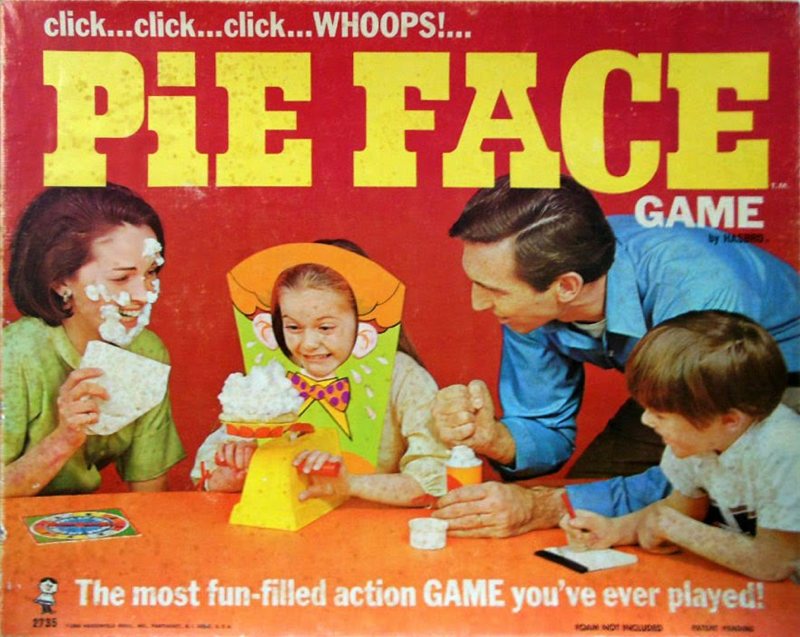 Lots of board games from the 20th century just plain suck. Monopoly and Risk are positive-feedback games where the first person to gain a slight advantage inevitably becomes the runaway winner a couple of tedious hours later. In Candy Land the winner is determined when the deck is shuffled – players make no decisions (other than the wise one of burning the game and burying the ashes in salted earth). And calling out random numbers in an attempt to score a hit in Battleship is, as Steven Johnson points out, "about as mentally challenging as playing Bingo."

The board games below all suffer from similar problems plaguing the ones above. But they also have one or more additional qualities -- an inane theme, offensiveness, bad illustrations, unintentionally funny cover lines, or an ineffable WTFness -- that make them worthy of note, or at least mockery. Let the fun begin!

2. Gomer Pyle Game (1964) Transogram, makers of this execrable TV show tie-in game, should have called it quits with its most famous game, Tiddledy Winks, which at least required skill to win. According to Charlie Claywell, "the game is played by rolling the dice and each player tries to finish first so they can salute Sergeant Carter."

3. Ice Cube (1972). This sadistic game undoubtedly inspired many a young sociopath to pursue a career in the CIA or Chicago Police Department. Read the rest 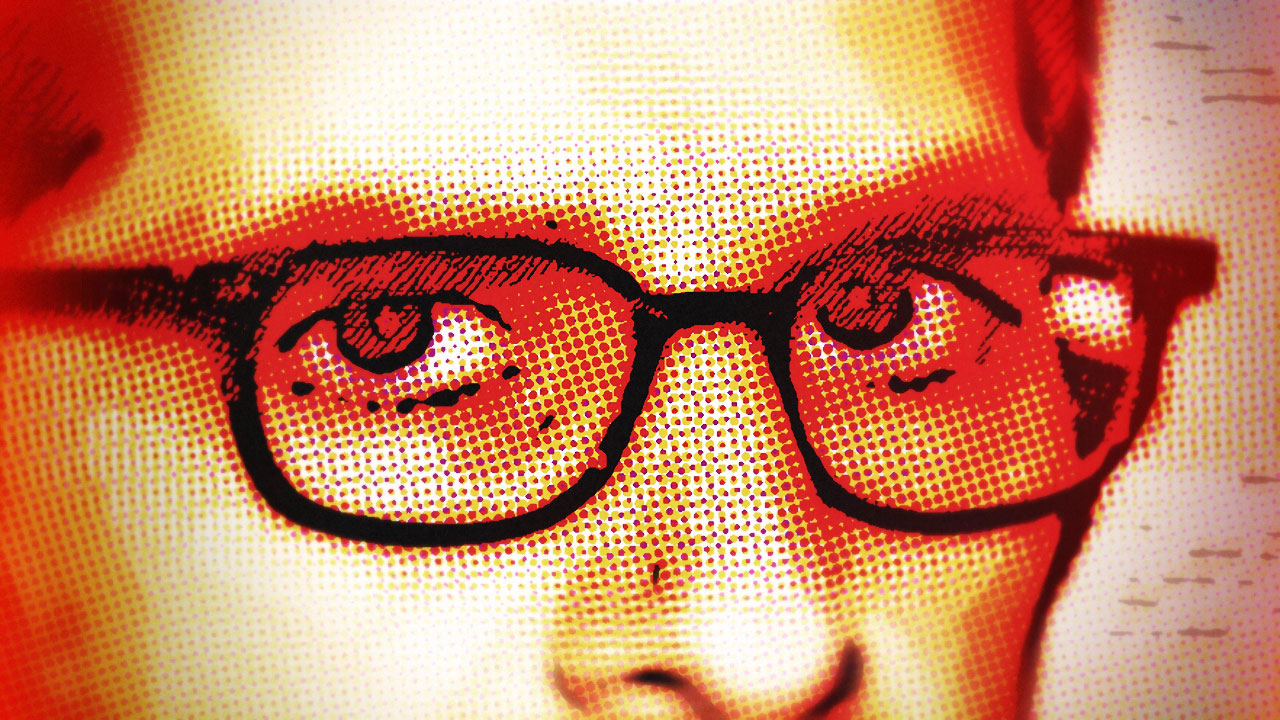 How We Got to Now: Six Innovations That Made the Modern World

Steven Johnson blends the history of science with keen social observation to tell the story of how our modern world came about—and where it's headed. Cory Doctorow reviews How We Got to Now, also a six-part PBS/BBC series, which ties together a lifetime of work
Cory Doctorow / 9:00 am Sun, Oct 5, 2014

Great ideas that changed the world, and the people they rode in on

To inaugurate the publication of his brilliant new book How We Got to Now: Six Innovations That Made the Modern World (also a PBS/BBC TV series), Steven Johnson has written about the difficult balance between reporting on the history of world-changing ideas and the inventors credited with their creation Read the rest

Over at Medium, Steven Johnson, author of How We Got To Now, writes about how the 19th century invention of flash photography shined a light on poverty.

"Flash Forward: How We Got To Know" Read the rest

Trailer for Steven Johnson's new PBS series, "How We Got to Now"

Steven Johnson -- a real favorite around here! -- has a new six-part PBS show coming this October called How We Got to Now, along with companion book. The trailer (above) gives a tantalizing hint of how great this show will be, as does the excerpt from the first episode that's also available. (Thanks, Steven!) Read the rest

Future Perfect: an optimistic look at the future of networked politics

In Steven Johnson's latest, Future Perfect: The Case For Progress In A Networked Age, he proposes that people who believe in the Internet are not techno-utopians, but rather "peer progressives" -- people who believe that progress is possible when peers work together through non-hierarchical, networked systems.
Mark Frauenfelder / 8:58 am Fri, Oct 12, 2012

Author Steven Johnson spoke to the Gameological Society about his latest book, Future Perfect: The Case For Progress In A Networked Age, and the games he enjoys playing.

The Gameological Society: What are you playing this weekend?

Steven Johnson: Well, I’m on book tour, so there’s very little play. When I get home, I will no doubt be watching my children—who are obsessed with Uncharted 2, or Uncharted 3, I guess—on the PlayStation. Which I might join them a little bit for. Book tour tends to suck up all your spare fun time.

Gameological: Is it a different experience for you, playing games with your kids? As opposed to gaming before they were around?

Johnson: The coolest thing that we had for a while there—they haven’t been playing it as much—we had this great thing going which one of these days I want to write about. We both were playing kind of separately that game Dawn Of Discovery. It’s a beautiful game that simulates a 14th-century trading empire. It’s a classic simulation, very complicated, with lots of variables. One of the things that’s so powerful about it as an intellectual exercise is that you have to think on all these different scales and from all these different perspectives. So you have to think like a city planner, an admiral, a spice merchant, some industrialist type who is building an iron mine, and this is what they’re doing for fun, building this little trading empire.

What are you playing this weekend? Read the rest

Jeff Koons claims to own all balloon dogs

Lawyers representing Jeff Koons, the pop artist known for remixing common objects and other peoples' art, have demanded that San Francisco's Park Life stop selling book-ends that look like balloon dogs. Koons's lawyers argue that since Koons once produced a set of iconic statues of balloon dogs, all representations of balloon dogs are henceforth Koons's exclusive purview, and anyone who makes or sells a balloon dog infringes on Koons's copyright.

I always say that every pirate wishes he was an admiral, but it's not often that you get as clear an example as this: having built a career on the flexibilities in copyright law that allow artists to make transformative use of the works around them, Koons now wishes to terminate those flexibilities and award himself exclusive rights over all the works he's made, and the works that inspired them.

This is a textbook case of why artists who argue against copyright flexibilities should be viewed with great skepticism; like the established fashion designers who say that it's unfair that clothing patterns don't qualify for copyright (and never mind the fact that all these designers benefited enormously from the right to copy popular designs when they were starting out), Koons believes that copyright flexibilities should only apply to him, and not to the artists who come after him.

can koons own something that existed before him?

Welcome to the second half of the 2010 Boing Boing Gift Guide, where we pick out some of our favorite books from the last year (and beyond) to help you find inexpensive holiday gifts for friends and family. Can you guess who chose a Sarah Palin book?
Cory Doctorow / 8:24 am Thu, Nov 11, 2010

This week, Rick Kleffel, one of my favorite book interviewers, talks to Kevin Kelly about his book What Technology Wants, one of the best books I've ever read about technology. The conversation is fascinating.

Kevin Kelly's WHAT TECHNOLOGY WANTS: how technology changes us and ... What Technology Wants Kevin Kelly and Steven Johnson in conversation Read the rest
Cory Doctorow / 6:52 am Wed, Oct 6, 2010

Science writer Steven Johnson's latest book, Where Good Ideas Come From: The Natural History of Innovation is, in some ways, a classic Johnson book: drawing from diverse sources across many disciplines, Johnson recounts historical scientific breakthroughs and draws from them parallels to modern technology, particularly networked computers and the way that they shape the societies around them.

But in another way, this is a very different kind of Johnson book. Unlike recent science histories like The Invention of Air or The Ghost Map, Johnson doesn't limit himself to a deep, biographical account of a single invention. Rather, Good Ideas is a sweeping survey of many, many inventions, some dating back to antiquity, and a comparison of these innovations to the innovations that occur on the grand scale -- in the natural evolution of new species and ecosystems -- and on the micro-scale -- the way that neuronal clusters alternate between synchronized, orderly firing and wild chaos to birth new ideas.

For Johnson, the secret lies in the "thin air" -- the unplumbed space we credit for the "sparks of brilliance" and "happy accidents" that create new connections, strategies and thoughts. Read the rest

Steven Johnson and Kevin Kelly both have provocative new books out. Steven's is Where Good Ideas Come From: The Natural History of Innovation while Kevin's is titled "What Technology Wants." Wired sat them both down for a conversation. The way these two think, talk, and riff, I'm glad I wasn't the one responsible for editing that chat down into a couple of pages of readable text. From Wired:

In Where Good Ideas Come From: The Natural History of Innovation, Johnson draws on seven centuries of scientific and technological progress, from Gutenberg to GPS, to show what sorts of environments nurture ingenuity. He finds that great creative milieus, whether MIT or Los Alamos, New York City or the World Wide Web, are like coral reefs–teeming, diverse colonies of creators who interact with and influence one another.

Seven centuries are an eyeblink in the scope of Kelly’s book, What Technology Wants, which looks back over some 50,000 years of history and peers nearly that far into the future. His argument is similarly sweeping: Technology, Kelly believes, can be seen as a sort of autonomous life-form, with intrinsic goals toward which it gropes over the course of its long development. Those goals, he says, are much like the tendencies of biological life, which over time diversifies, specializes, and (eventually) becomes more sentient...

Kelly: It’s amazing that the myth of the lone genius has persisted for so long, since simultaneous invention has always been the norm, not the exception. Anthropologists have shown that the same inventions tended to crop up in prehistory at roughly similar times, in roughly the same order, among cultures on different continents that couldn’t possibly have contacted one another.