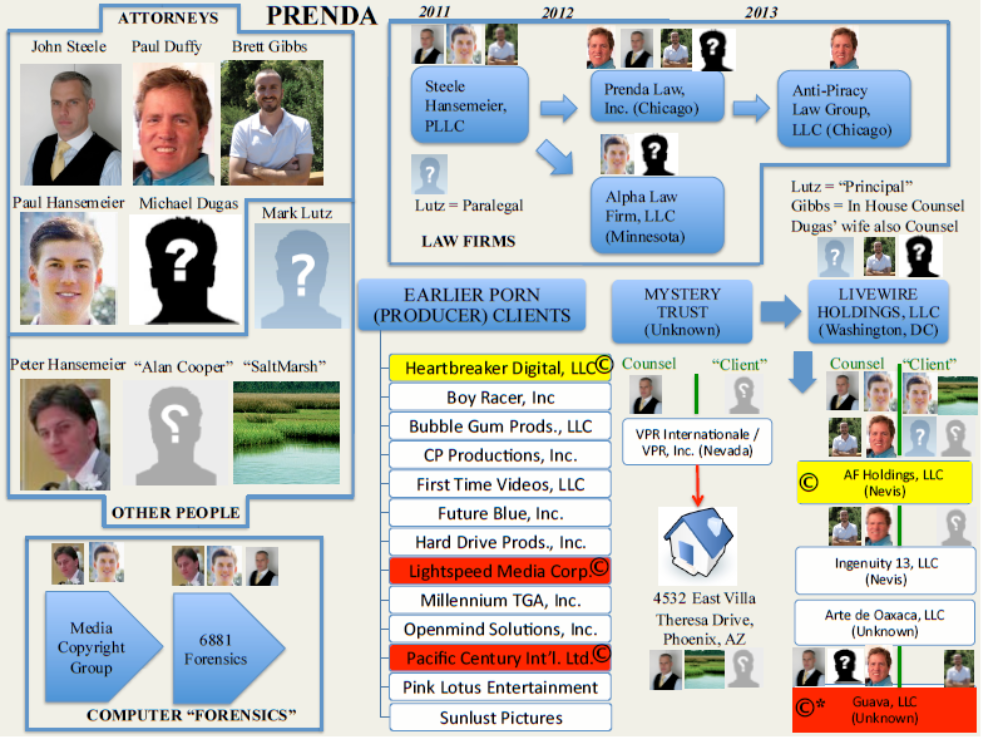 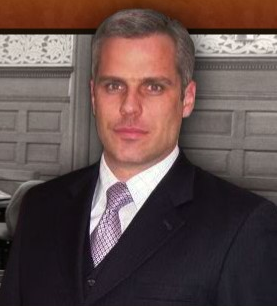 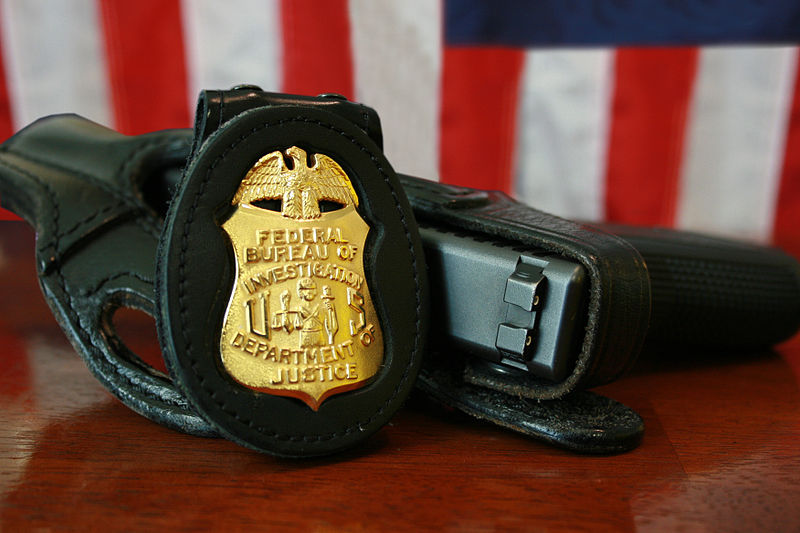 The judge has fined Prenda $80,000 ($40K in fees, doubled for punitive measure) and asked the FBI to investigate them for racketeering. He held that their operation was a fraud, that they had committed identity theft, and, importantly, identified Steele, Hansmeier, and Paul Duffy as the "de facto owners" of Prenda. He's asked the lawyers' bar associations to have them disbarred. And he made a lot of Star Trek references!

Nevertheless, it is clear that the Principals’ enterprise relies on deception. Part of that ploy requires cooperation from the courts, which could only be achieved through deception. In other words, if the Principals assigned the copyright to themselves, brought suit in their own names, and disclosed that they had the sole financial interest in the suit, a court would scrutinize their conduct from the outset. But by being less than forthcoming, they defrauded the Court. They anticipated that the Court would blindly approve their early-discovery requests, thereby opening the door to more settlement proceeds.

As for penalties, they begin with attorneys' fees. Prenda will have to pay these to the two defense lawyers who have been instrumental in this case: Morgan Pietz and Nicholas Ranallo.

Today marked the long-awaited courtroom showdown of notorious copyright porno trolls Prenda Law (previous posts) and United States District Judge Otis D. Wright II, the judge who figured out that Prenda was running something that looked a blackmail racket that involved systematic fraud against courts around the country. After stalling and fum-fuhing, Prenda's lawyers and principals were dragged before Judge Wright, where they sat for a hearing that ran for 12 whole minutes before Wright furiously banished them from his courtroom. Ken "Popehat" White was there, and sent tantalizing tweets about the total trainwreck he'd witnessed, which he has now had a chance to write up in full.

In a nutshell, the Prendateers showed up and took the Fifth, refusing to speak. Their lawyer tried to enter some argument into the record, but the judge didn't allow it. Prenda had filed no briefs, and had been called to answer basic, factual questions about lawsuits. Wright wasn't happy about it. Ken has written up a list of likely consequences Prenda will now face. It's not pretty. At very least, the firm and its activities are at an end. At most (though not likely), this could end in prison for the principals here.

Judge Wright grew steadily and visibly more outraged. "I want to know if some of my conjecture is accurate — and the only way to know is to have the principals here and ask them questions. This is an opportunity for them to protect themselves," he said. But Steele's lawyer confirmed his client would exercise his right to remain silent.

Popehat's Ken White attended a hearing in United States District Court Judge Otis D. Wright II's California courtroom. Judge Wright is the judge most likely to put a halt to the astounding shenanigans of the notorious porno-copyright trolls Prenda Law, who have been accused of lying to the court; blackmailing thousands of people with legal threats ("pay up or we'll file a lawsuit that will forever associate your name with pornography with an embarrassing title"); and, incredibly, stealing the identity of a humble caretaker and naming him the CEO of a semi-fictional company that allegedly hired the firm to make all those legal threats.

Judge Wright ordered all the parties to show up in his court yesterday -- the Prenda lawyers, the caretaker, defendants' lawyers, and more -- but not everyone obeyed his order. The main party in the courtroom was Brett Gibbs, a junior-seeming lawyer who appears to have been made bagman for a big con that he was only dimly aware of. White's writeup is somewhat sympathetic ("a young attorney out of his depth who fell in with the wrong crowd and made bad choices") but remember: he was a knowing part of a racket that terrorized thousands and thousands of people with what amounted to legal blackmail, where the demand came to "Guilty or innocent, you need to pay up or have your life ruined."

White is an excellent writer, and his account of the hearing is riveting. Now we're all waiting to hear what the judge's order will be. Read the rest

I've covered Prenda Law off and on here for quite some time; they're the sleazy "law firm"/copyright trolls who use the courts to get the names and addresses of people whom they allege have downloaded pornographic videos with embarrassing names, and whom they then threaten with public humiliation and a lawsuit unless the victims pay a quick cash settlement. One of the great mysteries about Prenda is who the firm actually is -- which individuals are behind it? In past, Prenda's representatives have claimed to be working for "Alan Cooper" -- a former caretaker for one of the Prenda reps who claims they have stolen his identity.

A recent deposition in the Northern District of California of Morgan Prietz Paul Hansmeier -- another Prenda rep, apparently -- sheds no light on the mystery. Indeed, Hansmeier's deposition is a wonder of obfuscation, coyness, and mind-boggling protestations of ignorance that will baffle and delight you. Ken from Popehat has teased out the juciest bits: