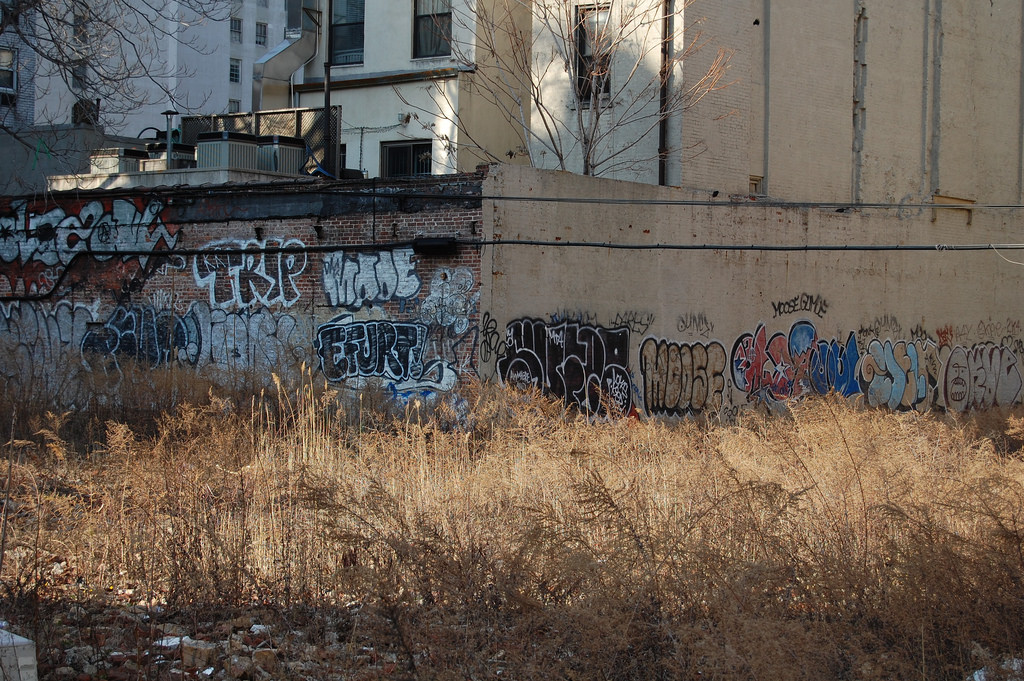 Near-future Ikea catalog: the Internet of Things' flat-pack as a service 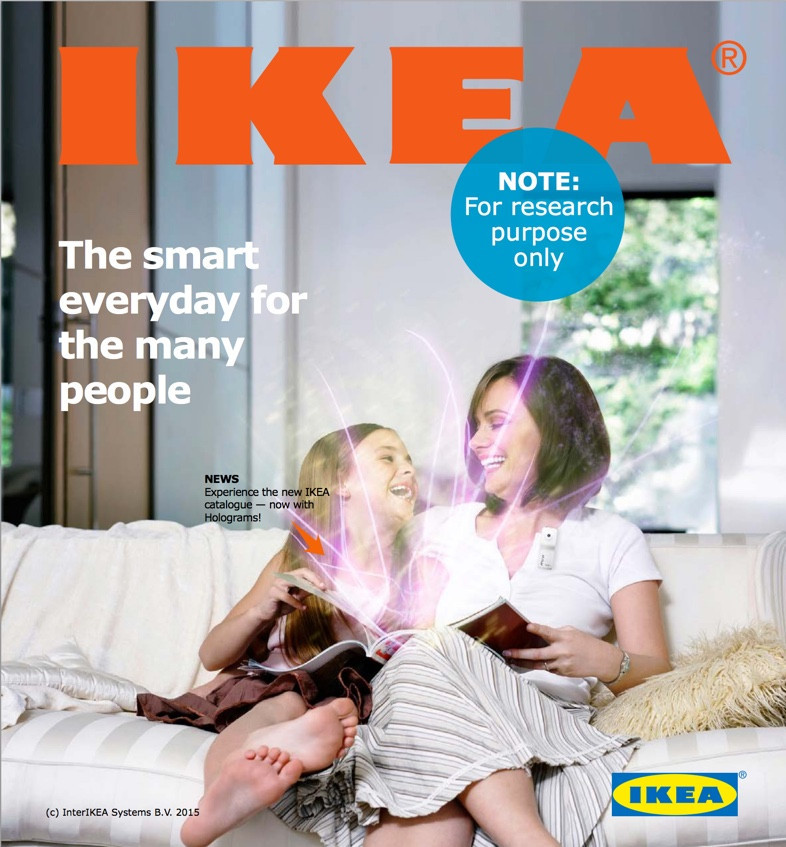 Julian Bleecker and his Near Future Laboratory have followed up on their amazing Skymall-of-the-future catalog with an imaginary near-future Ikea catalog that jam an insane amount of witty futuristic speculation into elegantly presented, arresting images. Read the rest

TBD: A SkyMall catalog of the future

Julian Bleecker and his Near Future Laboratory created the smart and provocative TBD Catalog that is essentially a science fiction SkyMall catalog.

There's a wonderful feature by Robert Barry over at the Quietus on the 50th anniversary of the introduction of Bob Moog's first modular synthesizer. Moog turns 80 today. Read the rest

Arizona State U's Emerge: what does it mean to be human?

iPhone 4 photography: how does it perform as a camera?

As a camera, the iPhone 4 is really sweet. I hopped on my bike and took the device down to the Venice Skate Park, then out to the ocean pier, then rode back to the office and tested the device out in a variety of lighting conditions with less animated subjects. The images I took in this post (other than the ones I'm in) were snapped on the fourth-generation iPhone with and without built-in flash, and have not been altered in any way other then cropping, resizing, and considerable JPEG compression to keep web file size down for this blog post. No Photoshop, no Hipstamatic, no sweetening or sharpening the image content.

The fourth incarnation of Apple's iPhone is an incrementally improved, familiar device—not a new kind of device, as was the case with the recent introduction of iPad. Yes, the notable features with iPhone 4—both the device and the iOS4, which came out yesterday in advance of the iPhone itself—are mostly tweaks. But what tweaks they are: Apple's focus on improvement is as much key to the quality of its products as innovation. Still, there's one flaw it can't completely eliminate: the unreliable quality of calls placed over AT&T, which remains the iPhone's only U.S. carrier.

Thanks to a boy and a bar and a blog, we've already known for some time what the iPhone 4 would look like. The squared-off, thinner, steel-and glass form is more masculine, more substantial. Like a really hot designer watch. There are bevels and grooves and linear details that didn't exist before. It feels really nice to hold. Once my hand got used to it, the 3GS body felt more like a toy, and I didn't much feel like holding it anymore.

The display is a huge leap forward. It's really crisp, and hues are more true. Side by side, the 3GS display and the iPhone 4 display show that the earlier device gives off warmer hues, more peach/red/yellow casts. The iPhone 4 seems more true to life. This is particularly noticeable when you are reading large stretches of text, or comparing one photo on both devices, side by side. Read the rest

Julian Bleecker sends us "a short, pictorial essay on the arrangements of science fact and science fiction and the possibility of design shaped by both. The essay looks at how science fiction can be used to inform science fact, both in terms of the stories that science fiction tells and the actual production of props for science fiction film. Mostly it is about design and the way it can tell stories about future worlds and do so particularly well when it becomes entangled with science, fact and fiction."

(Thanks, Julian!) Read the rest

Siva sez, "In cooperation with the Media Education Foundation and La Lutta, Free Culture @ NYU is screening Freedom of Expression®: Resistance and Repression in the Age of Intellectual Property at 9pm on Thursday, January 31. Narrated by Naomi Klein, the film features interviews with Stanford Law's Lawrence Lessig, Illegal Art Show curator Carrie McLaren, Negativlandâ€™s Mark Hosler, UVA media scholar Siva Vaidhyanathan, and Free Culture @ NYU co-founder Inga Chernyak, among many others. This 53-minute documentary will be preceded by selections from Negativlandâ€™s new DVD, Our Favorite Things, and it will be followed by a Q&A with Freedom of Expression® author and director Kembrew McLeod and co-producer Jeremy Smith."

(Thanks, Siva!) Read the rest

Manifesto for "blogjects" -- objects that blog

The USC's Julian Bleecker has just published an astonishingly awesome paper called "A Manifesto for Networked Objects – Cohabiting with Pigeons, Arphids and Aibos in the Internet of Things," subtitled, "Why Things Matter." It's a paper about the coming wave of "blogjects" -- objects that blog -- which is to say, manufactured goods that emit a steady stream of information about their world and what they make of it, and take action to change it. The idea is high-falutin' big-brain academic stuff, but the approach is simply, folksy, plain-language and exciting as hell. I just devoured it and man am I jazzed.

Blogjects don’t just publish, they circulate conversations. Not with some sort of artificial intelligence engine or other speculative high-tech wizardry. Blogjects become first-class a-list producers of conversations in the same way that human bloggers do – by starting, maintaining and being critical attractors in conversations around topics that have relevance and meaning to others who have a stake in that discussion. If the contribution to that discussion happens through some seemingly mundane bit of networked dissemi- nated insight matters little in terms of their consequence. A Blogject can start a conversation with something as simple as an aggregation of levels of pollutants in groundwater. If this conversation is maintained and made consequential through hourly RSS feeds and visualizations of that same routine data, this Blogject is go- ing to get some trackback.

Hey, New Yorkers: my friend Patrick Nielsen Hayden (co-editor of the kickass Making Light blog) is having a CD launch party for his band Whisperado this coming Wednesday:

Opening at 8:30 will be singer-songwriter Melissa Mulligan, followed by Bostonite Adam Payne (warning: link plays sound). We'll take the stage around 10 PM, and we hope to see you there.

The Cornelia Street Cafe is at 29 Cornelia Street, between Bleecker and West 4th in the heart of the West Village. Cover charge will be $10, which (assuming we get our advance box from the plant in time) will include a copy of our six-song CD Some Other Place, soon to be available on CD Baby, the iTunes Music Store, and directly from this weblog, among other fine retail channels. Watch this space. Okay, you can stop watching this space.

Some pals recently hacked together this vidcasting site designed for the PSP. Collectively, we knew this sort of thing would happen, and now it's happening. The content isn't there, but the framework is awfully compelling. Next, I suspect, will be direct to PSP downloads over WiFi or, even better, a video aggregator that lives right on the device, allowing one to browse indy channels of Vidcasts.