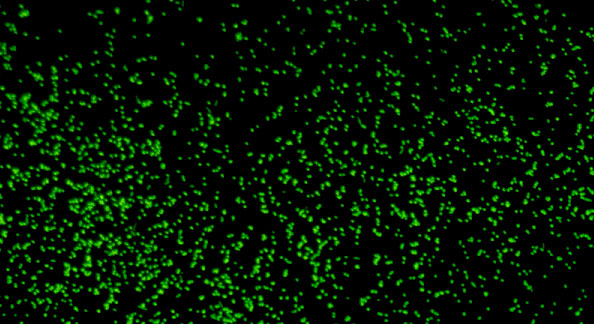 Researchers successfully revived ancient microbes, some more than 100 million years old, that were buried in the seafloor. During an expedition to the South Pacific Gyre, the scientists from the Japan Agency for Marine-Earth Science and Technology (JAMSTEC) and their colleagues drilled into the ocean sediment almost 6,000 meters below the surface.

“Our main question was whether life could exist in such a nutrient-limited environment or if this was a lifeless zone,” JAMSTEC senior scientist Yuki Morono said. “And we wanted to know how long the microbes could sustain their life in a near-absence of food.”

From a JAMSTEC announcement:

With fine-tuned laboratory procedures, the scientists, led by Morono, incubated the samples to coax their microbes to grow. The results demonstrated that rather than being fossilized remains of life, the microbes in the sediment had survived, and were capable of growing and dividing.[...]

“What’s most exciting about this study is that it shows that there are no limits to life in the old sediment of the world’s ocean,” said [URI Graduate School of Oceanography professor Steven] D’Hondt. “In the oldest sediment we’ve drilled, with the least amount of food, there are still living organisms, and they can wake up, grow and multiply.”

The Daily Grail warns, "Lovecraftian horrors await us in 2021 don’t they…" 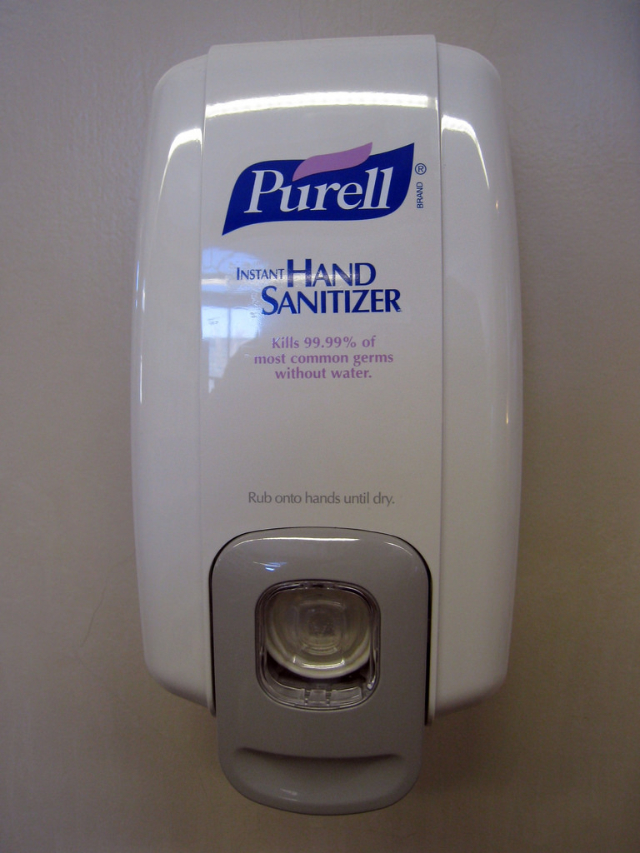 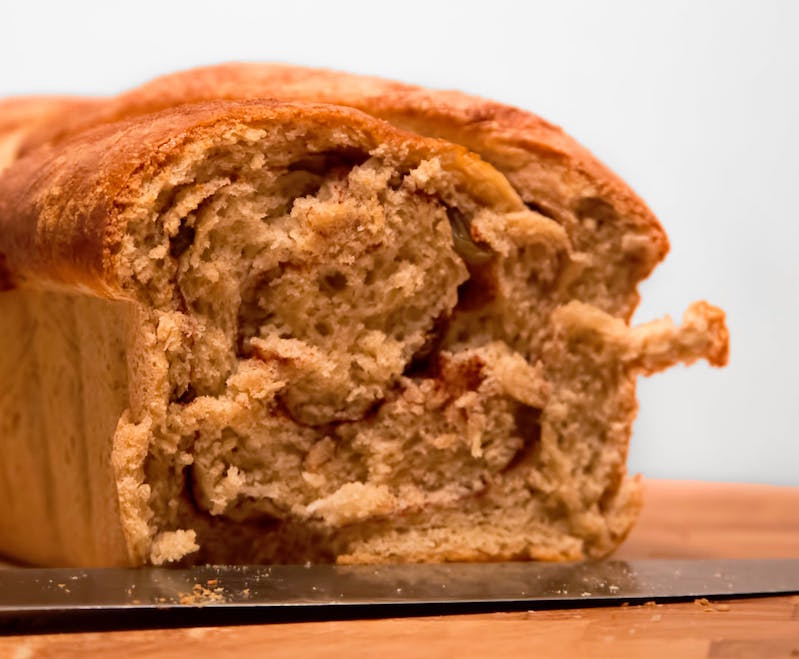 Atlas Obscura just added an interesting new section on strange and wondrous foods, like salt-rising bread leavened with bacteria that cause gas gangene. Read the rest 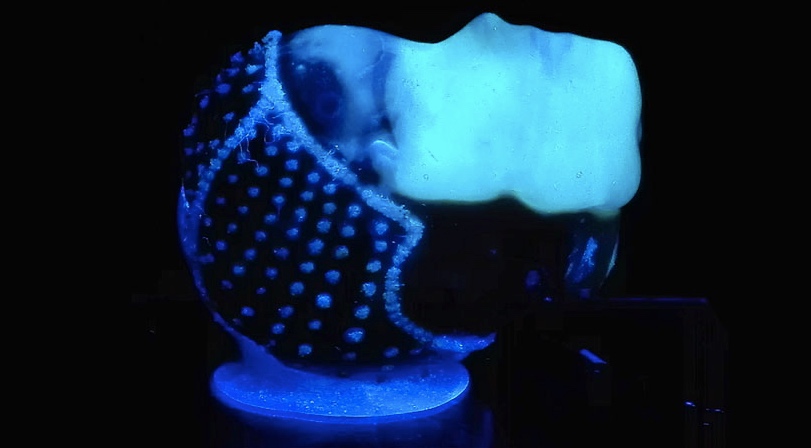 ETH Zurich researchers developed a "living ink" for 3D printers that's made from bacteria, nutrients, and a polymer gel. In a small scale demonstration, they printed a small 3D lattice of the material that cleaned up a beaker of contaminated water. From Science News:

Lattices packing various types of chemical-hungry bacteria could create special water filters or help clean up oil spills. And unlike free-floating bacteria, cells locked in a 3-D grid could be plucked out of cleaned-up water and reused somewhere else....

Bacteria-filled 3-D prints could also produce bacterial cellulose — a gelatinous substance used for dressing wounds. Bacterial cellulose is typically grown in sheets, but “imagine if you have a burn on your elbow,” (materials scientist Manuel) Schaffner says. “You try to wrap flat, wet tissue around this area, it’s prone to detach.” Swathes of cellulose grown on 3-D printed structures could precisely match the contours of specific body parts, curbing the risk of contaminants getting trapped under wrinkles in the cellulose or the material peeling off. 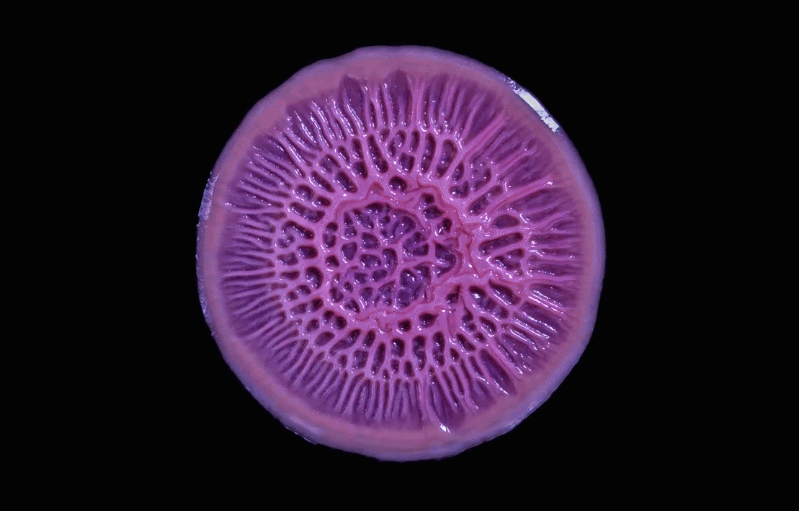 Bacteria are extremely adept at building biofilm cities, often in places humans don't want them: catheters, sewer lines, and our teeth, to name a few. Now scientists are working to unlock the structural mysteries in order to eradicate unwanted bacterial buildup. Read the rest 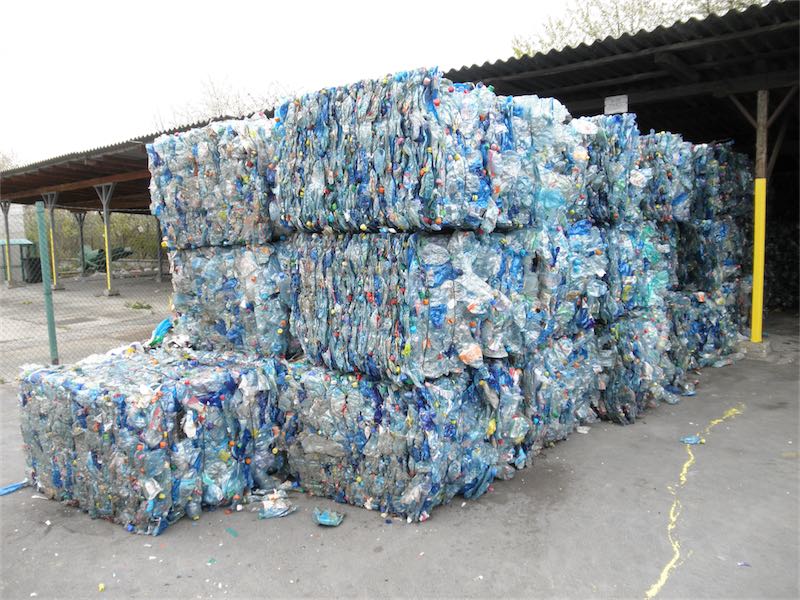 The study’s first author, Shosuke Yoshida of Keio University, says that a PET pretreatment that would enlarge the polymer’s amorphous areas would make waste more appetizing for the bacterium. Also, he notes, it might be possible to engineer the enzymes to make them faster and more practical.

Watching the climate-cholera connection from orbit

Dr. Kiki Sanford on how scientists are predicting outbreaks from an unusual new vantage point.

NYT jumps on our smelly old 'I don't use soap' bandwagon

Sean Bonner writing for Boing Boing, 2011: "I haven't used soap or shampoo in a year, and it's awesome: a personal experiment." NYT, 2014: "My No-Soap, No-Shampoo, Bacteria-Rich Hygiene Experiment." Read the rest

Life is hard in Antarctica

Antarctica's Organic Lake is 8 degrees Fahrenheit, but the water doesn't freeze, thanks to a heavy concentration of salt. But wait, it gets more awesome. Despite the cold and the salt, Organic Lake is also home to a diverse array of life. Read the rest

Tonight at 10:00 Eastern/9:00 Central, PBS Frontline will air a documentary about the growing threat of antibiotic-resistant bacteria. I got a chance to see a preview of the show, and it's definitely interesting, including details I wasn't previously aware of, despite having written about this topic before. Particularly interesting: An emphasis on naturally occurring gene transfer between different species of bacteria, which is allowing antibiotic resistance to spread at an alarmingly quick rate. I had also not realized that antibiotic-resistant bacteria probably kill more Americans every year than AIDS — "probably", because nobody is required to actually track and report this stuff. Your local hospital could be in the midst of a serious outbreak of antibiotic-resistant bacteria and, unless they choose to voluntarily release that information, you might never know.

Whether or not you get a chance to watch the documentary tonight, we hope you'll join us here tomorrow for a live chat session with the producers and a doctor who specializes in treating patients with antibiotic-resistant infections. That starts at noon Eastern/11:00 central, and will be moderated by either me or Rob. We've got some questions we're looking forward to addressing with the panel, and we hope you'll bring in some great questions, too. The first half of the chat will focus on the documentary. The second half will be aimed more at a practical understanding of what you can actually do to protect yourself, your family, and your community. Read the rest

Gut microbes may control your brain

At The Verge, Carrie Arnold writes about a scientist who thinks that our intestinal bacteria could have an influence on mental health. It's not proven, but it's not a totally crazy idea, either, and there's some good evidence supporting the connection. The catch: Even if what's happening in your gut affects what is happening in your head, there might not be much we can do change the mental health outcomes. Read the rest

From the front lines in the fight against antibiotic-resistant bacteria

Bacteria are becoming resistant to one of the last classes of antibiotics available to treat them, writes Maryn McKenna at Nature. Carbapenem-resistant Enterobacteriaceae are a family of lung, blood, and bladder infections that can turn horribly deadly. Meanwhile, at Scientific American, Charles Q. Choi writes about other scientists looking for ways to turn bacteria against one another, unleashing predatory microbes that can destroy drug-resistant bacteria. Read the rest

David Goodsell of the Scripps Research Institute made this lovely watercolor illustration of a cell of Mycoplasma mycoides. This bacterium is the cause of a deadly respiratory disease that affects cattle and other cud-chewing animals.

If you've ever read much about zoonoses — diseases that pass from animals to humans — then you know that the domestication of livestock played a huge role in introducing many diseases to people. Living in close proximity to the animals we ate provided ample opportunities for those animals' diseases to jump over to us. What's interesting about Mycoplasma mycoides is that it represents a disease of animals that seems to have its origins in domestication, as well.

In 2012, scientists found evidence that suggests domesticating livestock — a process that resulted in closer living conditions for the animals and in animals from one herd being moved to other herds they likely wouldn't have otherwise had contact with — helped Mycoplasma mycoides evolve and spread. Today, different species of Mycoplasma mycoides cause a range of diseases that can kill between 10 and 70 percent of the cows they infect.

Goodsell's illustration is an attempt to show all the different parts of the bacterial cell, in the shapes, sizes, locations, and concentrations that those parts take in the real world. If you go to his site, you can see a legend explaining what everything is. Read the rest

We are all star stuff

How scientists study the fossils of ancient bacteria to find clues to a 2.6-million-year-old supernovae. Jennifer Ouellette explains how the the bacteria incorporated elements from an exploding star into their bodies, and how those elements can still be found today. Read the rest