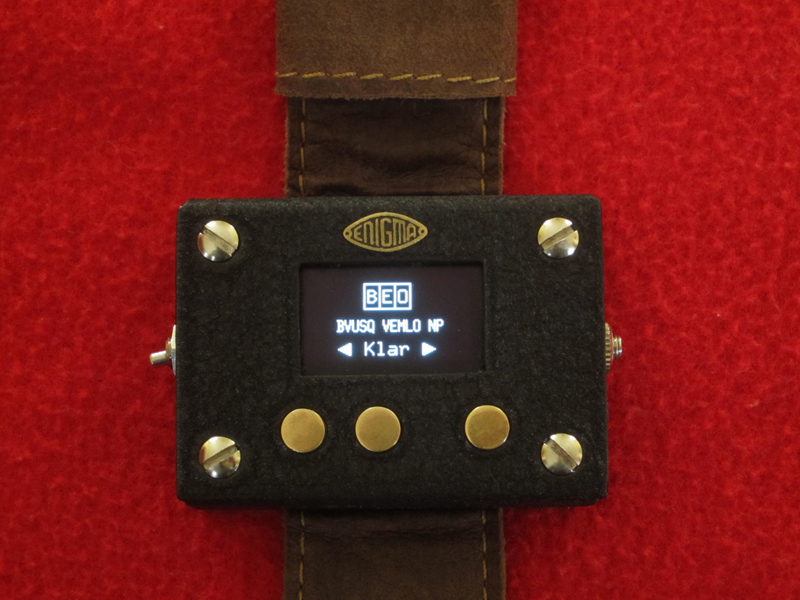 Alan Turing and the codebreakers of Bletchley Park invented modern crypto and computers in the course of breaking Enigma ciphers, the codes that Axis powers created with repurposed Enigma Machines -- sophisticated (for the day) encryption tools invented for the banking industry -- to keep the Allies from listening in on their communications. Read the rest

How the Enigma code-machines worked

With the release of the Alan Turing biopic "The Imitation Game," interest in the Enigma cipher used by the Axis powers and broken by Turing and the exiled Polish mathematicians at Bletchley Park has been revived. Read the rest

The Bletchley Park trust have erected a fence, nicknamed "The Berlin Wall," between their well-funded museum and its poorer on-site neighbour, the UK National Museum of Computing, which houses the hand-built replica of the codebreaking Colossus computer. The trust received an £8m lottery-funded grant and set about shitcanning long-serving volunteers (see below), cutting off the computer history museum, and generally behaving like greedy jerks, systematically alienating long-term supporters. Oh, and there was that Snowden business.

I've left the Friends of Bletchley Park, and have stopped recommending that friends visit the site.

Update: Bletchley Trust has clarified to me that while this volunteer was dismissed from guiding tours because he refused to conduct the tour to the new spec, he still volunteers with the Trust in its educational department. Read the rest

Gareth Halfacree, who has a long history with both the Bletchley Park trust and the National Museum of Computing Trust, has published a detailed timeline of the two institutions, showing how they got into the current (and disgraceful) situation. Halfacree's article includes some very sensible recommendations to both trusts. Read the rest

Here's some further detail on yesterday's disturbing news about the Bletchley Park trust's management of the museum -- firing volunteers with decades of service with no notice, evicting collections, and doing everything it can to separate the Bletchley Park exhibits from the National Museum of Computing, which is on the Bletchley site and pays a substantial rent to the trust.

Now the trustees of the National Museum of Computing -- which contains a replica of the Colossus II and the Tunny, early computers that played a key role in Bletchley's wartime history -- have written an open letter detailing their grievances against the Bletchley Trust, which appears to be doing everything it can to marginalise and exclude the National Museum and its exhibits.

I'm a donor to Bletchley and the NMOC, and was a member of the Bletchley Friends until recently. The National Museum of Computing is an important facility that complements Bletchley's own exhibits, and without which, Bletchley is much poorer. The Bletchley Trust's repudiation of the people and institutions that kept the site open and operational, saving it from ruin, is a disgrace. Even worse, of course, was the business of surrendering editorial control of its exhibits to corporate sponsors, but there's something especially contemptible about gratuitous cruelty that goes beyond a mere breach of intellectual integrity. Read the rest

Here's more bad news from historic computing site Bletchley Park, where a new, slick museum is being put together with enormous corporate and state funding. Last month, it was the fact that McAfee had apparently banned any mention of Edward Snowden in a cybersecurity exhibit.

Now there's this heartrending BBC report on how volunteers who've given decades of service to Bletchley have been summarily dismissed because they don't fit in with the new plan. The museum of Churchill memoribilia that shared the Bletchley site has been evicted.

For people like me who've donated over the years, fundraised for it, and joined the Friends of Bletchley, this is really distressing news. I've always dreamt of Bletchley getting enough funding to do the site and its collection justice, but if it comes at the expense of decency and integrity, they may as well have left it as Churchill did -- abandoned and forgotten.

Update: Bletchley Trust has clarified to me that while this volunteer was dismissed from guiding tours because he refused to conduct the tour to the new spec, he still volunteers with the Trust in its educational department.

The archives of Bletchley Park are being digitised for online use, bringing to life the records of the legendary codebreaking effort whereby Alan Turing and colleagues invented modern computing, modern crypto, and took years off the war, saving millions of lives. HP underwrote the effort, which aims "to put everything into the public domain." Read the rest

May: Mr Turing and his colleagues have laboured hard with every hour that God has sent, but try as they might, they can extract nothing of use from the Enigma cipher.

Churchill: (roaring) Nothing? All these years, all this work, and you have nothing?

May: Well, not precisely nothing, prime minister. The lads have got far enough that they are able to extract "meta-data," but I stress again that this is of no strategic import and would in no way help us to compromise the foe.

Churchill: Meta-data? Tell me more of this meta-data? Is it a Greek word?

(May turns to Turing, who wipes his palms on his trousers)