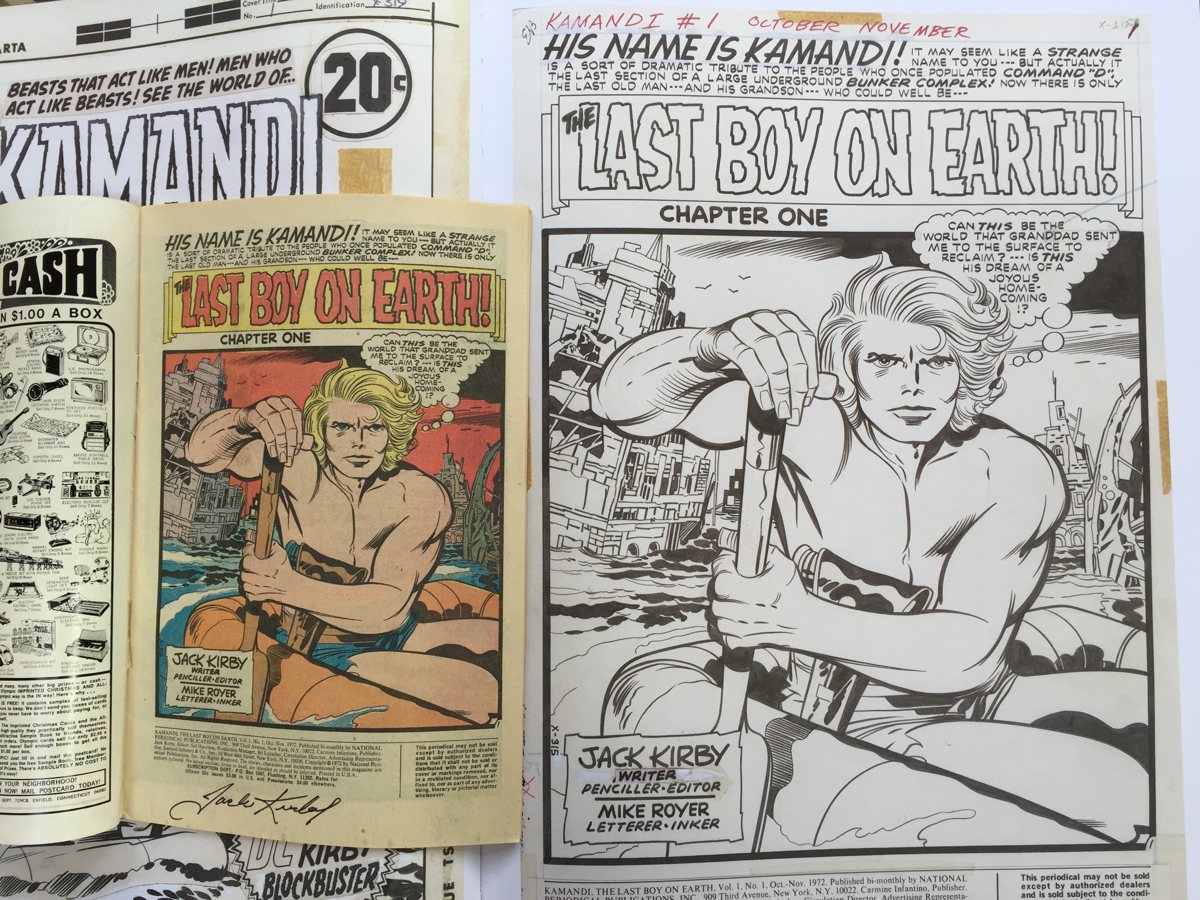 Born in 1917 as Jacob Kurtzberg, Jack Kirby is recognized as the most important person in comic book history. One could make a good argument that the title belongs to Carl Barks, Robert Crumb, Stan Lee, or Wally Wood. They are all inarguably giants of the comic book world. But take a look at the characters Kirby created or co-created over a career that spanned nearly 50 years: Captain America, Sandman, The Fantastic Four, Thor, The Incredible Hulk, Iron Man, Ant-Man, The Avengers, The X-Men, and the Silver Surfer. Who else can boast of such a star-studded stable of comic book characters, all of whom are global household names? Only Kirby!

My favorite Kirby character is one of his less well-known creations, at least among the non-comic-book-reading public. I was 12 years old when I discovered Kamandi in early 1973 at a friend’s house in Boulder, Colorado. He had the first three issues of the comic. The first issue’s cover showed Kamandi paddling a life raft through a flooded and abandoned New York, with the Statue of Liberty tilted like the tower of Pisa. It was a rip-off from the ending of Planet of the Apes, the 1968 movie that was (and still is) one of my favorite films. Nevertheless, the image was powerful and exciting. I opened the comic book and started reading.

I read all three issues twice that afternoon, sprawled on my friend’s living room floor. It was the greatest thing I’d ever read. Kamandi was a teenager, the last surviving human on a post apocalyptic Earth now under the control of different animal species that behaved, dressed, and walked like humans: dogs, tigers, wolves, rats, lions, and apes. Read the rest