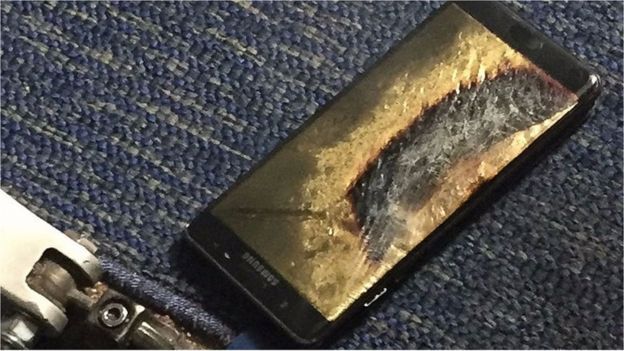 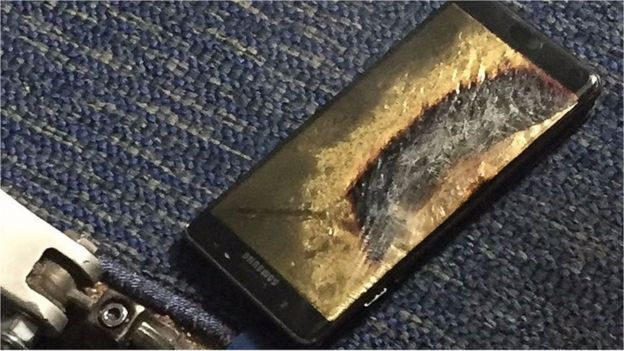 The AT&T and T-Mobile networks said they would no longer replace the devices in the US, while the latter said it would halt all sales of the phone. "While Samsung investigates multiple reports of issues, T-Mobile is temporarily suspending all sales of the new Note 7 and exchanges for replacement Note 7 devices," T-Mobile said on its website.

Among the unlucky customers was Brian Green, who took the above photo of a Note 7 that wrought havoc on an airplane. Read the rest 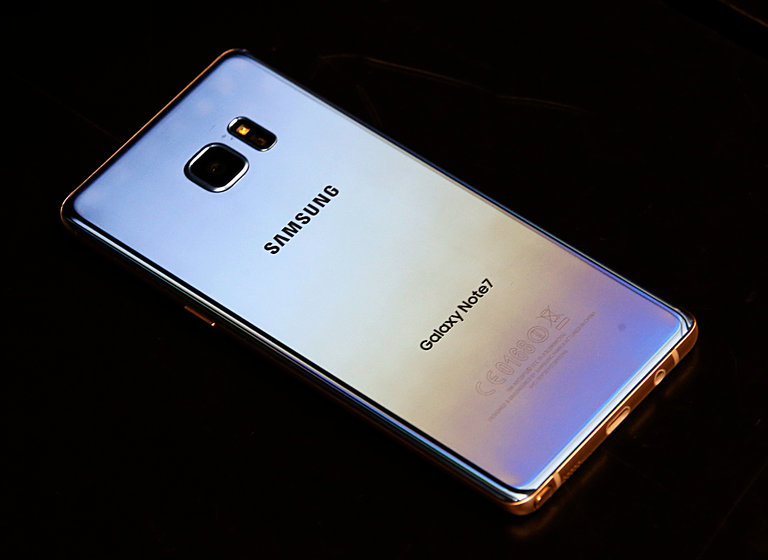 Developers from the Replicant project (a free Android offshoot) have documented a serious software back-door in Samsung's Android phones, which "provides remote access to the data stored on the device." They believe it is "likely" that the backdoor could provide "over-the-air remote control" to "access the phone's file system."

At issue is Samsung's proprietary IPC protocol, used in its modems. This protocol implements a set of commands called "RFS commands." The Replicant team says that it can't find "any particular legitimacy nor relevant use-case" for adding these commands, but adds that "it is possible that these were added for legitimate purposes, without the intent of doing harm by providing a back-door. Nevertheless, the result is the same and it allows the modem to access the phone's storage."

The Replicant site includes proof-of-concept sourcecode for a program that will access the file-system over the modem. Replicant has created a replacement for the relevant Samsung software that does not allow for back-door access. Read the rest

Samsung Galaxy Gear is a timepiece with an agenda

Is your life so complicated that you must strap a small machine to your wrist, learn a new interface, and wear this device during almost all waking hours to avoid missing appointments?

Maybe not: Many of us stopped wearing watches years ago in favor of glancing at our phones.

But Samsung's Galaxy Gear is no ordinary watch. This $299 device, unveiled early last month, functions as both external monitor and peripheral for its new Galaxy Note 3 Android smartphone--the only phone officially compatible with it, although Samsung plans to add Gear support to such recent Android models as its Galaxy Note II, Galaxy S III and Galaxy S 4. Read the rest

Cellphone maker Samsung was accused of configuring the Galaxy S4 to perform better in benchmarking tests; its response claims innocence. [Gizmodo, The Verge] Read the rest

After losing a patent lawsuit with Samsung in the UK, Apple was required to post information about the ruling on its website and in media advertising. After seeing Apple interweave the details into an amusing editorial and later tuck it out of sight with a clever web design trick, the court appears not to be amused. As quoted by Chris Foreman at Ars Technica:

"The false innuendo is that the UK court came to a different conclusion about copying, which is not true for the UK court did not form any view about copying," Sir Robin Jacob noted in the final order, which was published online on Sunday. "There is a further false innuendo that the UK court's decision is at odds with decisions in other countries whereas that is simply not true. Apple's additions to the ordered notice clearly muddied the water and the message obviously intended to be conveyed by it."

The current iPhone design, it turns out, was in the works since 2006—and was so influenced by Sony that they even put its logo on the mockups. Court filings in the ongoing legal battle between Apple and Samsung reveal an early concept by Apple designer Shin Nishibori which closely resembles the current-gen iPhones, complete with the silver band. [The Verge] Read the rest

Samsung Infuse is thinnest Android yet

Samsung's Infuse caught my eye today thanks to its large 4.5" display, slim bezel, and the fact that it's even thinner than the iPhone 4. It has a 1.2 GHz processor, a camera able to record 720p video, and Android 2.2. There's not a lot else to know about it yet—screen resolution is an important missing fact— but it is one of those models that AT&T is sleazily marketing as "4G" despite it not even having a 4G radio. Ars Technica explains:

Like we noted Wednesday in our coverage of AT&T's announcement of the HP Veer 4G, the Infuse doesn't actually use 4G technologies like LTE or WiMax. Instead, it uses improvements to existing 3G technology referred to as HSPA+. This technology can achieve similar data transmission speeds as those other standards in some areas where AT&T has installed upgraded backhaul capability.

According to Mohamed Hassan (a security expert and IT professor) Samsung has admitted to shipping laptops with covert, undisclosed keyloggers installed, there to "monitor the performance of the machine and to find out how it is being used." Their PR department refuses to discuss the issue: "In other words, Samsung wanted to gather usage data without obtaining consent from laptop owners."

Samsung's Galaxy Tab, out this month, is the strongest rival to Apple's iPad. Running Android 2.2 on similar, smaller hardware with a 7" display, it finally makes honest men out of those who habitually talk of the 'mobile tablet' market as if there were more than one horse in the race. Reviews: Engadget, Telegraph, Slashgear, TechRadar, and PCPro. Consensus: good, but not as good as the iPad. Read the rest