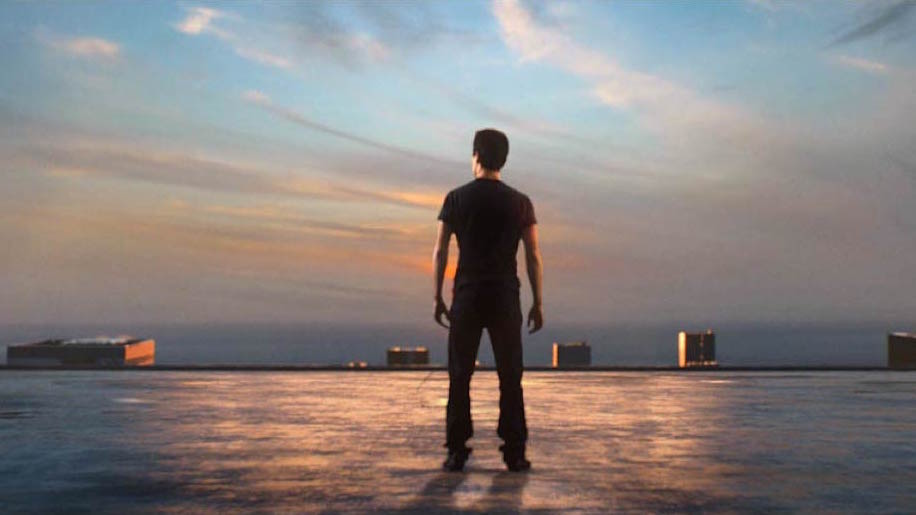 Pierre Michel-Estival created this fabulous short film Prayer.9 "Your subconscious is not an intimate possession anymore." Read the rest

Alan sez, "The Center for Investigative Reporting's 'FOIA Machine' is hosting an Open Beta launch event Wednesday, June 25 at Mother Jones's San Francisco office. This was one of the stretch goals from their successful Kickstarter but the event is open to anyone who pre-registers. There will also be a livestreamed roundtable discussion centered on investigative journalism." Read the rest

Tim Bray's taxonomy of privacy levels makes a compact and compelling argument that the existence of warrantless spying and security sabotage is what drives people to adopt cryptographic techniques that can't be broken even with a warrant. Read the rest

Haruka Tsubota has undertaken a Japanese fan-translation of my novel Makers. It's available as Epub and Mobi, and licensed CC-BY-NC-SA. Read the rest

I'm delighted to announced that I'll be the guest of honor at Salt Lake City's Westercon 67 this July -- Westercon being the annual convention for science fiction fandom west of the Mississippi. There's quite a fantastic roster of other guests as well! See you 44 days in SLC! Read the rest

From Creative Commons's Elliot Harman: "The idea of The Public Domain Jam is to encourage developers to create games based on public domain assets and stories, and optionally give the games themselves back to the public domain via the CC0 waiver; there's a $1000 prize for the best CC0 game." Read the rest

A year ago, it was a pretty big day for the Internet

We didn't know it at the time, but 16 May 2013 was a pretty big day for the Internet: the Rob Ford/crack smoking story broke; adorable hatchet-wielding hitchhiker/Internet meme Kai was sought for murder in NJ; 16-year-old Kiera Wilmot was spared from prison for doing a science experiment at school and got a scholarship to space camp; and the guy who put his own face in his child sex-abuse videos was caught, thanks to the Internet's human flesh search-engine. Read the rest

Elliot from Creative Commons sends us "An inspiring piece by our incoming CEO about why Creative Commons is important to him and how he plans to change the organization: "'In today's legal environment, the commons is increasingly under threat. New works are restricted by copyright from the moment they are created until long after their creators are dead, and stricter copyright rules are almost always demanded by large rights-holders who benefited from the commons in the first place. It's like running across a rope bridge only to cut it loose once you get to the other side.'" Read the rest

Zack writes, "Here's a collection of PDFs of ALL the original scripts to Patrick McGoohan's surreal cult classic, along with several unmade scripts and several multiple drafts of episodes. It's the next-best-thing to being in The Village, minus the brainwashing and evil weather balloons." Read the rest

A massive consortium of technology companies ranging from Google, Facebook and Amazon to smaller publishers like Techdirt, have signed an open letter to the FCC opposing Chairman (and former cable lobbyist) Tom Wheeler's plan to allow ISPs to discriminate among Internet services, demanding bribes to deliver the data that we request. Read the rest

Jill writes, "The Science Fiction and Fantasy Writers of America's 49th Annual Nebula Awards Weekend is May 15-18, 2014 at the San Jose Marriott.

You do not need to be a SFWA member to attend.

We are delighted to announce that Samuel R. Delany will become SFWA's newest Grand Master. We're also pleased that Frank M. Robinson will be a Special Guest and that Ellen Klages is our Toastmaster." There's also an evening with Delany and Daryl Gregory that's free for attendees; otherwise it's $10 at the door. Read the rest

Aurora Award nominees, including a performance from actual outer space

Brooke Abbey writes, "The 2014 Prix Aurora Award nominees have been announced! [Ed: this is the Canadian popular science fiction prize]. I am one of the nominees, in the fan music category, which this year also includes A MOTHERFUCKING ASTRONAUT - Chris Hadfield's awesome Space Oddity cover IN ACTUAL SPACE is nominated. Canadian SF fans, please take a moment to look smug about how cool we all are. Canadians with $10 can join CSFFA to get the voter package with delicious literature & more, coming out soon, and to, y'know, vote." Read the rest

Brazil's buying $4.5B worth of fighter jets. And rather than buy them from American military-industrial complex go-to Boeing, they're buying them from Sweden's Saab. Why? A contract with Boeing is synonymous with NSA surveillance. Multiply this by every country in the world and you start to get a sense of the cost of letting the NSA run around without any adult supervision. (via Techdirt) Read the rest