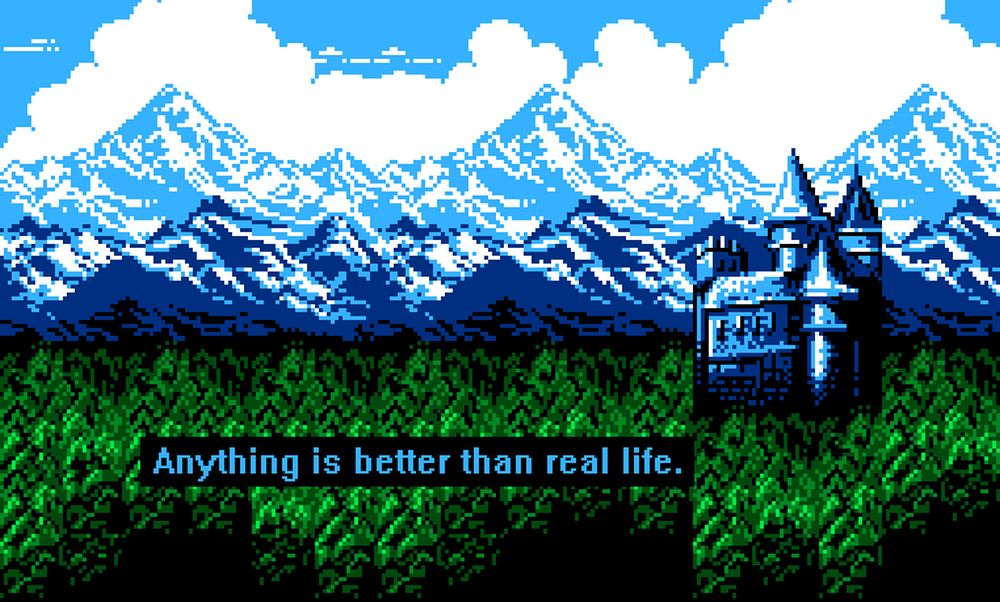 I've found a beautiful and mysterious Tumblr that combines (what look like) old, obscure video game screenshots with (what look like) snippets of original fiction. As is so often the case with Tumblr I'm not sure who runs it or why, or if it's part of something larger I'm missing, but I sure do like it. Read the rest

Updating Richard Scarry's beloved Busy Town for Silicon Valley corpthink been done before, but never with the depth and persistence of the Welcome to Business Town Tumblr. (Thanks, Fipi Lele!) Read the rest

This is how they yarn-bomb in Iowa City. (via Ellen Kushner) Read the rest

via Bruce Sterling Read the rest

Screenshots of despair: the slide-deck

From the magesterial Screenshots of Despair tumblr (featuring dialog boxes to make you quail with terror and despair of your sanity), comes a slide-deck of the best of the worst to include in your own presentations. Read the rest

George K's tumblr, Olex Oleole, is a beautiful running feed of gloriously weird remixes of Victorian woodcuts, in the style of the brilliant Dan Hillier. Read the rest

What Google should do

This Neil Cicierega design-fiction from 2013 proposes a brilliant idea for a Google autocomplete easter-egg, where typing "Google autocomplete is not working correctly" would autocomplete to a long, wonderful list of Borges-ian non-sequiturs, each more wondrous than the last. (via JWZ) Read the rest

A tumblog of greatness, filled with GIFs of greatness: thegifconnoisseur.tumblr.com. Read the rest

It starts with "NO 'TELEPHONES'. TALK TO EACH OTHER. FACE TO FACE ONLY. WRITE A LETTER, SEND A TELEGRAM TO YOUR MOM, PRETEND IT'S 1860, LIVE." Read the rest

Saving Room for Cats: a Tumblog of Greatness

"Men love to take up so much space and spread their legs while sitting down but it's because they're saving room for cats! Duh!" savingroomforcats.tumblr.com.

It's not just a clever way to while away the time between ordering and eating -- this fork/penny/glass sculpture is also a clever way to understand the difference between theory and practice. Read the rest

(via Bruce Sterling) Read the rest

Dice-shaming: for when your stubborn, disloyal polyhedra refuse to behave (see also). Dang, I hope this becomes a thing! (via Seanan) Read the rest

That reaction gif you've been looking for

(via Goths and Punks) Read the rest

Tumblr's Zombie Disney Princess tag is a rich seam of transgressive, gruesome, wonderful (and thoroughly unauthorized) creativity (above: Leimanaang). The stylistic variation is what (metaphorically) kills me here -- who'd have thought that there were so many different ways to zombify the Disney princess pantheon, each one so clearly perfect and yet so different from all the others?

(via Sean Bonner) Read the rest

Clickbait Dissertations builds on the excellent work of Lolomythesis, but this time, rather than distilling their doctoral work to a single line of snark, grad students are asked to compress their scholarship to a ridiculous linkbaity headline ("What happens when you put farmers on the internet? Justice."). Bonus: each one links to the actual thesis, and most include abstracts. Read the rest