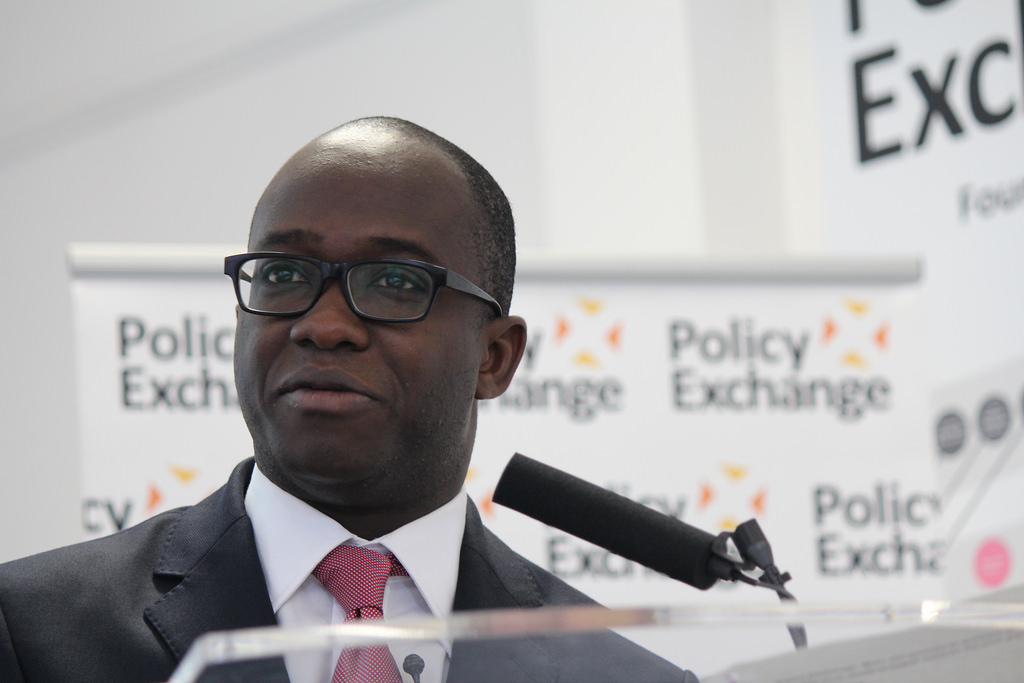 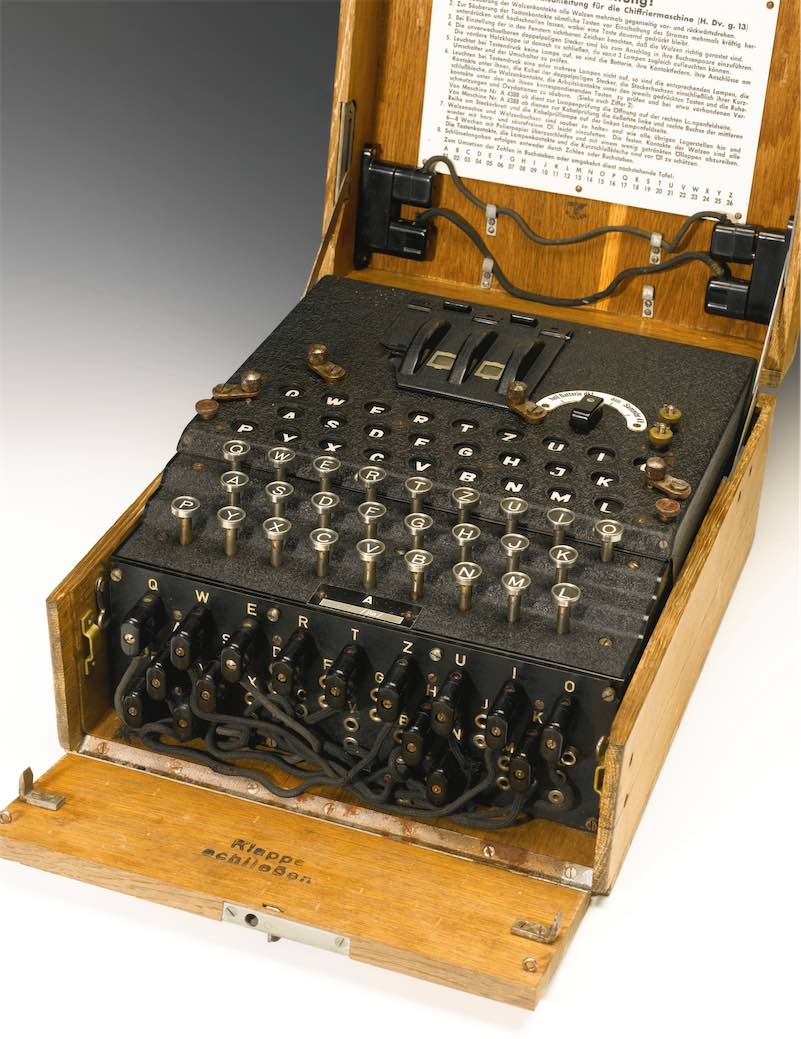 A rare Enigma machine, the proto-computer used by the Nazis to send codes during World War II, just sold at auction for $233,000 to an unnamed buyer. Of course, the Enigma code was cracked by Alan Turing and the other cypherpunks at Bletchley Park. Read the rest

How the Enigma code-machines worked

With the release of the Alan Turing biopic "The Imitation Game," interest in the Enigma cipher used by the Axis powers and broken by Turing and the exiled Polish mathematicians at Bletchley Park has been revived. Read the rest

Queen Elizabeth pardons Turing (but not the 50,000 other gay men the law unjustly criminalised)

Alan Turing has received a pardon under the "Royal Prerogative of Mercy by the Queen," 61 years after he was "chemically castrated" by court order as punishment for homosexuality. Less than two years of forced hormone treatments drove him to suicide at the age of 41. The pardon came at the request of the government's justice secretary. It's a wonderful vindication of Turing.

But I agree with Turing's biographer Dr Andrew Hodges, who says that the idea of a pardon for Turing establishes the principal that "a sufficiently valuable individual should be above the law which applies to everyone else." In my view, the Queen should have pardoned every man and woman persecuted under the cruel and unjust law that ruined so many lives.

But I'll take Turing. For now. And if Stephen Fry gets his wish and we get Turing on a bank note, I'll frame one and hang it in my office. Read the rest

Bruce Sterling gave a speech at the North American Summer School in Logic, Language, and Information (NASSLLI) on the eve of the Alan Turing Centenary, and delivered a provocative, witty and important talk on the Turing Test, gender and machine intelligence, Turing's life and death, and art criticism.

If you study his biography, the emotional vacuum in the guy’s life was quite frightening. His parents are absent on another continent, he’s in boarding schools, in academia, in the intelligence services, in the closet of the mid-20th-century gay life. Although Turing was a bright, physically strong guy capable of tremendous hard work, he never got much credit for his efforts during his lifetime.

How strange was Alan Turing? Was Alan Turing a weird, scary guy? Let’s try a thought experiment, because I’m a science fiction writer and we’re into those counterfactual approaches.

So let’s just suppose that Alan Turing is just the same personally: he’s a mathematician, an early computer scientist, a metaphysician, a war hero — but he’s German. He’s not British. Instead of being the Bletchley Park code breaker, he’s the German code maker. He’s Alan Turingstein, and he realizes the Enigma Machine has a flaw. So, he imagines, designs and builds a digital communication code system for the Nazis. He defeats the British code breakers. In fact, he’s so brilliant that he breaks some of the British codes instead. Therefore, the second World War lasts until the Americans drop their nuclear bomb on Europe.

I think you’ll agree this counter-history is plausible, because so many of Turing’s science problems were German — the famous “ending problem” of computability was German.

SE Peeze Binkhorst sez, "100 years ago today, Alan Turing was born. To celebrate, I wrote a Universal Turing Machine in 100 Punchcards. I've uploaded a video to explain a small part of the read head (the Jacquard). One needle is shown out of a total of 28. The needle and anything else in the animation is not part of the Turing Machine, but is part of a machine that reads and executes the program, i.e. a computer I am working on, which is in part explained in this schematic. As the turingloom website is about a program for a Turing Machine and not about a physical Turing Machine, I hope to be excused from the requirement of infinite tape." Read the rest

Turing and pride in Manchester

Here's the Alan Turing statue in Manchester, decorated with pride for the centenary, taken by Josh R with Jonnie B.

(via Nelson) Read the rest

Some more wonderments in honor of the Alan Turing centenary: Jeroen van den Bos and Davy Landman from the Centrum Wiskunde & Informatica in Amsterdam have created a working Turing machine out of Lego. It is both inspired and an inspiration:

Our LEGO Turing machine uses a tape based on a classic interpretation of computer memory: switches. Additionally, it uses a light sensor to determine the value of a switch: if the switch is on, the sensor will see the black colour of the switch's surface. But if it is turned off, the sensor will see the white colour of the LEGO beam, making it possible to distinguish between the states. Finally, a rotating beam mounted above the tape can flip the switch in both directions.

Alan Turing's original model has an infinite tape, but LEGO had a slight problem supplying infinite bricks. So we chose to fix our tape size to 32 positions.

The BBC is celebrating the Turing centenary with a series of commissioned essays on the importance of Alan Turing and his work, kicking off with today's essay by Vint Cerf, co-creator of the Internet and Google's "Chief internet evangelist." Cerf has been awarded the Turing prize by the ACM.

Turing's legacy continues to evolve, astonish, challenge and excite. His insights and fearless approach to daunting problems set benchmarks for decades to come.

His clarity of thought and creative genius infused those with whom he worked. His conceptual notions, such as the Universal Turing Machine, provided the basis for serious analysis of computability and decidability.

His practical realisations of computing engines, special systems like the bombe and general purpose ones such as Ace, shed bright light on the feasibility of purposeful computing and lit the way towards the computing rich environment we find in the 21st century.

Had he lived to see 2012, one wonders what his thoughts might be and what new ideas he would challenge us to think about.

As my own journey into computing and networking continues to unfold, I find myself wondering and wishing that Turing were still around to consult.

Alan Turing: why the tech world's hero should be a household name