Dare You Peer Into the Secret Files of Dick Cheney? 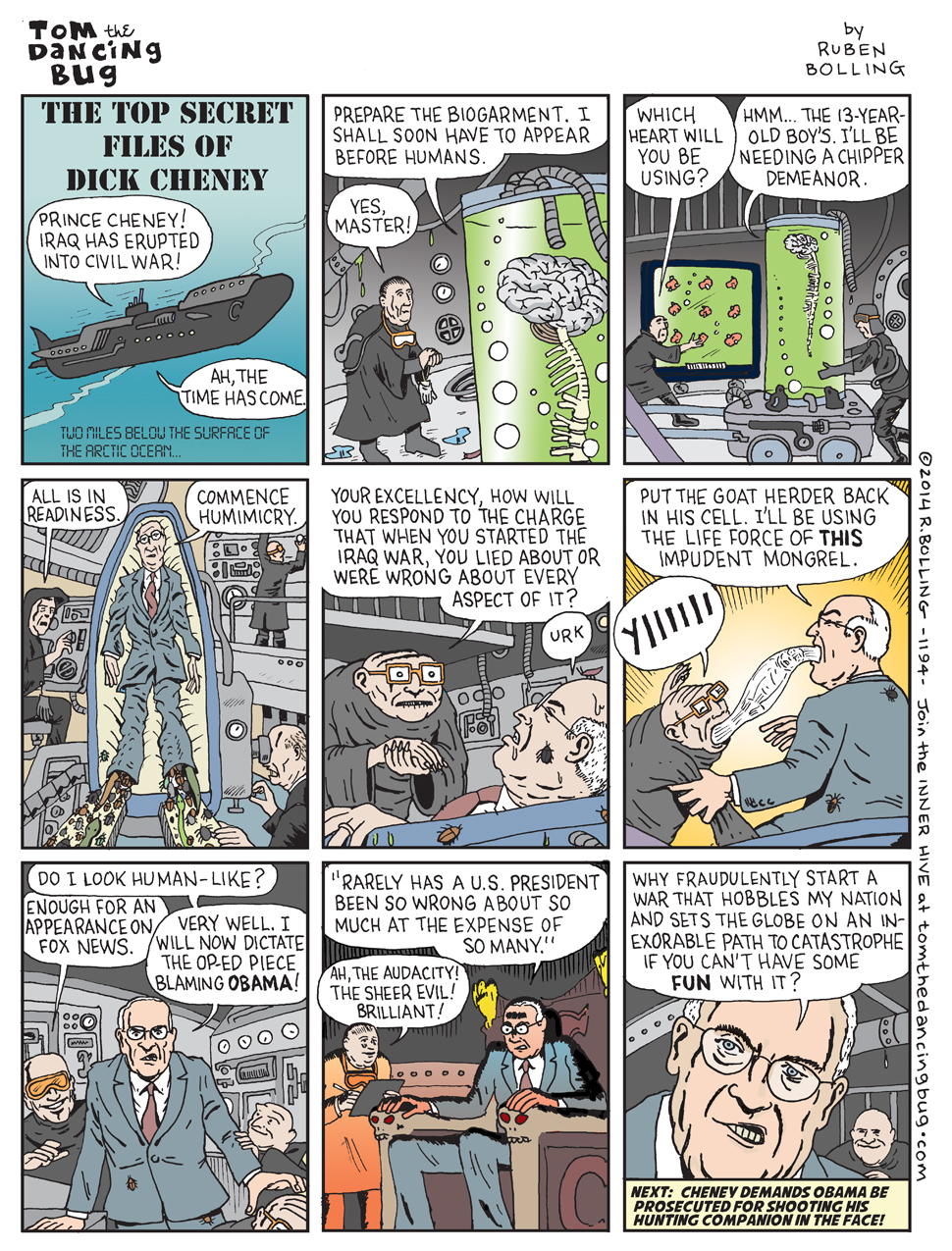 Attention, foolish Surface Dwellers! The Prince of Cheneyness forbids you to join the accursed INNER HIVE, in which members insolently gain access to private files such as these, and see ridiculous Tom the Dancing Bug comic strips before publication.