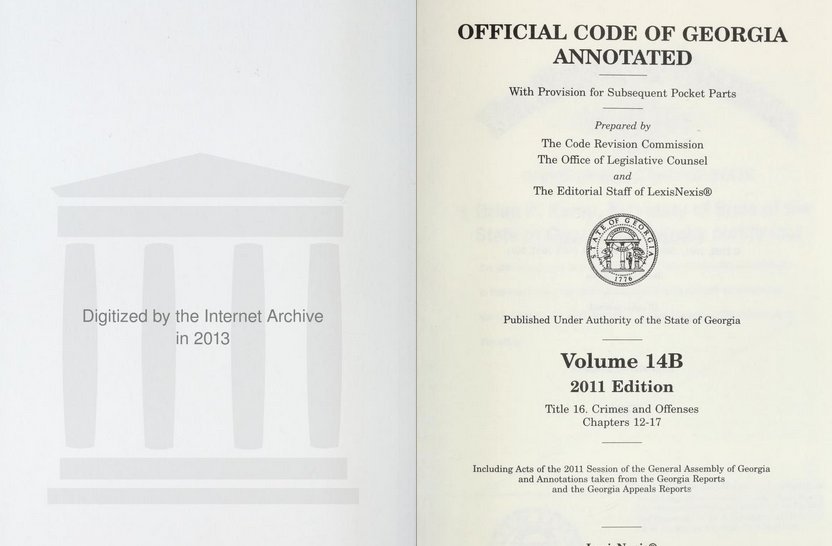 Rogue archivist Carl Malamud writes, "As many of you may remember, the State of Georgia filed charges against Public Resource complete with a scurrilous and unfounded charge that we engaged in a "strategy of terrorism." I am pleased to announce that we are represented pro bono by Alston and Bird, one of the leading law firms in Georgia. Our legal team filed an answer to the Georgia complaint and we counter-sued, denying their over-the-top characterization as 'bizarre, defamatory and gratuitous allegations.'"

You can read our answer and counter-claim, as well as supporting exhibits such as letters of thanks from Speaker Boehner and the Judicial Conference of the United States at the RECAP archive for our case. Lead attorneys Elizabeth Rader and Jason Rosenberg were assisted in this effort by Joe Gratz of Durie Tangri and David Halperin, who is of-counsel to Public Resource.

Simultaneous with our counter-suit, we released an upgrade of the XML data from 2013 to 2014, and released 51 new volumes that were released in July 2015 which you can examine in bulk on our server or view it on our govlaw collection.

I recently had the pleasure of appearing (MP3) on Lost in the Stacks, "the one-and-only research library rock-and-roll radio show," a podcast out of Georgia Tech. Hey, library+radio, what's not to like!

You can listen to the one-hour podcast here, which has three interviews and some very cool music. These librarians have some serious production chops!

Enjoy the podcast! Last time I did one of these was 20 years ago!