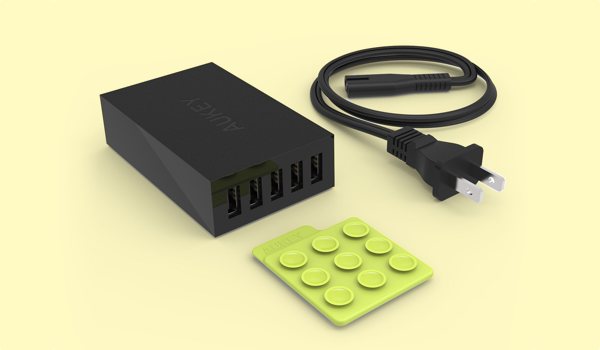 When we were at the Mission Inn for Weekend of Wonder, this 5-port USB desktop charging station, on sale at Amazon for $(removed) kept 3 iPhones and a tablet well-fed. I used the additional port to charge a battery pack. The great thing about it is that you can plug it into a wall outlet (which are always in weird places in hotel rooms for some reason) and set the charger on a desk for ready access. It even comes with a suction cup mat to hold your soap in the shower!