Apple won't let me read the ebooks I bought from them 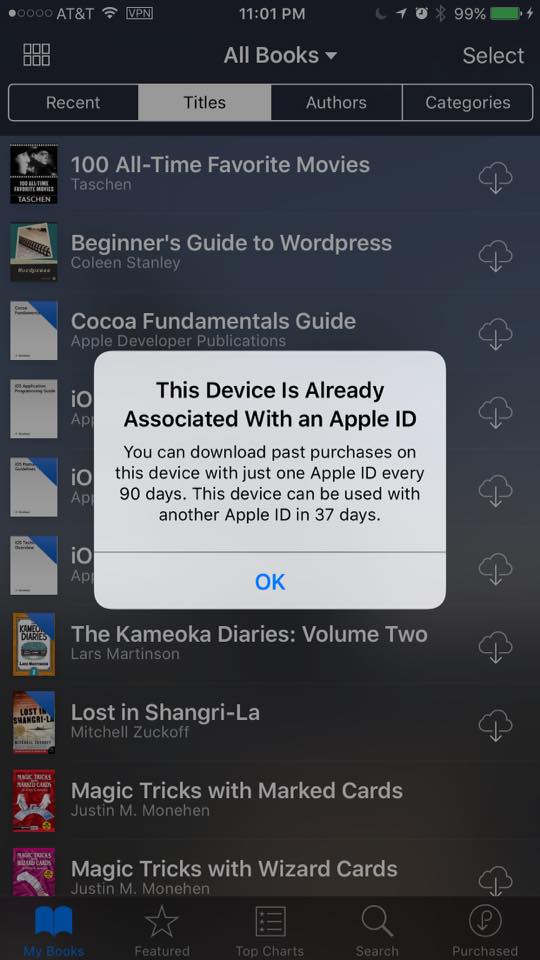 I apparently made a mistake somewhere down the line when I was setting up my family accounts on iCloud. (It's confusing, at least to me.) Now Apple is punishing me by locking me out of my purchased iBooks for 90 days.

After 90 days, I bet I will make another mistake and get punished again for not being as smart as Apple thinks I should be. In any case, I will never buy another ebook from Apple.