Mattel hired women to design these action figures for girls 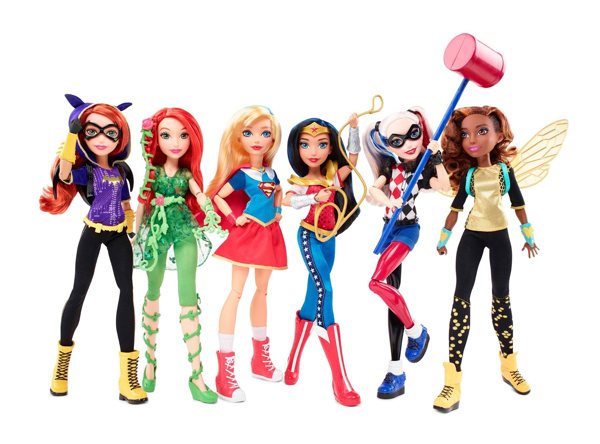 The DC SuperHero Girls line is aimed at 6-year-olds and the look great. Mattel designer Christine Kim says the action figures are were designed by women for girls, not by men for boys.

To show what a huge difference that makes, Kim picks up examples of the top-heavy Wonder Women and Batgirl action figures found on shelves today. "Beautiful, but really sexualized," Kim says. "There's a very direct emphasis on a womanly part."

Mattel learned some interesting things when conducting research for the toys: When boys play with action figures, they want to kill the villains, but girls want "the bad guys to be redeemed and turned into friends." Also, the girls the talked to said they did not want skinny "girly" action figures, so Kim "instructed her team to use gymnasts, dancers, and basketball players as primers for sculpting more muscular versions of the dolls and action figures."