The Candy Hierarchy 2015: your essential guide to Halloween treats 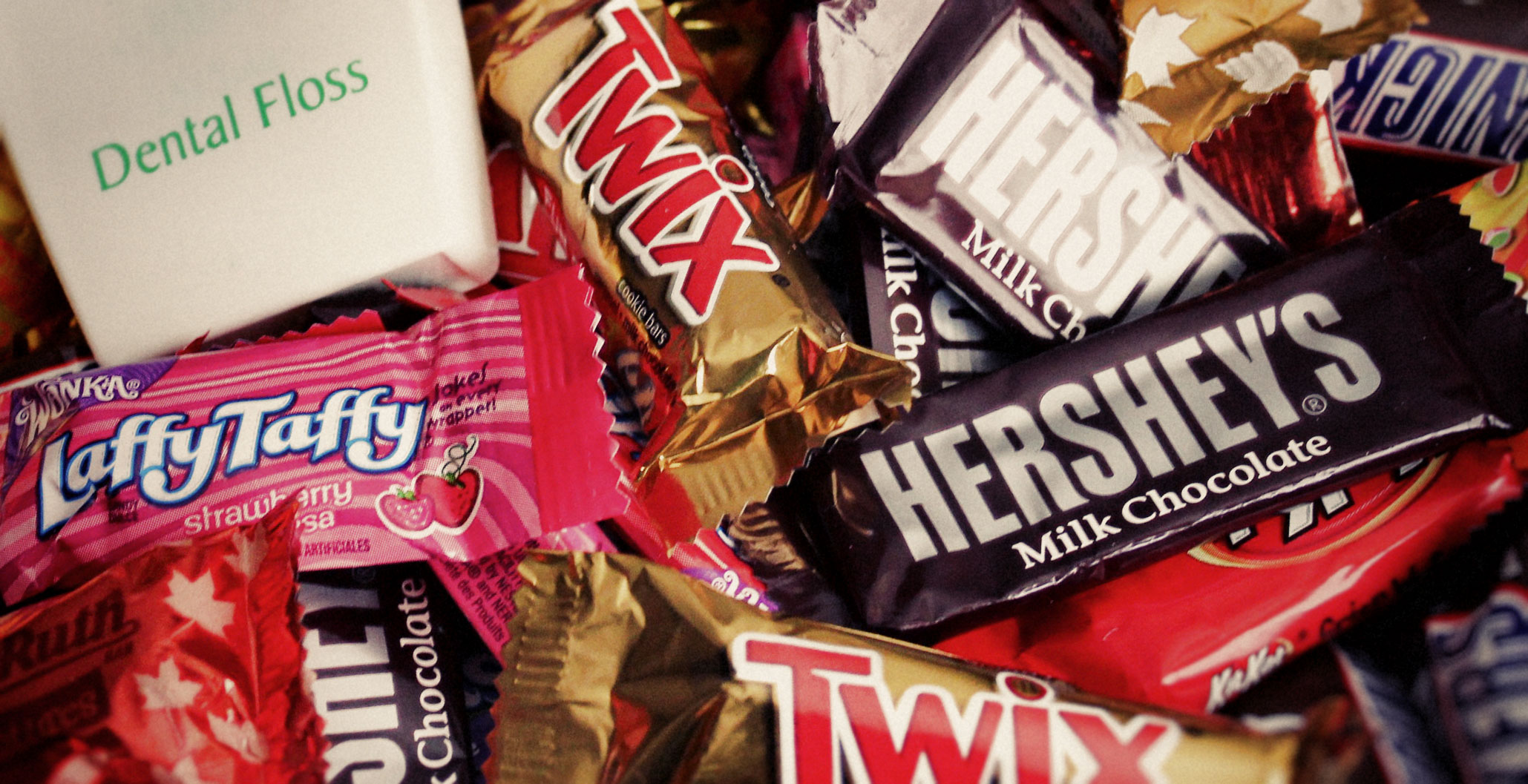 The Candy Hierarchy 2015: your essential guide to Halloween treats

(View this graphic as a huge PDF)

It’s always about the candy. The Candy Hierarchy is full up with this “joy induction” measurement, this thing that the co-principle investigators (PIs) Cohen and Ng go on about each year. From 2006 to 2013, the PIs conducted a longitudinal study, more or less guided by PI expertise and whim (or whimsical expertise) and possible corporation sponsorship. Research by others in the field sought to refute the findings, obviously unsuccessfully. Yet the PIs were so moved by the yearly outpouring of commentary that they opened up the study to additional data sources, namely people. People who the PIs surveyed. Or is it whom? Anyway, nobody cares - this is about sugar. The 2014 Candy Hierarchy was thus defined by data analysis of 43,767 votes obtained from 1286 individuals. Good for them. But not good enough for science. Because the 2015 Candy Hierarchy doubled down and reworked the whole thing with all kinds of more stuff. This hierarchy therefore presents the newly calculated 2015 rankings, based on a total of 518,605 data points obtained from 5459 individuals in a randomized fashion. It also provides the raw data from a secondary study that sought to understand the character of the survey takers, or rather how character affects joy induction. It’s all in there, just go check out the figures.

TRANSCRIPTION OF THIS MORNING’S CONFERENCE PROCEEDING DISCUSSION, WITH DR. COHEN AND DR. NG.

BC: Don’t you love how they call us Dr.?

BC: Well, sure. But you don’t struggle with the medical doctor/PhD doctor thing?

DN: Something more you wanted to say?

BC: Listen, I’m squeamish, so even the possibility that someone might ask me for medical help, help that could involve blood, it makes me light headed.

DN: Are we gonna talk candy or do this all morning?

DN: The hierarchy kind of went through the roof this year.

BC: Way more votes than we knew what to do with, like an order of magnitude more.

DN: Yeah. And the data is open for others to dig into.

BC: Right. More so because there’s so much that we didn’t have time for.

BC: Did you see anything surprising?

DN: Meh. I’m not surprised by how the bigger data set (see Figure 1) finally showed dominance of full-sized candy bars over everything else. Proving once again that more is better for trick-or-treaters, gluttons all.

BC: I’m not surprised Dots secured their position in the lower tier.

DN: Right, a lot of chatter on the boards about that too. Dots bring out the kind of anger we used to see with Candy Corn.

BC: But you know what was weird?

BC: People prefer Vicodin to Dots.

DN: Not weird at all, Ben, totally unweird. You know what I did think was weird?

BC: The floor is yours.

DN: You still can’t accept peanut butter’s ascendancy in the past few years.

BC: It’s a matter of principle. The public’s duped by Big Peanut. Big Mint and
Big Caramel need to lobby more.

BC: Mint > Caramel > Peanut Butter. It goes in that order. All are chocolate combinations, but it’s the right combo that matters.

DN: Twix and Snickers were pretty high up. Both caramel-laden.

BC: But Peppermint Patties? Junior Mints? Give them their due. Somehow Nerds were higher than Junior Mints, Dave. Nerds.

BC: It would seem so, Doctor.

DN: Let me reset things, this is taking too long. I’ve got two points: one is the change in the Petersen Inflex (where votes for Joy and Despair cancel each out), which hits right about, ahem, at Vicodin. What does that mean? The other is the ranking pulled from the extra character data.

BC: Did we find anything interesting there?

DN: Maybe? Take a look yourself (Table 1A). You can totally see that the data pulled from kids actually trick or treating provide some interesting insight.

BC: As in the kids really hate kale smoothies. That ranked last.

DN: And also the prominence of fruity chewy things. My God, Skittles is near the top!

BC: It looks like adults hate broken glow sticks the most.

DN: They want ones that work.

BC: That’s the only viable conclusion we can reach.

DN: Check out Table 1B too. It kind of looks like joy induction is similar regardless of whether a person chose Betty or Veronica.

BC: Or Friday or Sunday. I’m especially interested in that one. It’s a big topic in my circles.

DN: Or even those that listed comic sans as their favourite font, despite prior evidence from this report.

DN: It’s as if Candy Joy Induction is this universal or primal thing.

BC: I have no response to that.

BC: I didn’t know I was keeping you.

1. In which NF = |JC – DC| denotes the difference between the empirical measurement of joy versus despair. Hence the term: Net Feelies.

3. Not sure if this should be included. Systematics are still on going – denomination appears to be key.

6. These may be rolled to a friend.

7. Although has also been classified as packing material (Cunning, 2010)

10. Appropriate ranking may depend entirely on date of purchase versus date of opening. Experts in this field often refer to this dichotomy as "fresh CCE" versus "stale CCE," or FCCE versus SCCE (Beschizza, 2011). Note that its interior has also been described as "pustulent." (Petersen, 2010)

11. By some accounts, these and chalk are actually one and the same (Gadgetgirl, 2010). Also known as Rockets in Canada.

12. Not to be confused with fish from Sweden.

13. Vicodin, an analgesic, at the very special Petersen Inflex. There must be some societal meaning there...

14. Can you even imagine if you got Fritos?

15. As recently as 2006 Candy Corn remained unclassified, but as of 2007 had been tentatively placed in the Upper Chewy/Upper Devonian. 2008: no sighting. Due to this storied history, we have forever placed this specimen in the special category named the Marcellus Wallace Cusp or for those in the corporatized know, the Ironic Fructose Sediment. What this means exactly has yet to be determined. Only the heart knows.

16. Especially when you eat them properly. To quote Anonymous, 2010: "The trick to realizing how brilliant and delicious Now 'n Laters are is a two step process. The first step is to carefully read the name of the candy. "Now 'n Later." What does it mean, you ask? Well, it implies that the candy will be different "now" (when you put it in your mouth) and at some point "later" in time. A small leap of logic takes us to the second step: be patient. You need to suck on it for a while until it softens. If you skip this step, the Now 'n Later will be an inedible, rock-like colorful brick quite worthy of the low end of the hierarchy. But if you are patient in your candy-eating process, oh the rewards you will reap!"

17. This is from EU pressure, known in diplomatic circles as the “Hornby Concession" (see his many footnotes from the 2012 version).

18. Sometimes spousal influence forces these placements as with this primarily southern delicacy.

22. Research has further defined this relationship. Currently, it has been suggested that Blackwing Pencils > Hugs > Creepy Hugs > Pencils (Lobster, Prufrock451, and Warreno, 2010).

23. Yes, we really meant fruit that is healthy, clean-cut upstanding fruit that takes time from its gym membership and all the demands that come with it to contribute a positive message of citizenship and camaraderie to the community. This isn't a typo of healthy for healthful (cf. U.M.H. 2011).

25. Placed solely to acknowledge, make fun of, and possibly undermine British opinions. Google it, but be careful (2012).

26. In a word, surreal… Plus the ones with grandpas with eyepatches always make everything better. Pretty sure this is reproducible. (Gyrofrog, petertrepan, Koerth-Baker, Olsen 2012)

29. Yet some would be just as well to be left off. Bit-o-Honey, for example, might be called a lower tier member, but why bother? It says to your trick-or-treaters, "Here, I don't care, just take this." The lesson of Bit-o-Honey is: you lose. Doorstep offers of lectures in civics, too. You're making a social statement--"I loathe you and everything you represent"-- when you give these out.