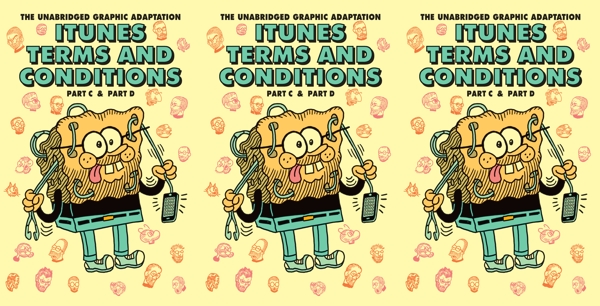 I thought Robert Crumb's unabridged graphic novel of the Book of Genesis was a herculean effort, but cartoonist R. Sikoryak has tackled an even more arduous task: incorporating the complete, unabridged iTune's user agreement into a graphic novel. Sikoryak is very good at drawing comics in the style of other cartoonists, and he uses this skill here to great effect. Take a gander:

A female Komodo dragon named Charlie who lives at the Chattanooga Zoo had three hatchlings without ever having mated. Charlie’s hatchlings were born last year but the zoo only recently determined via DNA testing that a male named Kadal who shared her habitat wasn’t the father. Indeed, there was no father. Komodo dragons are capable […]