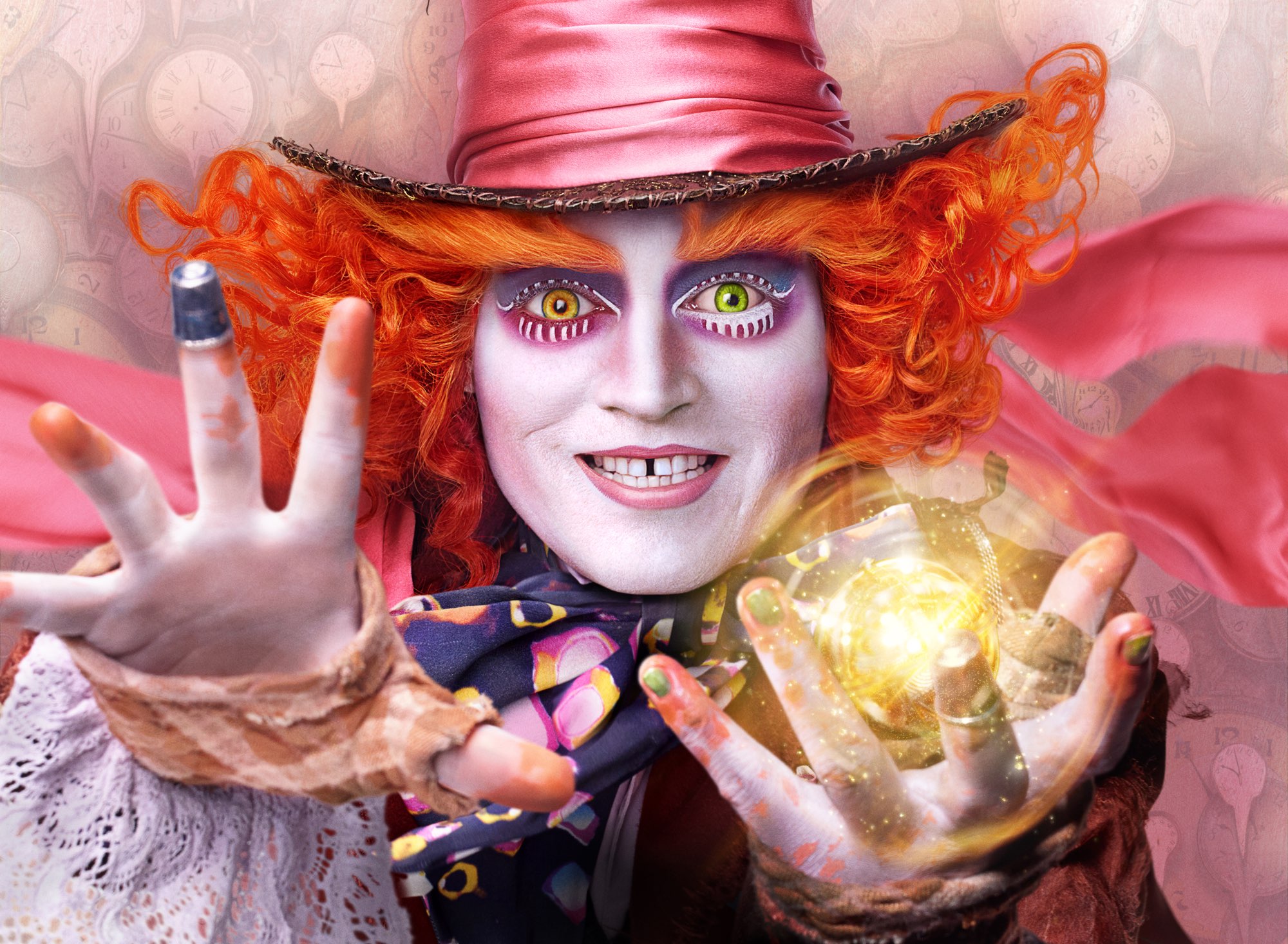 Johnny Depp is Hatter in “Alice Through the Looking Glass.”

New “first look images” from “Alice Through The Looking Glass” were released today by Disney.

Johnny Depp is Hatter in “Alice Through the Looking Glass.”

Helena Bonham Carter is the Red Queen in “Alice Through the Looking Glass.”

Mia Wasikowska is Alice in “Alice Through the Looking Glass.”

Anne Hathaway is the White Queen in “Alice Through the Looking Glass.”

Johnny Depp as Captain Jack Sparrow After “a month and almost 200 e-mails,” Rolling Stone writer Stephen Rodrick succumbed to an interview with Johnny Depp at his London home to discuss how the 55-year-old actor lost nearly all of his $650M fortune. The piece was devised by his lawyer in an effort to put Depp […]

Pirates of the Caribbean 5 not to your taste? How about some ice cold Japanese Asahi Super Dry beer? I can’t get enough. Whether Johnny Depp loves the beer (or just the millions of bucks he was paid by Asahi for making this Japanese TV commercial for their beer) we shall never know. Hollywood stars […]

Haha! Lucky riders on the Pirates of the Caribbean ride at Disneyland were treated to a live Jack Sparrow animatronics performance yesterday by Johnny Depp. He made a surprise visit to the park as part of a PR stunt. It’s fun to hear the passengers as they realize that the real Johnny Depp is standing […]