The "real" Silent Hill is sick of tourists 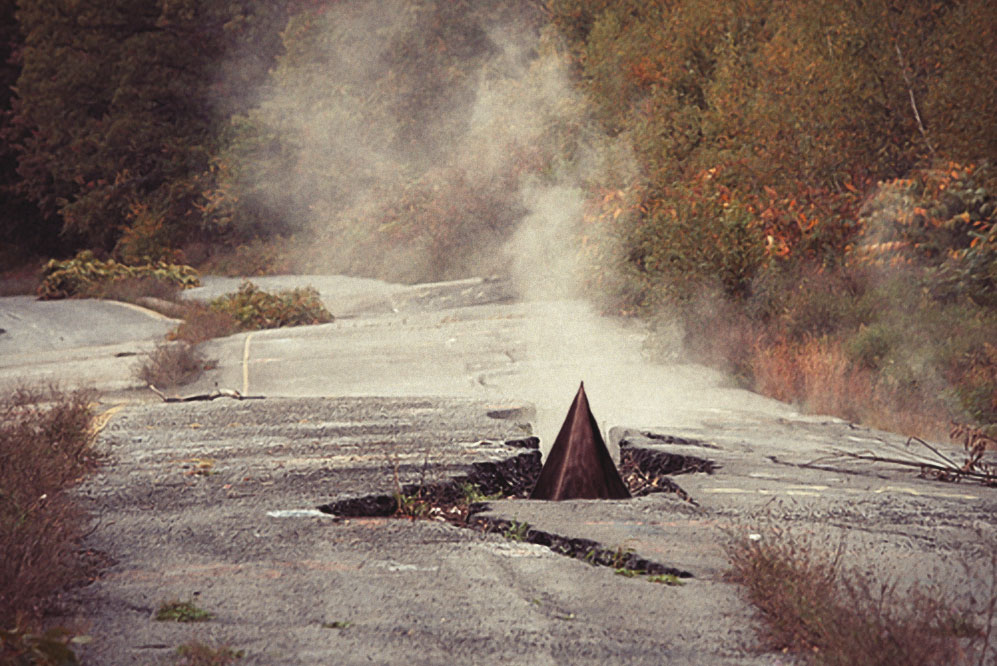 Centralia, PA, has a tourist problem thanks to its long-burning underground coal fire and ghost town status. The locals that remain are tired of being told their beloved, doomed home is the "real-life Silent Hill," that being a gateway to hell replete with deformed nurses with legs for heads, pyramid-headed demons, manifestations of scarred male psyches, etc.

Centralians themselves couldn't be less happy about Silent Hill, since the brief association the film made between Silent Hill and Centralia is now one of the better-known things about the town. Like, what if everyone knew the name of your home town, but only because Frank Booth in Blue Velvet mentioned that he once went to the toilet there.
Inevitably, those who visit Centralia for its relevance to Silent Hill leave disappointed. Every article that posits the town as "the real Silent Hill" — or as "The Actual Town from Hell", "Hell on Earth", "A Ghost Town… On Fire", or as one of the "10 Scariest Places on Earth" — includes a comment section with at least one reality check. "It is NOT a scary place at all." "I'm afraid if you want scary, find an abandoned insane asylum, because Centralia is not very scary at all." "It's very peaceful actually."

The irony is that in the Silent Hill trilogy, it's just a mysterious fog. The creepy coal fire angle was grafted onto the mythos for the movie, which no-one really cares about.

P.S. The next "big" town over from Centralia is named "Shamokin," a much better name for a municipality sat atop a disappointingly milquetoast chasm to hell.

b-side / it's not shamokin