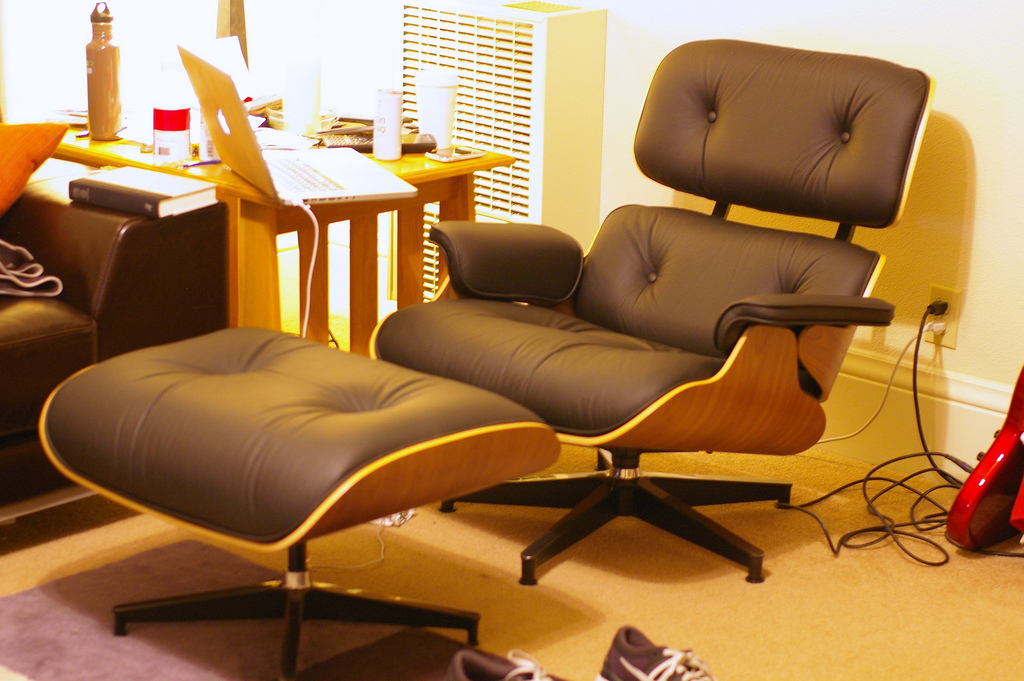 The Enterprise and Regulatory Reform Act 2013 is set to kick in, and with it will come an extended term of copyright for designer objects, such as furniture, which will endure for 70 years after the creator's death -- meaning that you'll need a license to post photographs of your own belongings.

It's unlikely that the law will be enforced against average Britons, but of course, a law that everyone is guilty of is a law that is ripe for abuse, because it allows rightsholders' estates -- often capricious corporate entities -- the right to ruin the lives of anyone they dislike, for any reason.

The intended target of the law is commercial photographers, whom the UK government has no sympathy for ("The Government considers that photographers and image libraries already bear costs for time and administration when assessing whether they need to obtain clearance when photographing").

Another group likely to be hit by this major copyright extension—publishers of books with pictures of design objects—is also being told to like it or lump it. The Digital Reader spoke with Natalie Kontarsky, associate director for legal and business affairs at the well-known art publisher Thames & Hudson, and she did not mix messages. "The government has actually said ‘you are collateral damage’ in a very sanguine, offhand way. The dark end of the spectrum would be to take books out of circulation and have to pulp. Obviously no one wants to look at that."

Unfortunately, the alternative isn't much better. "Licensing images retrospectively is likely to be a very expensive prospect—in terms of actual licence fees to rightsholders, working out who actually owns the rights and the cost of getting picture researchers involved and people like me on the legal side," Kontarsky told the Reader.

It seems like the UK government really wants to reduce red tape except when it comes to copyright. Then, it's happy to increase the burden on thousands of companies and professionals—and to see millions of UK citizens become law-breakers without really knowing or caring. So the next time you get the family picture album out, beware. Those old snaps might just show you're now breaking the law.