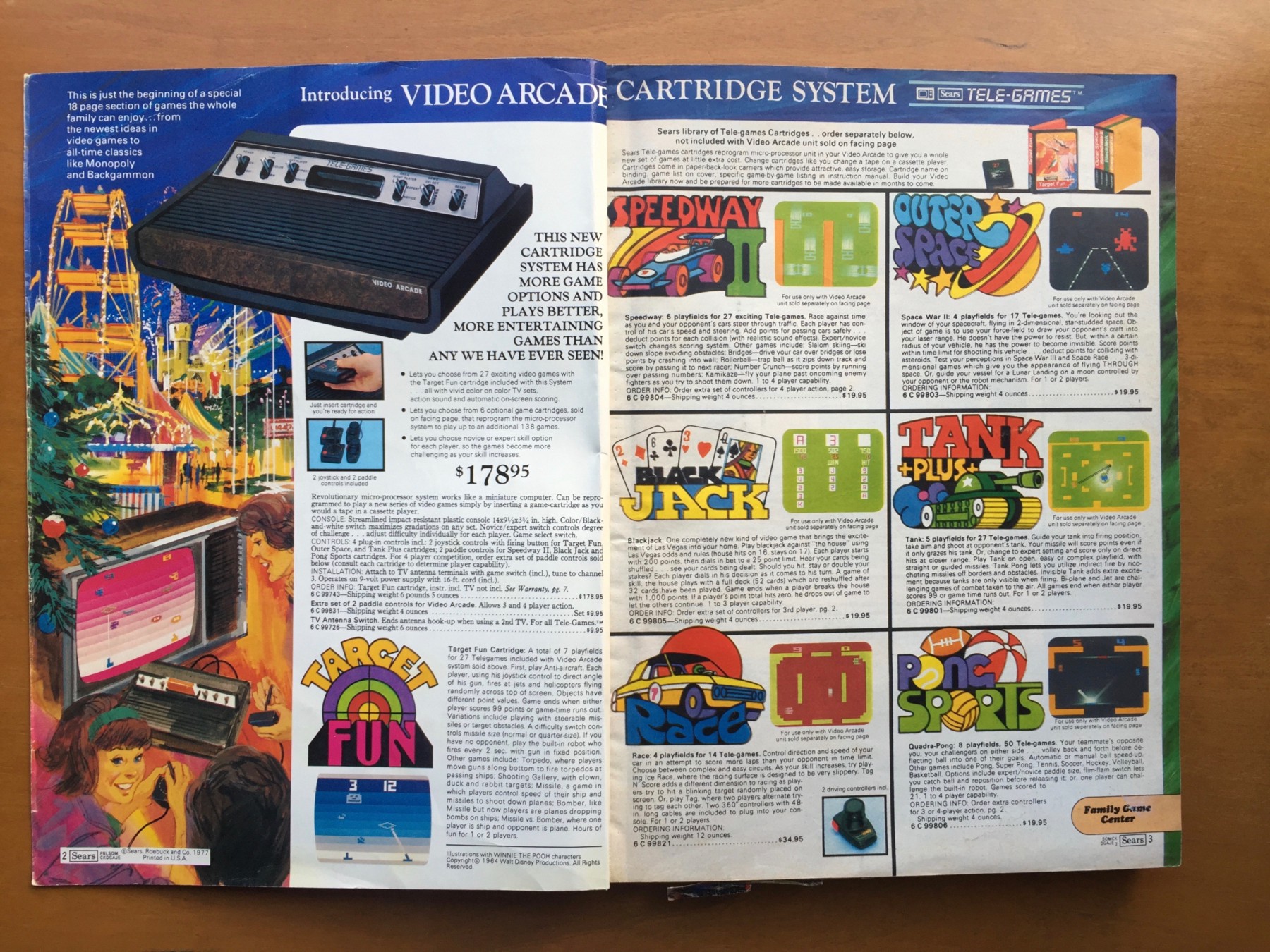 Greg Maletic scanned the 1977 Sears Christmas Wishbook, "Amazon, printed out." He presents a guided tour of its highlights, starting with the nascent console game and handheld electronic game industry's top offerings, which, when converted to 2015 dollars, are scorchingly expensive.

Other differences that stand out: the catalog's clothing section trumpets that the clothes are made from synthetic fibers, "brought to you by" Monstanto, Du Pont, and Celanese. Of course, there's a parallel today in the specialized market for "nanotechnology" outdoor gear, but in 1977, the miracle of technology was applied to all clothes, including the loungewear you'd sport in your conversation pit.

There are some out-and-out howlers, too: a set of girls' pajamas that had targets over the chest that friends were supposed to pelt with velcro-coated balls;and a nightmarish line of Farah Fawcett beanbags that let you sit on a deformed supermodel; and 45RPM singles sold by the pound.

But for the most part, the 1977 Wishbook is noteworthy because of the unguarded view it affords into the theories that merchants had about what the people of America aspired to in 1977, just like all advertising does.