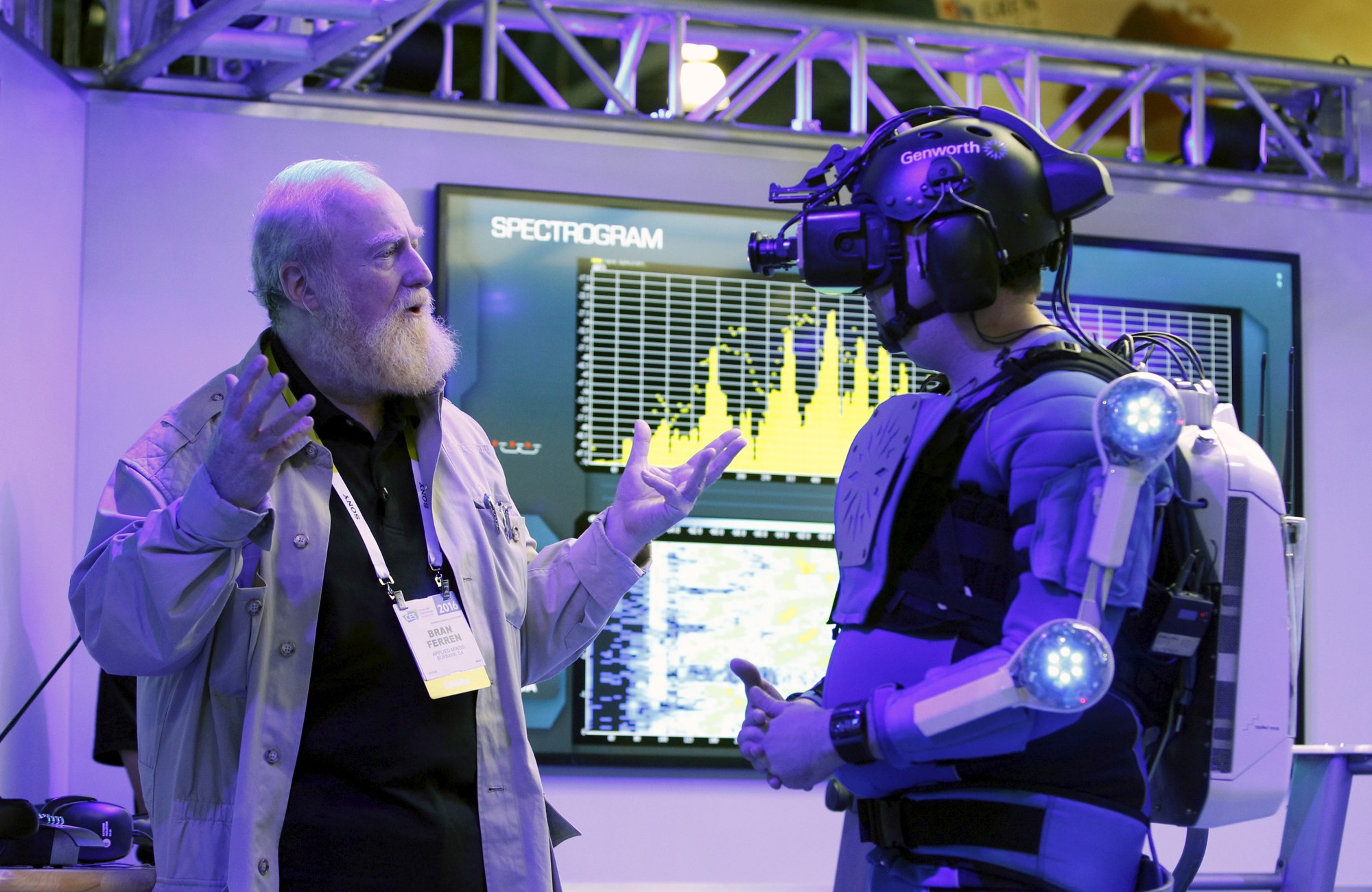 The annual Consumer Electronics Show is under way in Las Vegas, and we're enjoying the sights and sounds at a distance. Vegas during CES is a lot to handle. Here are 10 images from Reuters photographers that capture some of the more interesting displays over the first few days of the tech showcase.

An Allie Go, a 360-degree action cam, by IC Real Tech is shown on a helmet. The $599.00 camera uses two sensors with over 180 degree-coverage each and combines the video in the unit using Qualcomm processors. REUTERS

A Canhe-Fit pendant for pets is displayed on a toy dog. The fitness tracker monitors your pet's activity level, then an App gives nutritional advice depending on the breed, age and weight of the pet. REUTERS

Representatives from the French company Parrot demonstrate a prototype of their new Disco drone at the opening event at CES 2016. The Disco is the first wing-shaped drone which a user can pilot with no learning process, according to the company. REUTERS

A smartphone receives real-time information on air quality from an Airmega air purifier from Coway. The WiFi-enabled, smart air purifiers from South Korea range in price from $749.00-$849.00 depending on the size. REUTERS

Eric Yu of Royole models the company's foldable Smart Mobile Theater system. The $700.00 system has noise-canceling headphones and a viewing system that is vision correctable so you don't need to wear your glasses, Yu said. REUTERS

An aroma module is inserted into a Sensorwake alarm clock. The $109 olfactory alarm clock releases the scents at the programmed time but will also sound an auditory alarm if you don't wake up after three minutes. REUTERS

Satoshi Yanagisawa of Japan displays the Orbitrec, a connected 3D printed bicycle by Cerevo, during "CES Unveiled," a preview event of the 2016 International CES trade show, in Las Vegas, Nevada January 4, 2016. The bicycle features 3D printed titanium joints, carbon fiber tubes and a built in sensor module that sends a variety of information to a smartphone. REUTERS