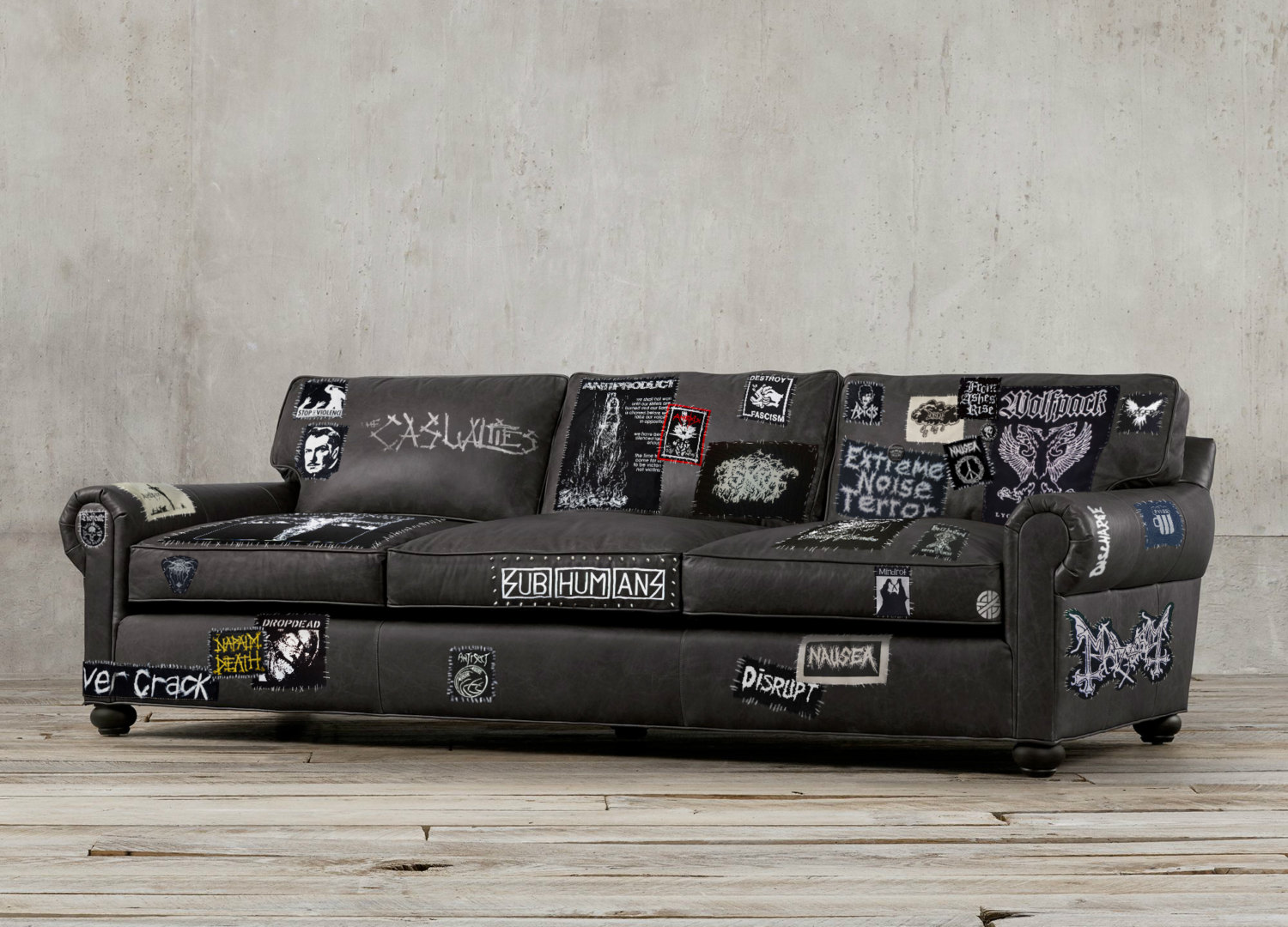 For $5,000 and up, Etsy seller Ultra Violet Production House will ship you a black leather sofa, sewing supplies, white paint pens, and punk band-patches, along with instructions for affixing the latter to the former to make a sofa that looks like you skinned a herd of crustypunks and made a sofa out of their pelts. (via Crazy Abalone)