Atheist ad on a bus in Madison, Wisconsin 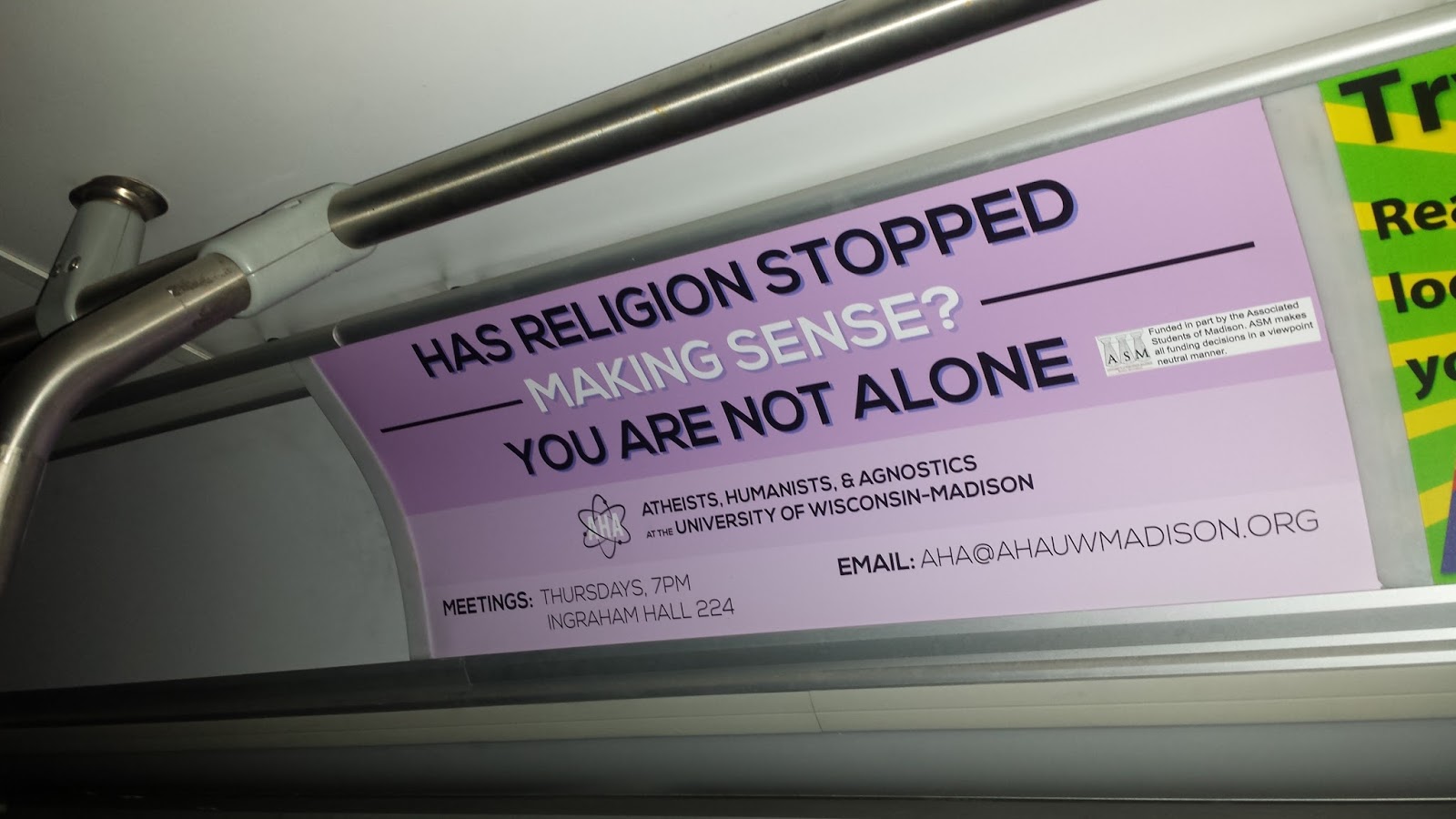 The Atheists, Humanists, & Agnostics (AHA!) group at the University of Wisconsin at Madison has bought these rather good ads on the local city buses, inviting people for whom "religion has stopped making sense" to come by for a chat. (via Skepchick)