"More frightened than bigoted": Trumpism dominated by trade, not race 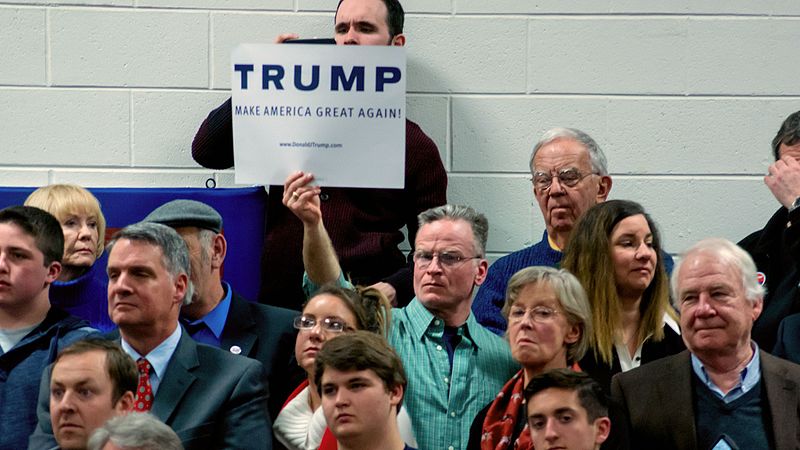 After an exhaustive (and, no doubt, exhausting) survey of Trump's speeches and interviews with his supporters, Thomas Frank concludes that while Trump's outlandish statements get all the headlines, the most consistent theme in Trumpism is that trade deals have destroyed the prospects of American middle-class workers, and this view is, if anything, even more heterodox to the parties' establishments than Trump's dumb wall.

What's more, Trump supporters' praise for their candidate places more emphasis on "jobs" than "immigration" or torture or Trump's business acumen. They espouse a belief that Trump's financial independence makes him less subject to corruption from industry lobbyists.

Trump supporters are most prominent in areas where the local industry has shuttered and moved out of the country, where unemployment, opioid addiction, poor healthcare and suicide have produced the first increase in early mortality for any US demographic group in modern history.

The significance of this phenomena is that the rise and rise of Trump may be more attributable to a sense that the economic deck is stacked against working class white Americans, and not racism and xenophobia, or at least not primarily. Rather, Trump is fusing the economically displaced with the racist/reactionary right, just as the Bush-era Republicans fused evangelicals and working class conservatives with neoliberals, somehow equating opposition to abortion with endorsement of Investor-State Dispute Settlements.

The other significance of this is that Trump's supporters might well be wooed by a genuine left-wing candidate on the Democratic side, one who also believed reining in financial capitalism, rebuilding the country's industrial base, re-establishing rights for workers, and ending the cycle of campaign finance corruption and favors-for-dollars.

What Lewandowski and Nussbaum are saying, then, should be obvious to anyone who’s dipped a toe outside the prosperous enclaves on the two coasts. Ill-considered trade deals and generous bank bailouts and guaranteed profits for insurance companies but no recovery for average people, ever – these policies have taken their toll. As Trump says, “we have rebuilt China and yet our country is falling apart. Our infrastructure is falling apart … Our airports are, like, Third World.”

Trump’s words articulate the populist backlash against liberalism that has been building slowly for decades and may very well occupy the White House itself, whereupon the entire world will be required to take seriously its demented ideas.

Yet still we cannot bring ourselves to look the thing in the eyes. We cannot admit that we liberals bear some of the blame for its emergence, for the frustration of the working-class millions, for their blighted cities and their downward spiraling lives. So much easier to scold them for their twisted racist souls, to close our eyes to the obvious reality of which Trumpism is just a crude and ugly expression: that neoliberalism has well and truly failed.