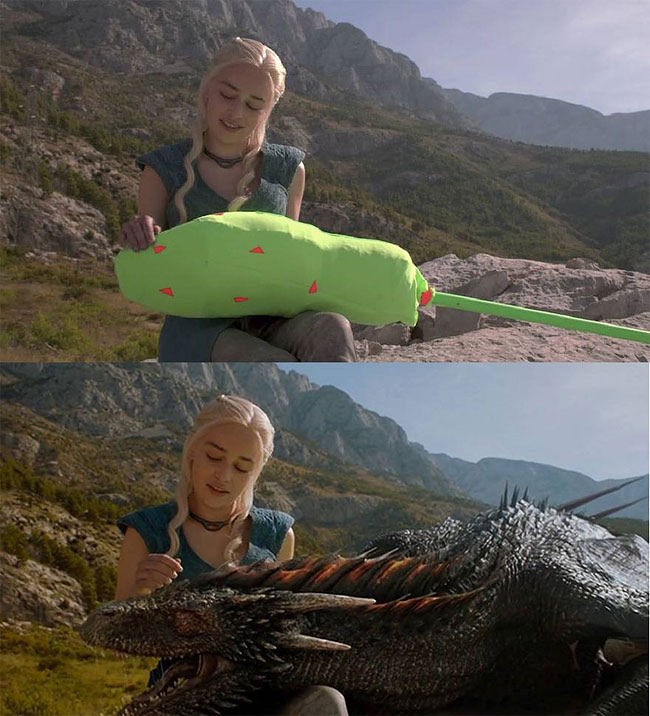 Above, "Game of Thrones" before the computer graphics.

Guardians of the Galaxy:

Pirates of the Caribbean:

See more at Design You Trust. (via Neatorama)