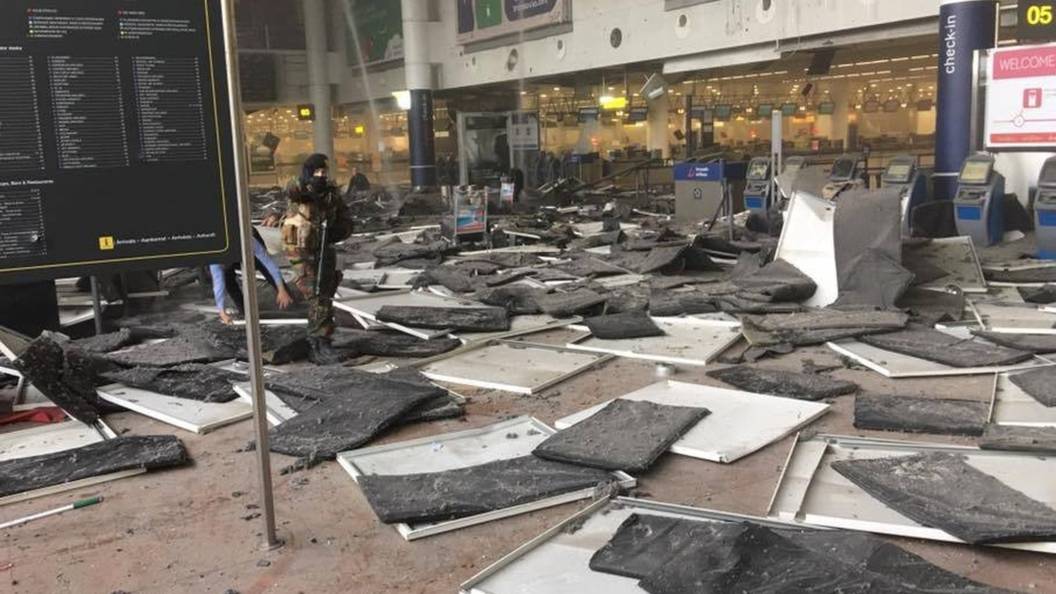 The BBC reports that several blasts hit the airport and a metro station in Brussels, killing at least 34 people (Updated below).

The government has not confirmed casualty numbers. Brussels transport officials say 15 died at Maelbeek and media say up to 13 died at the airport.

Belgium has now raised its terror threat to its highest level.

The attack comes days after the arrest of Salah Abdeslam, described as the main fugitive outstanding from the Paris attacks that claimed 130 lives in November.

Update: An ISIS-affiliated group has claimed responsibility for the attacks, reports ABC News. At least 34 are reported dead: 14 at Brussels Airport in Zaventem, and 20 in and around a platform at Maelbeek subway station. Some 180 people are reportedly injured.

This was the scene a short while ago, between the Arts-Lois and Maelbeek metro stations in Brussels. pic.twitter.com/aTZjqsF7Gt