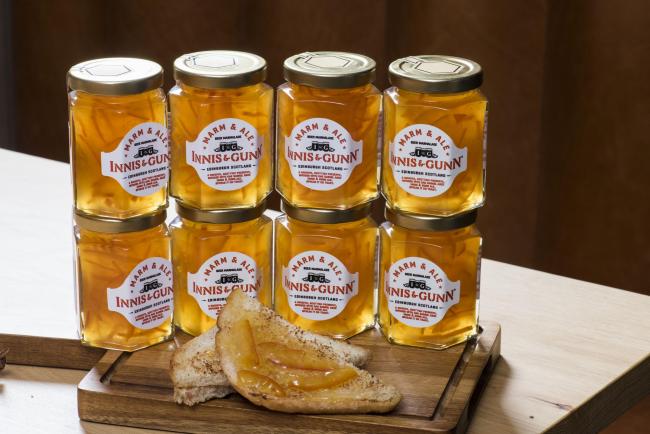 A Scottish craft brewery has developed "spreadable beer," a marmalade flavored with oak-aged pale ale. To go with it, Innes&Gunn is also selling a marmalade-flavored pale ale.

Dougal Sharp, Innis & Gunn founder and master brewer, said: “Launching in this great city has provided us with an opportunity to do what we do best: push the boundaries of what’s possible with beer through innovation and experimentation.

"That’s why we’ve been hard at work brewing a marmalade IPA and even creating spreadable beer for adventurous foodies.

"We’re proud to be setting up shop in such an innovative and vibrant city, we can’t wait to share our passion for great beer with Dundonians.”

Humans have been fermenting grain-flavored liquids into some simulacrum of beer for more than 10,000 years. And so it stands to reason that, over the next 10,000 years, we’ll continue finding ways to combine water and yeast with some kind of sweetener and a floral bittering agent, whether out of some adherence to tradition, or […]