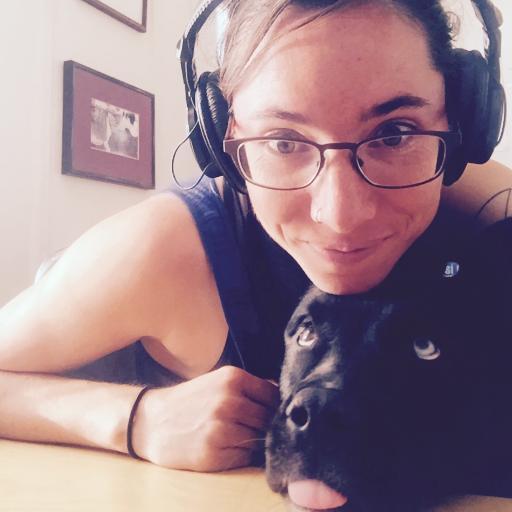 Rose Eveleth is a journalist who covers how humans tangle with science and technology. She's the host and producer of Flash Forward, a podcast about the future, and has covered everything from fake tumbleweed farms to sexist prosthetics. Kevin Kelly and I interviewed Rose about her favorite tools on the Cool Tools podcast.

"This is a time tracking tool. Basically, you can tell it projects and you can start and stop tracking. ... It's also useful because it serves to delineate tasks that I'm doing where I have to be very conscious about, "Okay, now I'm going to do this." I have to type it in and I have to push the start button and then, I push the stop button when I'm done. It's a nice way to keep myself focused on a single task. ... I've been using Top Tracker now for about six months and I really like it, so that is my recommendation."

"I was trying to think of a technology that I use a lot, because of the podcast, I often think about, "What are surprising technologies that people forget about a lot of the time?" One of the things that I have inside of me that I use everyday to keep me safe and healthy is an IUD. ... I do a lot of reporting on bio hacking and people who put magnets under their skin. .. Three million women in the US have a device inside of them that no one ever talks about as bio hacking ...It's a really popular form of contraceptive that is, in fact, a device inside you, which, I think, is really cool."

"It's like a chat room, basically, for your company. You can have different channels. Instead of sending those emails that are just the subject line or just one little thing, or if you have an email chain that goes back and forth forever because it's basically a chat, this takes the place of that ... The thing that's nice about it is that it gives you a little space to chat with people, especially when you are like me where you are home alone all day and you don't talk to any other humans. It's a nice place to talk and you can dip in and out ... I use it a lot for brainstorming."

"A headlamp is just basically ... a sweatband that has a light on the front of it. The one that I listed is the one that I use. I like that one. I think it's also the one that The Wirecutter recommends ... I think they're super useful. Of all the things that you might not want to forget, especially on a camping trip when you get up in the middle of the night and it's dark and you cannot find the bathroom, the headlamp is what you need. It's a hands-free thing."