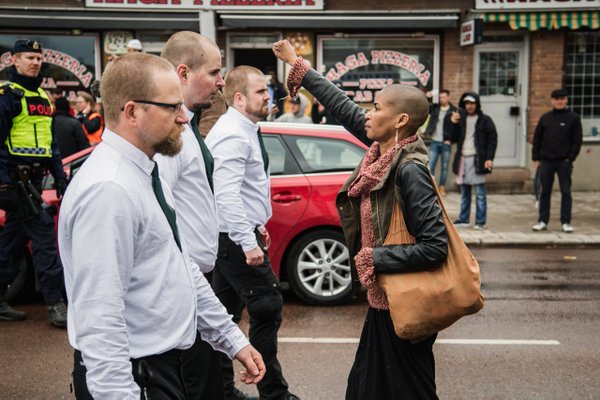 What a stunning portrait of one brave person.

"When I did it, I was angry. I wasn't scared," Asplund told CNN. "Now when I think about it, I understand it could have been worse. Now I see that."

"She was in real danger," Lagerlöf told CNN about the woman he photographed.

"She had nothing to stand up to those guys. The Nazis that she confronted, there were many of them, they were bigger, they are used to violence, and what she did was she went up to them, stood in front of them and stared at the leaders, stared them in the eyes, and it should have ended really bad. "