Campus rapist given lenient sentence to avoid "severe impact on him" 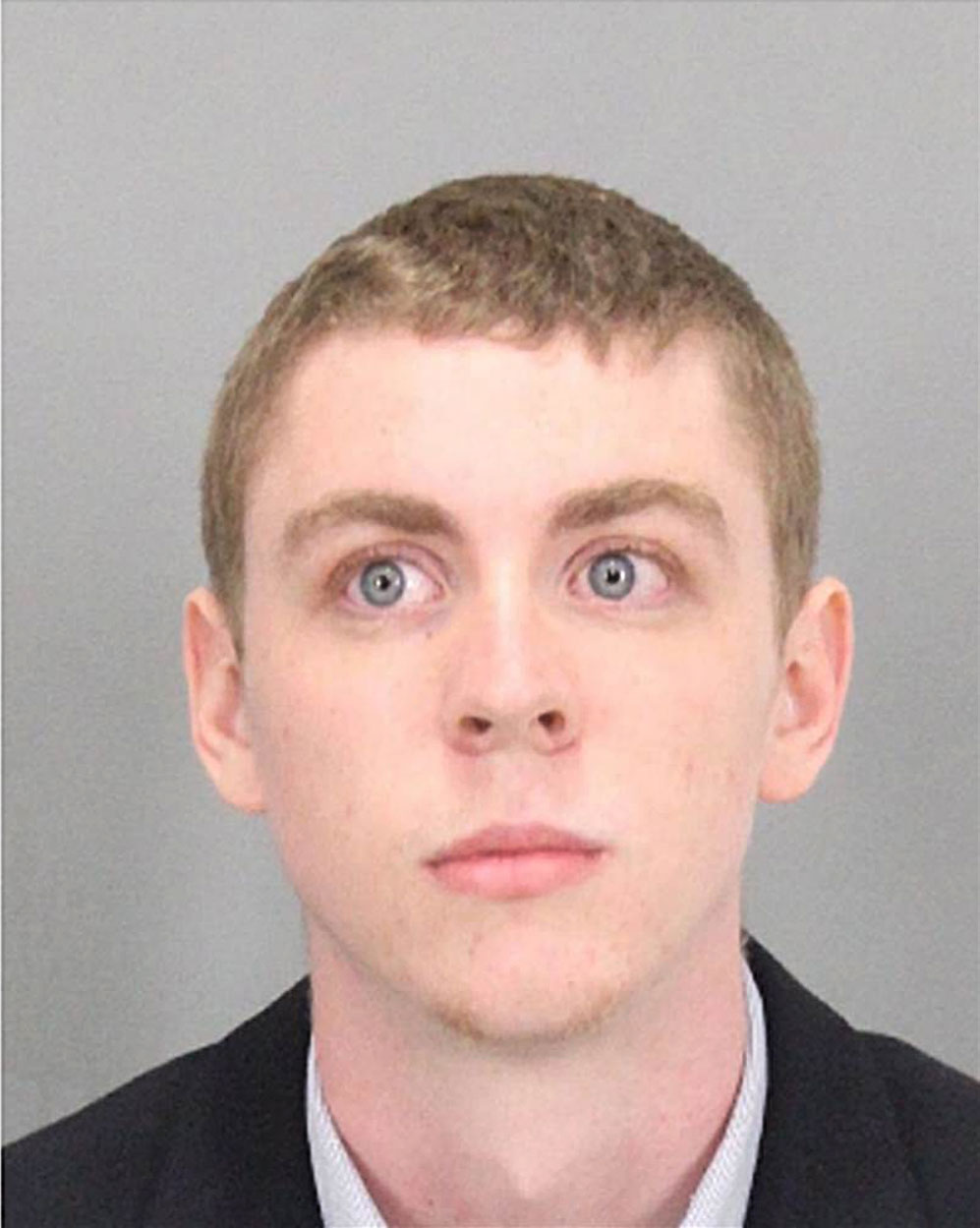 Former Stanford University athlete Brock Allen Turner, 20, raped an unconscious woman behind a dumpster. Prosecutors wanted him put away for 6 years, but the judge, Aaron Persky, gave him 6 months to avoid being unnecessarily harsh on the boy. He'll be out in a few weeks.

After a jury convicted Turner of sexually penetrating an intoxicated and unconscious person with a foreign object, prosecutors asked a judge to sentence him to six years in California prison. Probation officials had recommended the significantly lighter penalty of six months in county jail, according to the San Jose Mercury News.

The judge, Aaron Perksy, cited Turner’s age and lack of criminal history as factors in his decision, saying, “A prison sentence would have a severe impact on him … I think he will not be a danger to others.”

This was described as a "brazen" attack: he was physically forced off of his victim, then chased down and detained by passers-by until police arrived. Yet this column, by Scott Herhold, was the sort of coverage he enjoyed in the press:

Turner was rightfully convicted. I wrote a column earlier this year praising the two Stanford students, both from Sweden, who interrupted the assault and chased the drunken athlete down.

But probation officials, who see hundreds of less remorseful defendants, had it right. Turner should be given six months in county jail. He is not, as the prosecution has it, "a continued threat to the community." Why do I say that? The probation people cite his lack of a criminal record and what they see as genuine remorse. His attorneys have argued that the ex-swimmer has a record of real accomplishment.

A real record of accomplishment indeed. Her suffering is as invisible to men like this as the costs of his crime—and it always will be.

The district attorney issued a press release to express disgust at the sentence.

“The punishment does not fit the crime,” the District Attorney said. “The predatory offender has failed to take responsibility, failed to show remorse and failed to tell the truth. The sentence does not factor in the true seriousness of this sexual assault, or the victim’s ongoing trauma. Campus rape is no different than off-campus rape. Rape is rape. And I will prosecute it as such.”

After midnight, on January 18, 2015, Turner was seen by two witnesses sexually assaulting the unconscious victim, who was laying on the ground behind a dumpster on Stanford campus. When they called out, Turner ran away. The two tackled him and held him until police officers arrived. Evidence showed that the victim was so heavily intoxicated that she did not regain consciousness until hours later.

Here's the impact statement that Emily Doe, a pseudonym, offered the court—and which Judge Persky ignored.

I thought there’s no way this is going to trial; there were witnesses, there was dirt in my body, he
ran but was caught. He’s going to settle, formally apologize, and we will both move on. Instead, I
was told he hired a powerful attorney, expert witnesses, private investigators who were going to
try and find details about my personal life to use against me, find loopholes in my story to
invalidate me and my sister, in order to show that this sexual assault was in fact a misunderstanding. That he was going to go to any
length to convince the world he had simply
been confused. ...

You ran because you said you felt scared. I argue
that you were scared because you’d be caught, not because you were scared of two terrifying
Swedish grad students. The idea that you thought you were being attacked out of the blue was
ludicrous. That it had nothing to do with you being on top my unconscious body. You were
caught red handed, with no explanation. When they tackled you why didn’t say, “Stop!
Everything’s okay, go ask her, she’s right over there, she’ll tell you.” I mean you had just asked
for my consent, right? I was awake, right? When the policeman arrived and interviewed the evil
Swede who tackled you, he was crying so hard he couldn’t speak because of w
hat he’d seen.

"I don't want my body anymore," she said. "I wanted to take off my body like a jacket and leave it at the hospital with everything else."