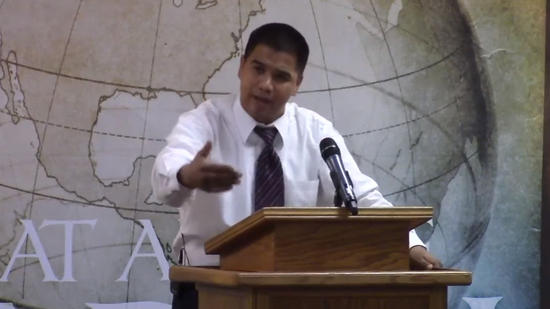 Pastor Roger Jimenez of Sacramento's Verity Baptist Church delivered a sermon praising the Orlando shooter and lamenting that The tragedy is more of them didn’t die…. I’m kind of upset he didn’t finish the job!"

The pastor also said that the killings had made Orlando safer and added that his preference would be to line lgbtq people up against a wall for a firing squad to "blow their brains out."

But in an interview outside his home Tuesday, Jimenez told a Sacramento Bee reporter that his sermon was not meant to incite violence against LGBT people.

“All I’m saying is that when people die who deserve to die, it’s not a tragedy,” he told the Bee.