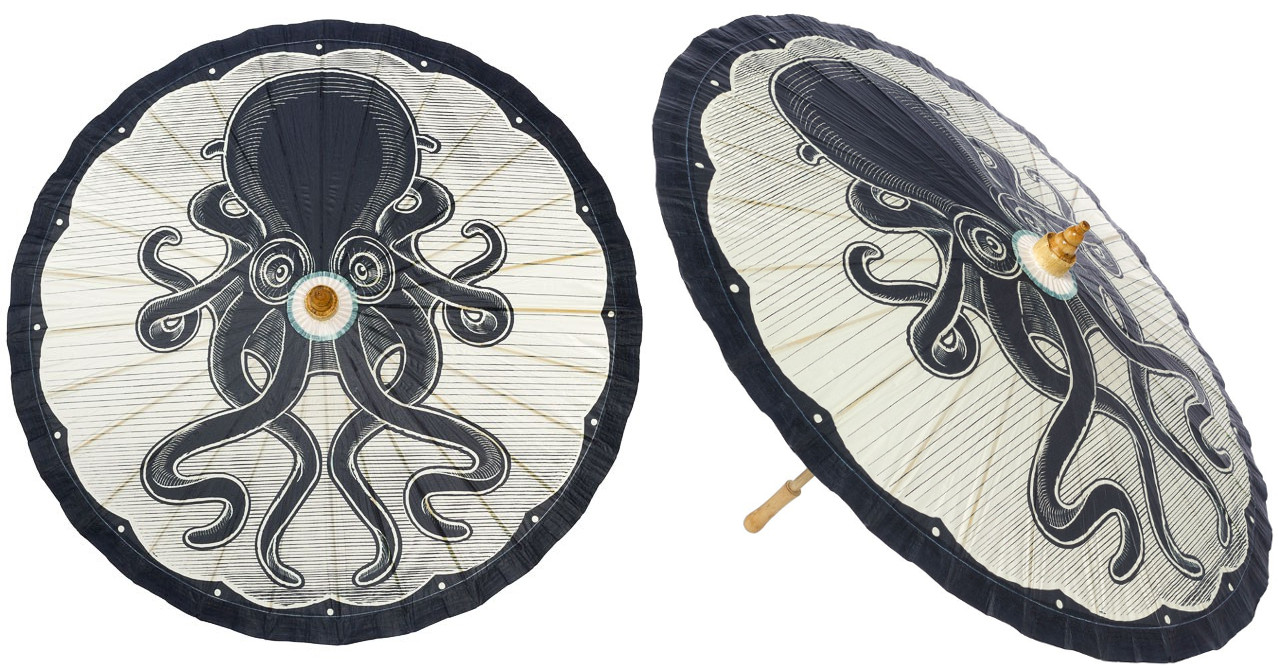 Attention, melting Californians and other overheaded personages: I ran across a fine fellow carrying one of these $28 Sourpuss Parasols -- the Kraken -- at Disneyland a couple weeks ago (he was a Boing Boing reader): as the daylight temperatures reach pizza-oven levels, I find myself appreciating just what a clever person this gent was to avail himself of such a fine shade. I've just ordered mine.