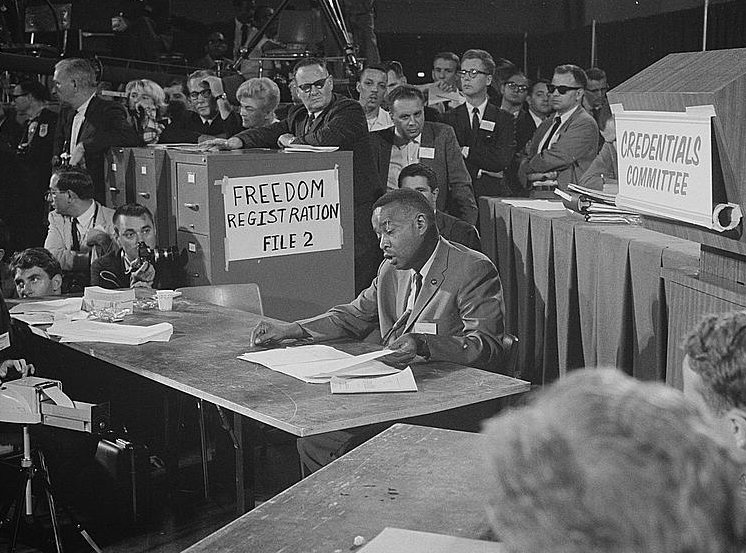 Three years ago, the Supreme Court gutted the Voting Rights Act, a 50-year-old piece of civil rights legislation that ended the Jim Crow practices of poll taxes and other restrictions that disproportionately denied people of color and poor people the right to vote.

Now, 17 states -- Republican dominated, despite swelling populations of traditional Democratic voters of African-American and Latin American descent, as well as young voters -- have laws on the books that would have been illegal under the Voting Rights Act. These laws, nominally aimed at preventing voter fraud, systematically deny the franchise to the voting blocs that were essential to the Obama presidential wins in 2008 and 2012.

Despite this, voting rights have not been an issue in the 2016 campaign -- so far. Voting rights haven't even been mentioned once in any of the 21 presidential debates to date.

There is also no evidence at all of widespread voter fraud.

The Voting Rights Act was the result of brave, principled action by millions of Americans who risked arrest, violence, even murder, to fight for the universal right to vote. Today, the survivors of that fight are finding themselves once more denied their ballots.

Marc Veasey [D-TX] has founded the first Congressional Voting Rights Caucus, with 71 inaugural members, whose goals are "to educate the public on the current voter-suppression tactics taking place nationwide" and "create and advance legislation that blocks current and future voter suppression and discriminatory tactics."

No Republicans have joined Veasey's caucus to date.

Ninety-five-year-old Rosanell Eaton of Louisburg, North Carolina, made the 260-mile drive to Richmond to listen to the court case. During Jim Crow, Eaton took a two-hour mule ride to the Franklin County courthouse in eastern North Carolina to register to vote. The three white male registrars told her to stand up straight, with her arms at her side, look straight ahead and recite the preamble to the Constitution from memory. After she did that word for word, they gave her a written literacy test, which she also passed. Eaton was one of the few black individuals to pass a literacy test and make it on the voting rolls in segregated North Carolina.

But after voting for 70 years, she became a casualty of North Carolina's voter-ID law, which went into effect this year, because the name on her voter-registration card did not match the name on her expiring driver's license. Eaton undertook a herculean effort to match her various documents and comply with the law. Over the course of a month, she made 11 trips to different state agencies — the DMV, two different Social Security offices and various banks — totaling more than 200 miles and 20 hours. "It was really stressful and difficult, [a] headache and expensive, everything you could name," she said, illustrating the new difficulties voters are facing this year.