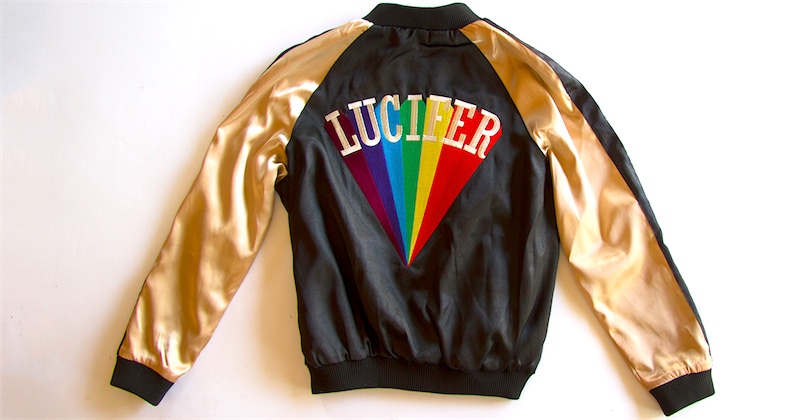 Although the satin ‘souvenir’ bomber has come into vogue recently with labels such as Louis Vuitton, Valentino and Saint Laurent, Kenneth Anger’s original design tops them all. Featuring a palette known locally as Hodos Chamelionis, or the Path of the Chameleon—the colors of the forces which lie beyond the physical universe, happens to be the Lucifer Brothers Workshop’s house mascot. Here, they are flitted over gold and black satin in a limited edition of 333 with labels signed by Kenneth Anger himself.