How can the media regain its credibility in reporting on race in America? 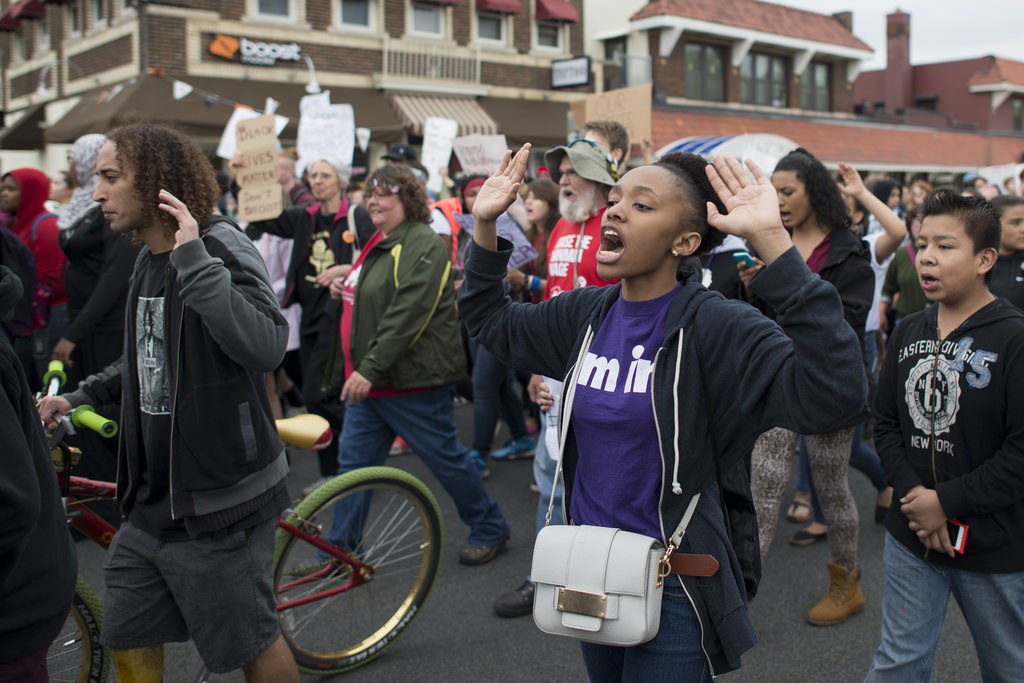 Farai Chideya -- a reporter and journalism professor at NYU -- describes the lessons she's learned in reporting from the "Heart of Whiteness" (Klansmen; Sheriff Joe Arpaio's plans for a war with Mexico; a white church that wanted to "disinter the body of a dead mixed-race infant"), and how the media has failed to learn those lessons -- to report on the systemic racism in American life -- for decades.

As the Trump campaign gets set to kick off (with a steady stream of racist dog-whistles) Chideya wants to chart a course for the media to be relevant and rigorous in reporting on race. After all, the reason that organizations like Black Lives Matter "take on qualities of both media and organising" is that "news organisations did not provide adequate coverage that included perspectives of black communities."

In a nuanced Guardian essay, Howard French pointed to the potential for toxic political discourse: “With Trump all but certain to be the Republican nominee, all signs point towards a tense and extraordinarily racialised campaign – and one that will pose a severe test for American journalism, which has been as beset by the crisis of race as the society it claims to rigorously examine.”

I would pivot from French’s words about the election to the general state of racial discourse in our body politic. We in the media are looking to reclaim a seat of authority in this conversation, but we have not paid our dues in years.

We withdrew from reporting deeply on America and the world and now citizens have done an end run around us and are communicating through their own networks – sometimes for better, other times, for worse.