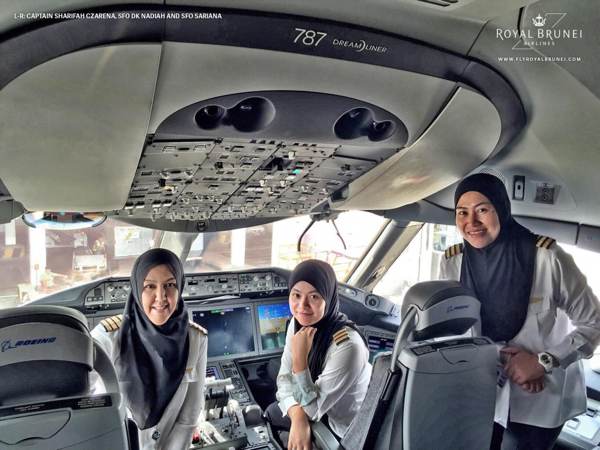 Royal Brunei Airlines's first all-women deck crew flew into Saudi Arabia this week. Unfortunately, they will not be allowed to drive there, since Muslim clerics in that country forbid it.

In December 2014, Loujain al-Hathloul was detained after she tried to drive into Saudi Arabia from the United Arab Emirates. Maysa al-Amoudi, a friend who turned up to support her, was also detained. Both were released after more than 70 days in custody.

Sarah Leah Whitson, the Middle East and North Africa director for Human Rights Watch said at the time: “After years of false promises to end its absurd restrictions on women, Saudi authorities are still arresting them for getting behind the wheel.

"The Saudi government’s degrading restrictions on women are what bring shame to the country, not the brave activists standing up for their rights.”

Last Sunday, Saudi Arabia lifted its decades-long ban on women driving. On the same day, a young rapper named Leesa A released a music video celebrating her new-found freedom. The video has since gone viral. BBC reports: Leesa A, who previously had a relatively small social media presence, posted her video on Instagram and YouTube […]