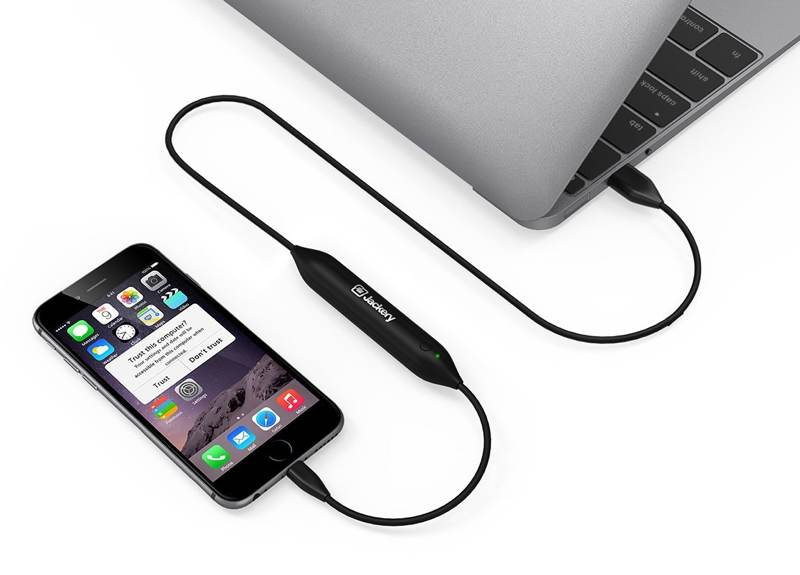 This looks like it could come in handy - the Jackery Jewel is a MFU-certified Lightning-to-USB charging cable with a built-in 450 mAh battery. It's $16 on Amazon with promo code JERJEWEL. I just ordered one.