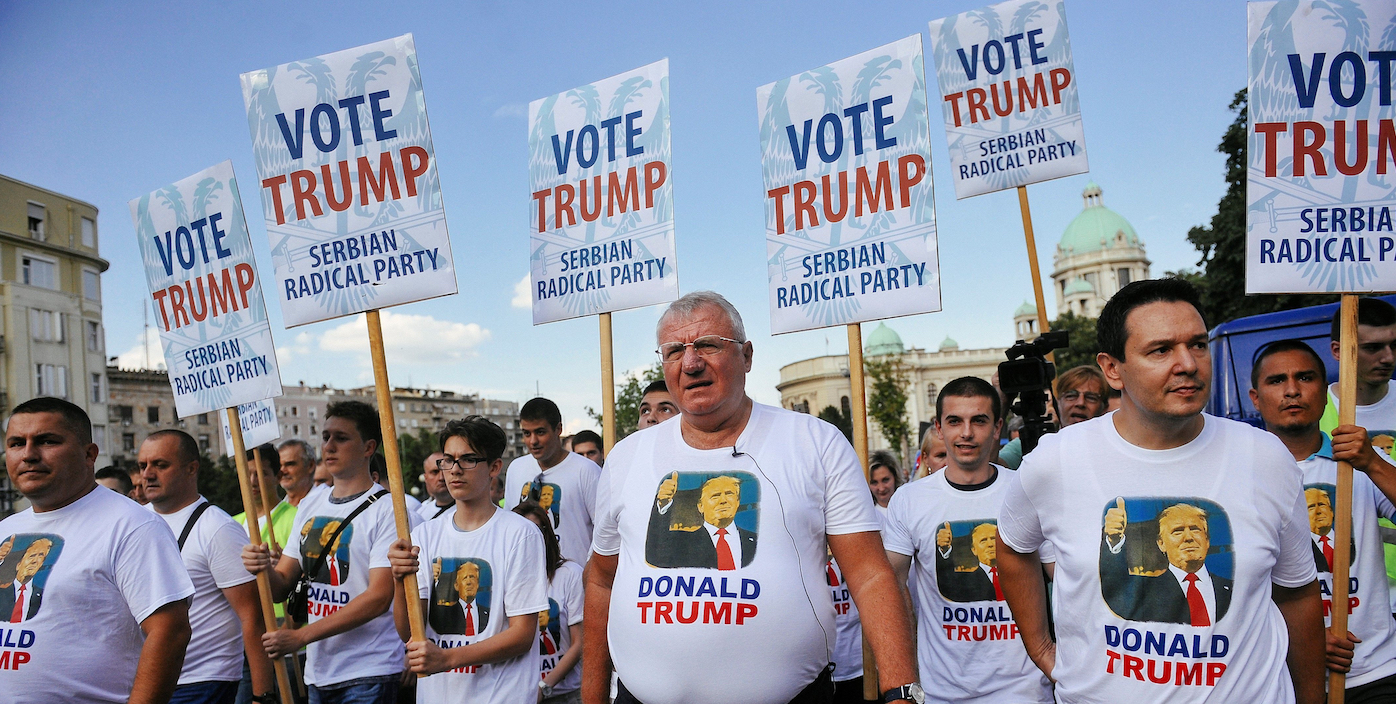 The activists, led by the head of Serbia’s ultranationalist Radical Party, Vojislav Seselj, chanted “Donald Trump!” and marched outside the country’s Parliament wearing t-shirts bearing the name and likeness of the American candidate.

Speaking to his supporters in somewhat broken English, Seselj said that the message for Serbian-Americans was simple: “Vote Trump, for future of Serbia.” In his own language he told Reuters later: “Trump is the alternative to globalization. He will destroy old centers of power in the United States and he is a supporter of Russia.” The Serb nationalist also praised Trump for “restoring American pride.”