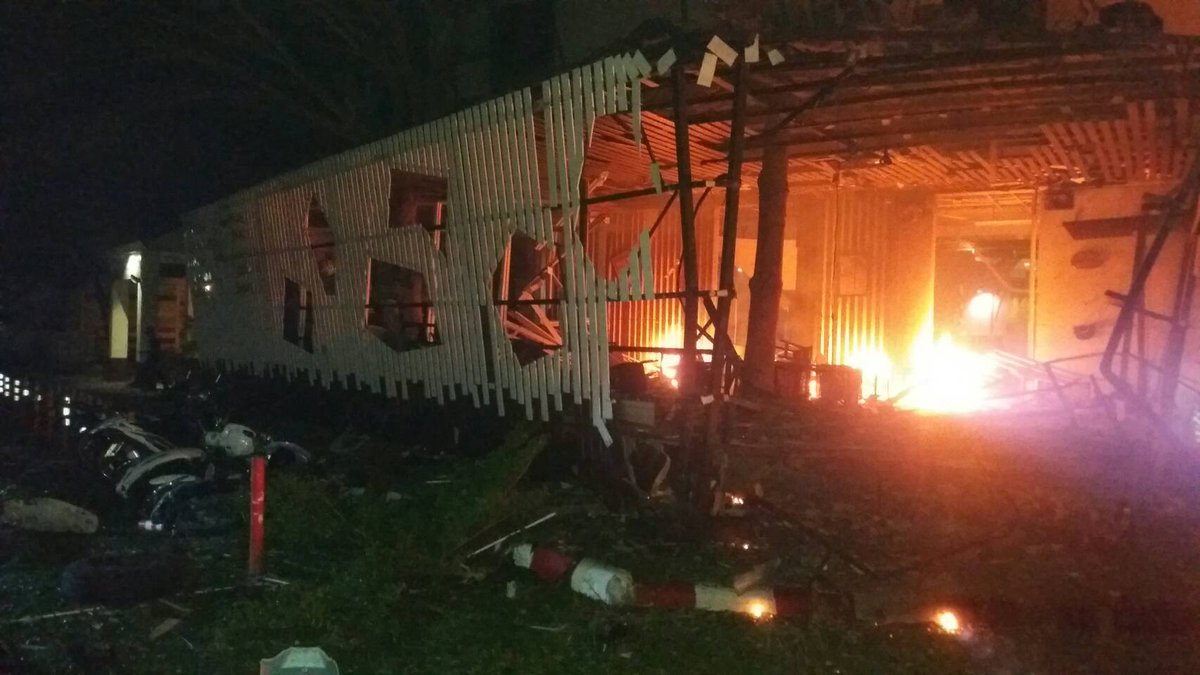 “It was unclear whether the bombs were set off by timers or electrical signal,” the Bangkok Post reported.

Bangkok Post reports that the bombs were detonated near each other, and went off 20 minutes apart. “This so-called double tap is an increasingly common tactic by southern insurgents, with the aim of causing maximum casualties with the second bomb among those who respond to the first.”

The first blast at 10.40pm near a pub and karaoke caused no casualties. The second car bomb exploded at 11pm, and caused 17 security officers and bystanders wounded and hospitalized.

One of the victims died of her wounds overnight. Authorities identified her as Oraphan Sriuenhat, 35, caught in the second blast. She was working at a food shop in front of the targeted hotel when the second bomb went off.

One Thai person was killed and 30 wounded when two bombs exploded late on Tuesday near a hotel in the southern Thai beach town of Pattani, police said, less than two weeks after a series of blasts hit the south.

The first blast in a parking lot behind the Southern Hotel caused no casualties, Police Lieutenant Colonel Winyu Tiamraj told Reuters on Wednesday. All the casualties were Thais.

"The second explosion came from a truck parked at the hotel entrance, opposite a karaoke bar and a massage parlor, resulting in one death and 30 injuries," he said.

The blasts came less than two weeks after a series of explosions hit three of Thailand's most popular tourist resorts and a town in the south of the country, killing four people and wounding dozens.

my room after bomb went off moments ago in #pattani hotel in #Thailand its terrible @MarkCollyerReal pray for me pic.twitter.com/NNIfUbYS00

More early reporting with social media scans at News.com.au, and more reporting at the IBT, and RT.