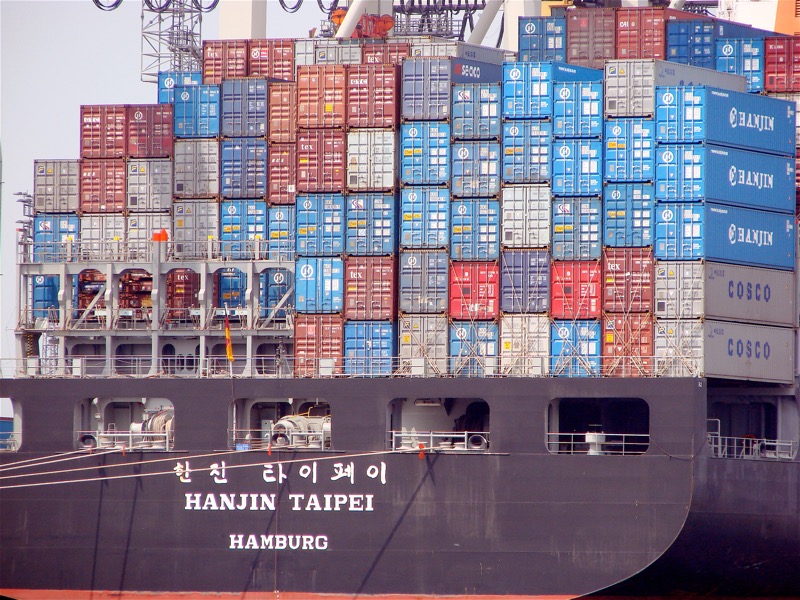 British artist Rebecca Moss went aboard the Hanjin Geneva container ship for a "23 Days at Sea Residency." But the company that owns the ship went bankrupt on August 31, and ports all over the world have barred Hanjin's ships because the shipping line is unable to pay the port and service fees.

The ship is now just sitting in the Pacific Ocean near Tokyo, and the captain has told everyone on board to conserve food and water.

The Vancouver Sun interviewed Moss about the situation.

What’s it feel like to be on a ship with containers full of stuff with no place to go?

I change between emotions of amusement to anger and incredulity. It is a dumb situation. The fact that nobody is rushing to buy these containers off of us shows that they cannot be needed that desperately in Asia. In some ways they feel very valuable (surely some contain food?!) but apparently they are worthless. Some of the containers contain animal skins. What did they die for?