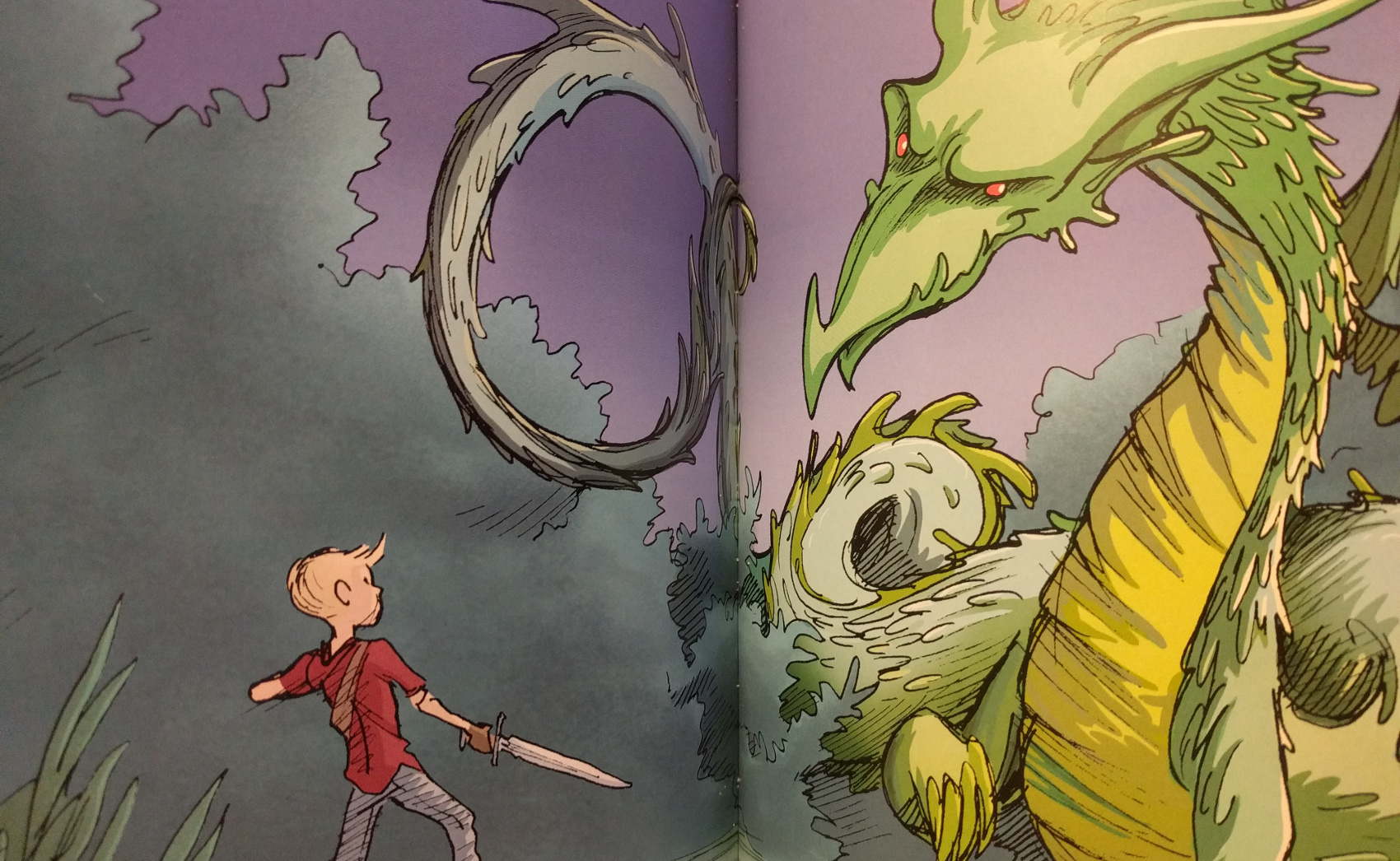 Ben Hatke's Zita the Spacegirl trilogy was one of the best kids' comics of the new century (and it's headed to TV!), and he's been very productive in the years since, but his new series, Mighty Jack feels like the true successor to Zita: a meaty volume one that promises and delivers all the buckle you can shake a swash at, with more to come.

Jack and his sister Maddy -- who is on the spectrum and doesn't speak -- live with their mother, on the brink of financial ruin. Their mother won't let Jack get a job and help out, either, because she needs him to spend summer vacation looking after Maddy while she scrounges for work. One day, at a swap-meet, an enigmatic stranger talks Jack into swapping his mom's car keys for a box of mysterious seeds, helped along by Maddy, who breaks through and urges him to take the deal.


After Jack's mother calms down from the shock of discovering that her son has pushed the family one step closer to financial ruin, she calms down and forgives him, and he and Maddy, left alone at home, set to planting their seeds in a new garden.


Before long, the seeds are putting up shoots -- but these aren't any ordinary plants. They're monstrous, walking, talking, fighting, biting plants, and they find themselves embroiled in combat with their vegetable patch. Then they're joined by Lucy, the weird homeschooled kid from next door who has grown bored of spending her summer practicing swordfighting and archery on her own, and once she's wheedled Jack and Maddy's secret out of them, she joins them in their quest to vanquish the garden, eat its fruits (some of which give them amazing power) and keep the whole thing secrete from all adults, especially Jack and Maddy's mom.

Hatke himself is a real-life superhero: a fire-breathing, sword-fighting, acrobatic archer, and he handles the combat sequences here with real authority, beyond anything else we've seen in his work. But in other regards, this is a pure Hatke title, populated by smart, likable kids whose friendships and loyalty are the key to their victory. There's heart in here to match the action, and a mix of characters -- male and female, neurotypical and spectrum, young and old -- that will appeal to any kid or their grownups.