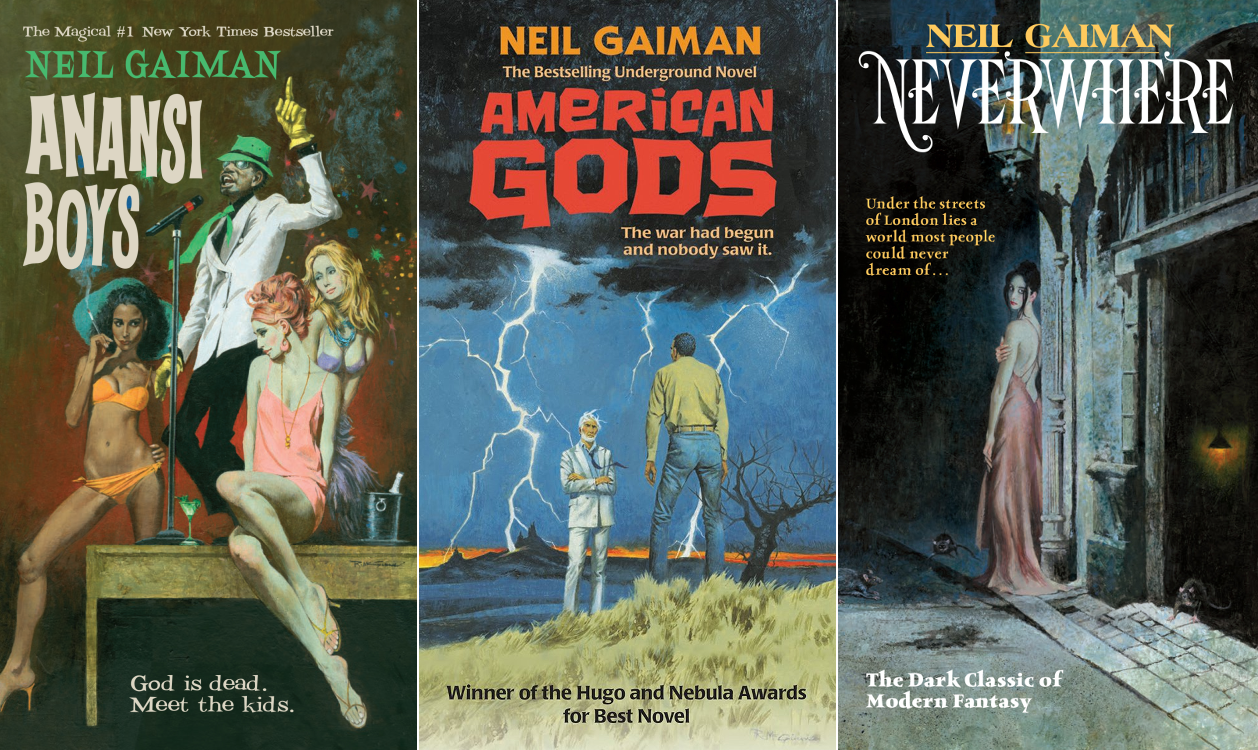 Now there are three: Neil Gaiman's best-loved novels are being re-released with gorgeous pulp covers; back in August, it was American Gods, in a month you'll be able to marry it up with the stupendous Anansi Boys, to be followed in November by Neverwhere (painted by Robert E McGinnis, lettering by Todd Klein). (via Neil Gaiman)