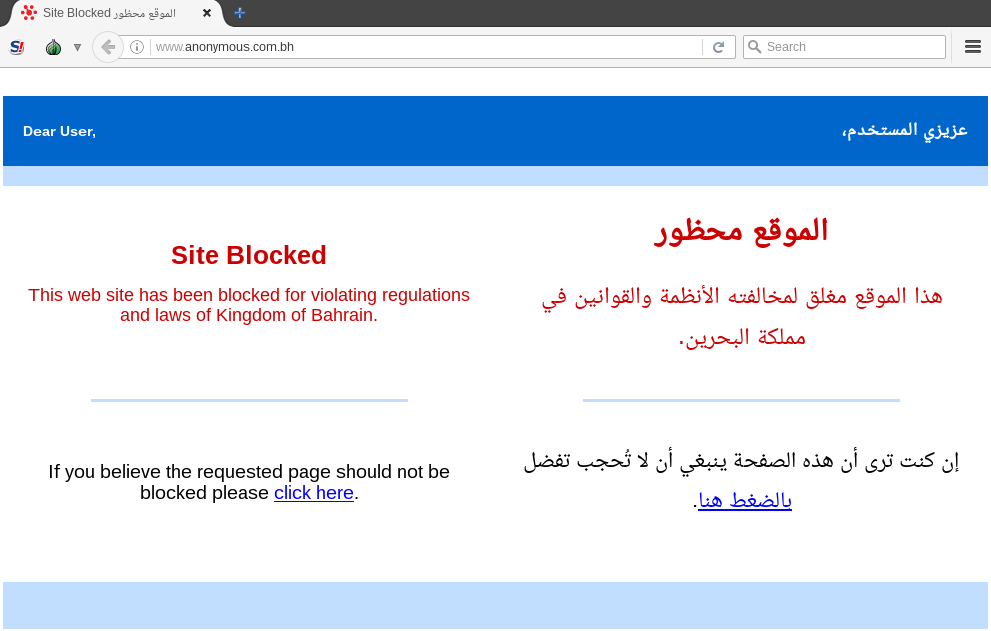 Netsweeper is a litigious cyberarms dealer that threatened to sue the University of Toronto's Citizen Lab when its researchers outed the company for its work in helping Yemen's despotic regime censor the internet; later, the company dropped its lawsuit.

Now, Citizen Lab has published a report documenting Netsweeper's collaboration with yet another autocratic, human-rights abusing government, this time in Bahrain.

*Internet filtering technology developed by Netsweeper, Inc. has been identified on the networks of nine Bahrain-based ISPs.


*
Testing on the ISP Batelco shows that at least one of the Netsweeper installations is being used to filter political content, including content relating to human rights, oppositional political websites, Shiite websites, local and regional news sources, and content critical of religion.

*
These installations appear to have become active between May and July 2016, a few months after the release of a public tender by Bahrain’s Telecommunications Regulatory Authority in January 2016 indicating Netsweeper won a bid to provide a ‘national website filtering solution.’

*
Our testing suggests that Netsweeper installations in Bahrain are communicating with and receiving updates from Netsweeper Inc.-controlled infrastructure.

*
Bahrain has been in a period of extended political crisis since a stifled uprising in 2011, and the Bahraini government has engaged in a series of repressive tactics against oppositional political figures and human rights activists, including torture, arbitrary arrests and the revocation of oppositional figures’ citizenship.

*
The sale of technology used to censor political speech and other forms of legitimate expression, to a state with a highly problematic human rights record, raises serious questions about the corporate social responsibility practices of Netsweeper, Inc.