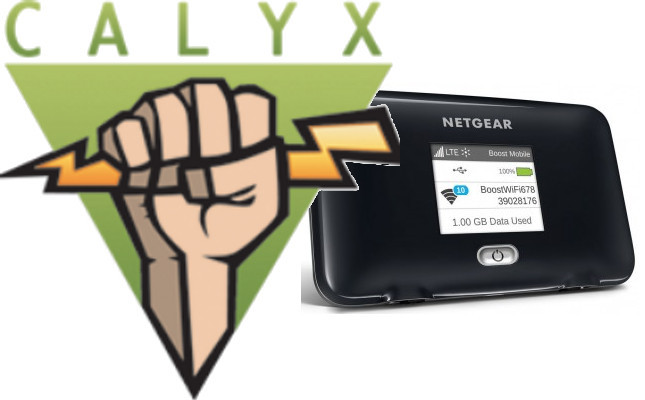 Calyx is a famous, heroic, radical ISP that has been involved in groundbreaking litigation -- they were the first company to ever get a secret Patriot Act warrant unsealed, fighting for 11 years to overturn the gag order.

Calyx is structured as a 501(c)3 nonprofit, meaning that they can accept donations and provide tax-receipts for them.


Here's where things get interesting!

In 2013, Sprint acquired a competitor called Clearwire in order to gain control of the company's wireless spectrum in order to launch Sprint's LTE/4G business. Now, that spectrum was originally allocated for educational purposes before being sublicensed to Clear, and it came with the requirement that non-profits get unlimited access at very low prices.


And Calyx, remember, is a nonprofit.

Calyx uses the wireless data service as a membership premium to help pay for their crypto and privacy supporting activities: to pay for multiple gigabit connections, data center space, etc.. to offer a whole array of free security and privacy services to the public including our LEAP based VPN, their encrypted instant messaging service, and their many Tor exit nodes.

The upshot? For $500, Calyx will send you a little wifi hotspot with a Sprint SIM in it that comes with a year's worth unlimited, anonymous, unshaped, unfiltered 4G/LTE bandwidth on Sprint's network. Unlimited as in, I downloaded 60GB with mine and it didn't break a sweat.

And it's a tax-deductible charitable donation.


Subsequent years are $400 (because you don't get another wifi gadget, just the service).


I've used mine in New York, Washington DC, New Orleans, Reno, Los Angeles, San Francisco, Kansas City, Boston, and Woods Hole, MA. I've had it for a couple months, and I find it lasts for 2-3 days on a single charge. I love being able to just open my laptop and go, without having to login to a hotel or airport wifi's bullshit authentication screen, and I've saved a ton on my phone's bandwidth charges by using the hotspot for network access on it.


I can't remember the last time I was this excited about network access. Every time I download a big file in the back of a cab, or while my flight is stuck on the tarmac, or when the hotel internet is saturated, I feel this delightful frisson like I'm getting away with something. Not every city has amazing Sprint reception (here's a coverage map), but there's been some connectivity everywhere I've been, and usually better than what I could get with my phone.

Plus, I get to support Calyx, who are on the side of the angels and making the world better in every way.