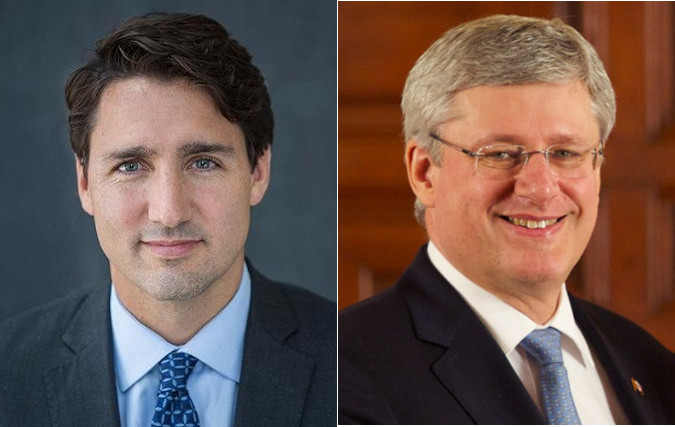 The old Canadian Conservative government of Stephen Harper had many controversial policies (cough climate denial cough), with mass surveillance powers very near the top of the charts.

When Justin Trudeau's kinder, gentler Liberals took office, they said they'd make amends for voting in favour of a surveillance bill that was so sweeping it was called PATRIOT Act fanfic (Canada is part of the USA's "Five Eyes" spying programme, collaborating with the US NSA on its illegal mass surveillance).

To that end, the Trudeau government has released policy documents and announced consultations into spying powers for Canadian spies.

But a researcher from Citizen Lab (previously) -- Canada's impeccable, world-class cybersecurity research institute -- and a staffer from Canadian Internet Policy and Public Interest Clinic (CIPPIC) -- Canada's best cyberlaw clinic -- have released a report condemning the Liberals' consultation as a sales-job aimed not at conducting a national debate, but rather steering the national debate into giving Canadian spooks all the powers the Harper government dreamed up and anything else they want.

In keeping with past attempts to introduce an unfettered digital identification power, the consultation documents have failed to make the case that such indiscriminate powers are needed. The documents repeat long enduring claims that current access mechanisms are ‘inconsistent and slow’, but fail to acknowledge the fact that such claims have been repeatedly discredited in the past. Moreover, the government has failed to explain to the public that law enforcement have long relied on existing production powers to access subscriber identification information in accessing all but a few narrow investigative contexts.

Perhaps worse, in making its pitch to the public, the consultation document revitalizes an ill-considered and outdated characterization of digital identifiers as ‘not so private’ – a characterization that has been flatly rejected by the general public in its opposition to past iterations of the unfettered identification power it proposes, by multiple evidence-based research reports which demonstrates its far-reaching capacity to invade, and by the Supreme Court of Canada. Replicating a trend that is regrettably evident throughout the consultation documents, the documents treat privacy in subscriber information as, at best, an afterthought. By ignoring the rich and detailed historical debate that has occurred in Canada on this matter the government has failed to acknowledge the privacy issues associated with indiscriminate access to digital identification.

Finally, while it is encouraging that the government is willing to engage in a public consultation prior to setting its national security agenda, it is disappointing to see yet one more cause du jour invoked in justification of what is clearly intended to be a generalized policing tool. In the context of this national security consultation, unfettered access to digital identifiers is presented as a national security measure intended to address critical counter-terrorism matters that are currently at the forefront of national attention and concern. However, as in past attempts to introduce this legislation, the power proposed is one of general application, meaning it will be used predominantly in other investigative contexts. Further, no specific explanation is provided for why this exceptional power is necessary even in the national security context. Indeed, upon the 2013 defeat of this proposal as embodied in Bill C-30, then Director of CSIS (an agency with broad counter-terrorism responsibilities) indicated that unfettered access to subscriber identification information is “not absolutely critical for us to do our work.” While on the one hand these identification powers may not be ‘absolutely critical’ to national security, their indiscriminate availability to agencies such as CSIS and CSE can have even more serious and far-reaching privacy implications, which will be explored in a future post.