US people pay more for health care, die sooner than people in other developed countries 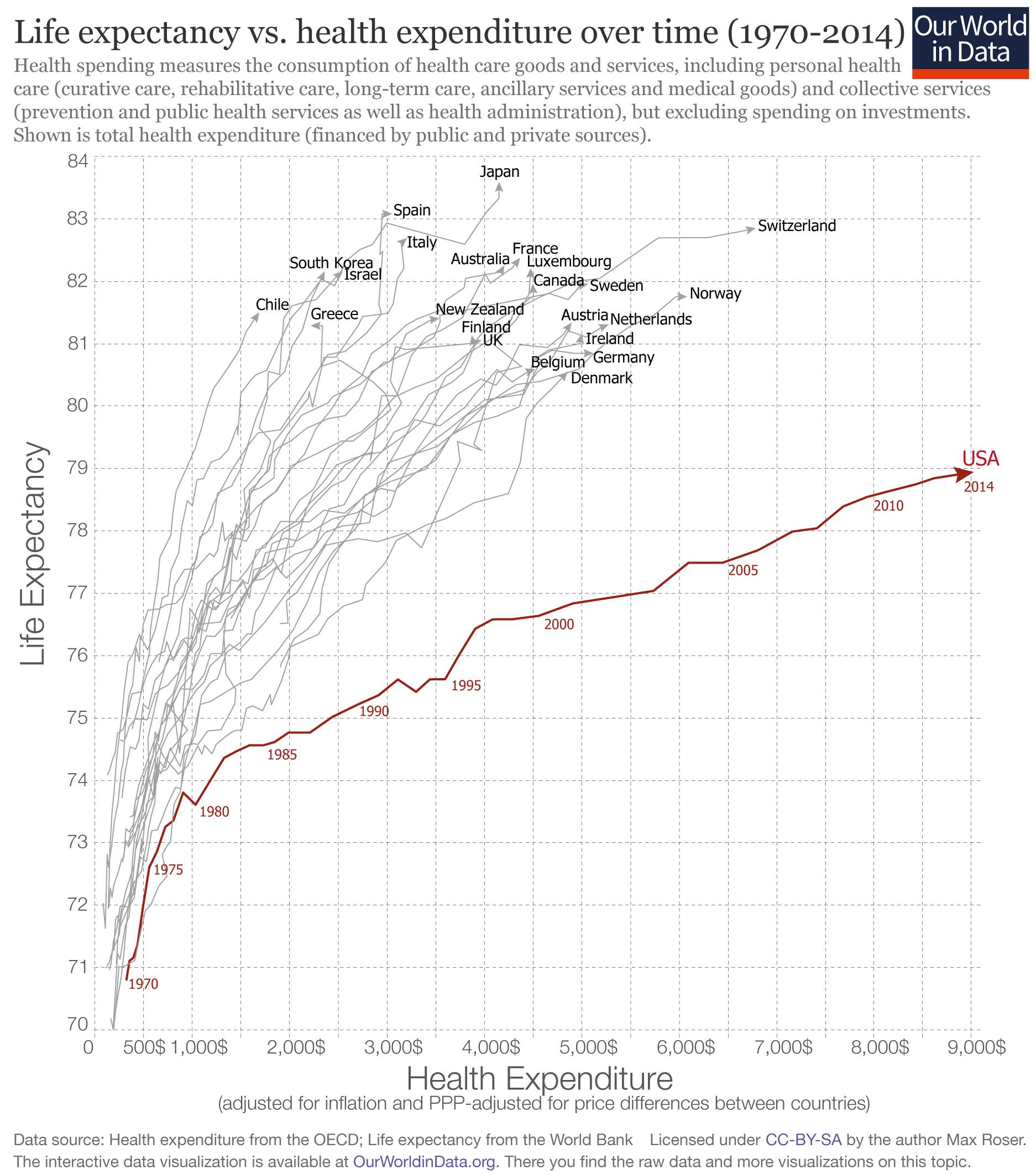 From Our World in Data: "The US stands out as an outlier: the US spends far more on health than any other country, yet the life expectancy of the American population is not longer but actually shorter than in other countries that spend far less."

"[L]arge inequality in health spending.... The top 5% of spenders accounts for almost half of all health care spending in the US."

NY now has ~8,000 cases of Coronavirus, about half of all cases in the US

The number of coronavirus cases in New York sharply increased to nearly 8,000 cases on Friday, a result of increased testing and the continuing uncontrolled spread of the virus that causes the respiratory illness COVID-19. This is 10 times higher than what was reported earlier in the week. New York now has half of all […]