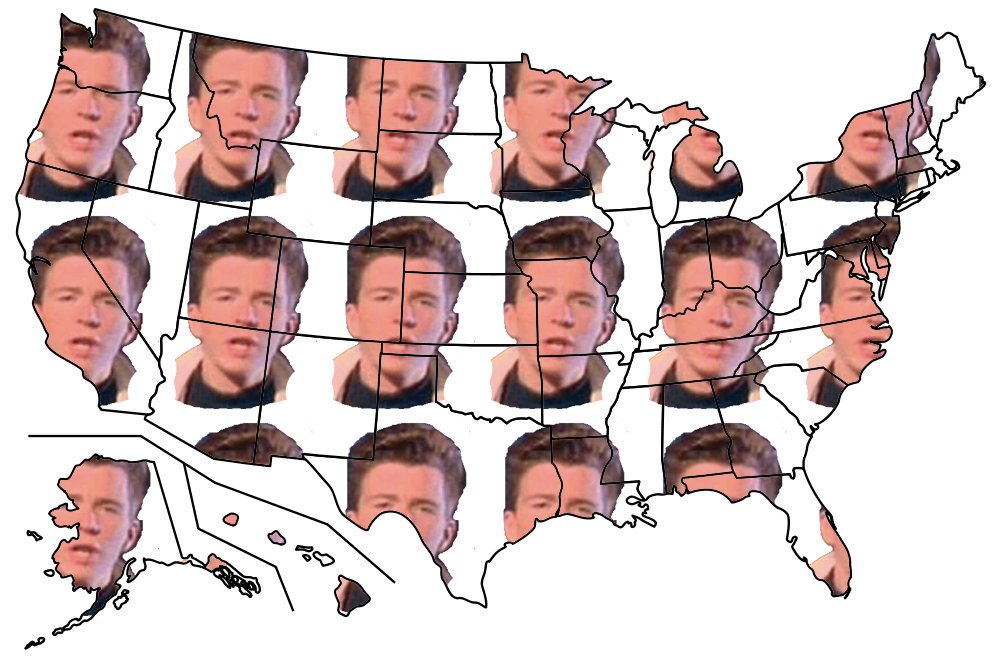 After maps showing the likely electoral map if only men (or women) voted, Twitter went crazy with the remixes. What if only bears voted? What if only memes voted? If only people never gonna say goodbye? The whole thing went from funny to saturation point to old in record time, and is already over.

On Exactitude in Twittering

...In that Social Network, the Art of Cartography attained such Perfection that the map of the Electoral College occupied the entirety of a Web Page, and the map of the Web Page, the entirety of a Tweet. In time, those Unconscionable Maps no longer satisfied, and the Cartographers Guilds struck a Map of the Electoral College whose size was that of a Tweet, and which coincided point for point with it. The following Generations, who were not so fond of the Study of Cartography as their Forebears had been, saw that this vast map was Useless unless it also fit into a Retweet. In the Deserts of Cyberspace, still today, there are Tattered Ruins of that map, inhabited by Animals and Beggars; in all the Land there is no other Relic of the Disciplines of Geography.