Digital Defenders: a free open-licensed booklet for kids about privacy and crypto 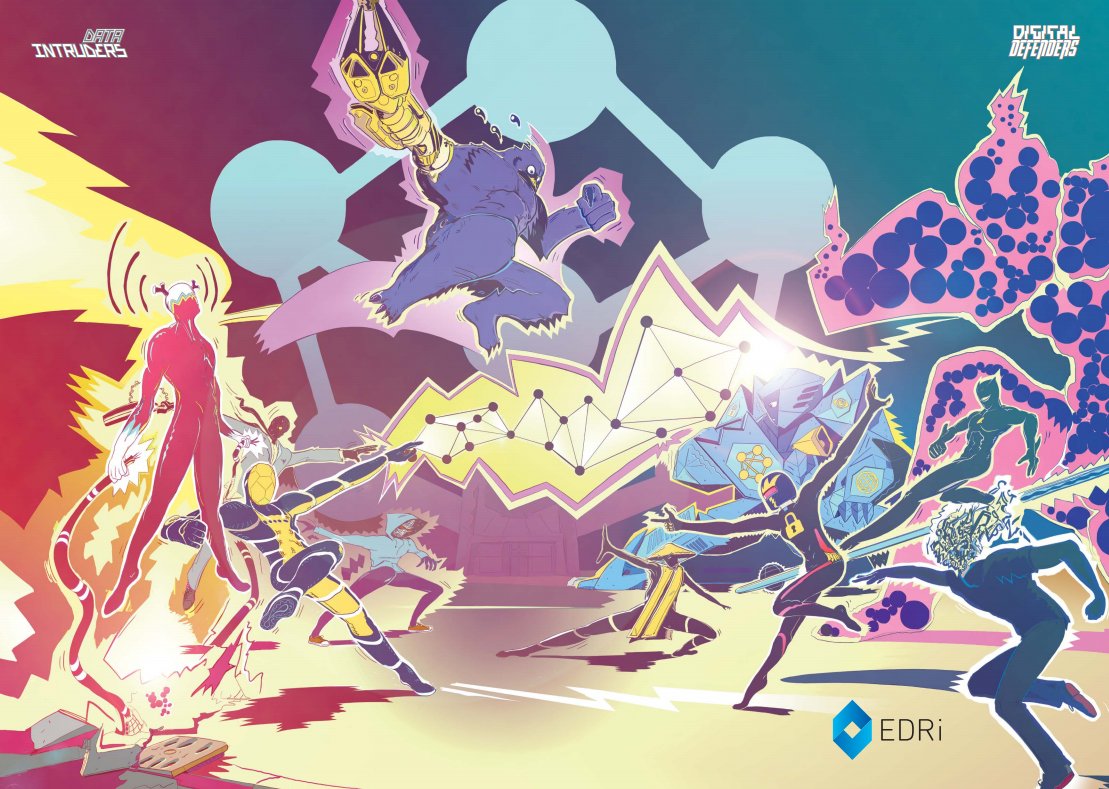 The booklet, aimed at 10 to 14 year olds, takes pains to stress the benefits of online activity -- it's no scare-story -- while still providing a critical educational resource about privacy tools, encryption, and online surveillance. It was created by a coalition of European digital rights groups, including Bits of Freedom, Open Rights Group, Chaos Computer Club, Digitale Gesellschaft, ApTI Romania, Mediamocracy and many more.


The story, illustrated by German comics artist Gregor Sedlag, is set in a parallel universe where "a team of superheroes (the Digital Defenders) fights a group of villains (the Intruders)."


The first volley of the booklet is in English, and EDRI is seeking funds to pay for translations and hardcopies. The comic is licensed CC-BY, meaning anyone can adapt it and even sell it, provided they attribute the original work to EDRI.

We tell our friends about our
daily life by sharing images
and videos with them online.


» Sharing is cool – but
photos and videos
can be copied easily.

Remember that it is always important
to make sure that we
are not sharing with people we
don't want to share with. People
might be able to see our private
images, and misuse them.


What is the problem? If we send
an image or video, we send a
copy of it from our device to
the device of a friend. Imagine
that our friend shares the image
again with others. Every
copy can be copied again.

If we share a photo or video online,
there will always be several
copies of it on different devices.
Even if we delete the original image
from our own devices, the
other copies will still be there.
When we share, our stuff can
get into the hands of people that
we didn't want to share with.